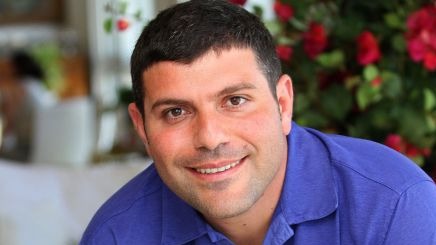 Crossrider, controlled by Teddy Sagi, raised $75 million in its IPO on London’s AIM Stock Exchange on Friday at a company value of $250 million, after money. This will be Sagi’s third company trading in London after Playtech Cyprus Ltd. (LSE:PTEC) and SafeCharge International Group plc (AIM: SAFE).

Shore Capital investment bank led the offering. After the offering Sagi is left with a 56% holding, the company’s employees hold 14%, and the public now holds 30%.

Sagi acquired Crossrider for $37 million in 2013, only 20 months after being founded by CEO Koby Menachemi and CTO Shmueli Achdut in 2011, This means that Sagi has made quintuple his investment (before money) in the company. Even when the fact that Crossrider made two acquisitions (Israeli companies Ajillion and Definiti Media) for $15-20 million in May this year, after Sagi’s acquisition is taken into account, Crossrider was offered at three times the investment in it, still not bad for a start-up that did not exist until the spring of 2011.

When it was founded, Crossrider focused on creating a platform for developing Internet browser applications. Since its acquisition by Sagi, however, and especially after completing the two above-mentioned acquisitions, Crossrider has specialized in optimization of Internet surfing traffic, primarily as a tool for analyzing the digital advertising market, which has made giant strides.

Crossrider disclosed its financial results for the first time, showing $15 million in revenue in 2013 (before the acquisitions of the Israeli companies) and $29 million in the first half of this year (including the acquisitions). It predicts its revenue in 2014 as a whole will reach $68 million, reflecting a 2.6 revenue multiple, before money. Like many companies in its field, Crossrider is making a profit; its EBITDA was $1.5 million last year and $8 million in the first half of 2014: an EBITDA margin of 28% and an estimated EBITDA multiple of 10, or even single digit, before money.

The company also said that it has recently set a new record of 150 million active users last month, and 1.8 million new users daily. At any given moment, Crossrider has 25, 000 live campaigns by its customers. The company has 140 employees, mostly in Israel.