The founder of Salesforce.com, Marc Benioff, has reached his goal of $10 million in donations to fight poverty. 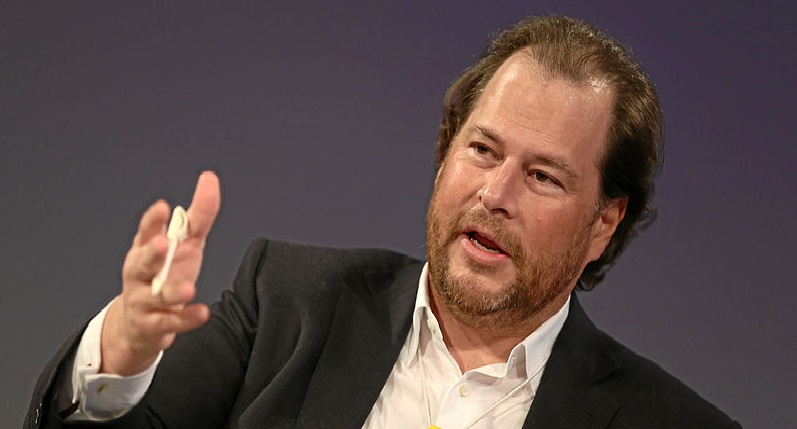 Two months ago the founder, chairman and chief executive officer of Salesforce.com, Marc Benioff, 59, challenged his fellow Silicon Valley millionaires to raise $10 million in donations to help the poor of the San Francisco Bay Area. Last week it was announced that the high tech entrepreneur had met his goal.

The companies that have each donated at least $500, 000 to the fund include high tech powerhouses Apple, Google, Dropbox, LinkedIn and Benioff’s own Slaesforce.com. More traditional companies, such as Levi Strauss, have also pitched in that amount to what is called the San Francisco Gives initiative.

SF Gives was established by Benioff in March. He hopes to eventually increase the fund to $100 million. When he announced the program Benioff said, “We don’t want to be the industry that looks like The Wolf of Wall Street. We want to be more benevolent.”

The CEO and founder of Tipping Point Community, Daniel Lurie, which is reviewing the anti-poverty organizations that are slated to receive the donations, said, “We are humbled by the generosity we’ve seen from some of the region’s most influential leaders on behalf of the most vulnerable members of our community. Meeting this challenge is just the beginning of our collaboration. These companies are dedicated to fighting poverty long-term and finding solutions that work for Bay Area families in need.”

Tipping Point raises money to help the disadvantaged of the San Francisco Bay Area. Its board covers the costs of all of its operations and fundraising expenses so all of the money donated to it goes directly to the needy. This includes the money raised by SF Gives.

With the aid of the high tech industry, San Francisco’s unemployment rate is only 4.8 percent. But statistics show that 1 in 5 Bay Area residents lives in poverty and the high cost of housing has forced many low and middle income residents to leave the city.

Headquartered in San Francisco, Salesforce.com is a cloud computing company best known for its customer relations management program. Forbes Magazine recently called it the most innovative company in America and listed it the seventh best company to work for in 2014.

A native of San Francisco, Benioff founded Salesforce.com in 1999. He was named one of the fifty smartest people in tech by Fortune Magazine in 2010.

Mr. Benioff is widely known for his philanthropy. He pioneered the 1/1/1 philanthropic model, whereby companies contribute 1 percent of profits, equity, and employee hours, back to the communities they serves. In 2007 the Committee Encouraging Corporate Philanthropy presented Benioff with the Excellence in Corporate Philanthropy Award and in 2008 invited him to become a director..