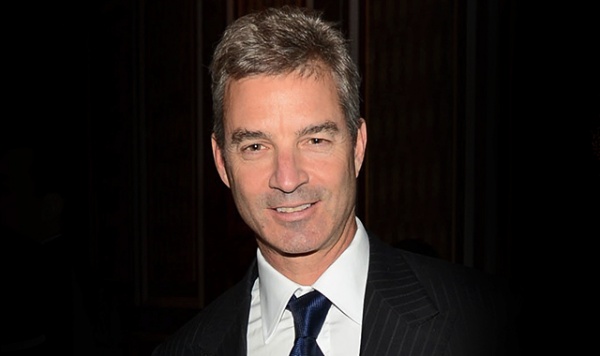 Activist Daniel Loeb, who runs the hedge find Third Point, has been attacking the management and board of Sotheby’s, the international art house, for several months now. The battle has been quite personal, too with Loeb demanding the resignation of the company’s chairman and CEO William Ruprecht. As a final insult he even called the auction house “an old master in desperate need of restoration”

After announcing he held a 9.3% position last October, since increased slightly to 9.6%, Loeb has been demanding corporate change, both in the way the company runs its business, in its approach to monetizing corporate assets such as real estate, and has also demanded three representatives on the Sotheby’s Board of Directors.

In response earlier this year, in January Sotheby’s published the result of a strategic review promising to return more cash to shareholders. This included promise of a special dividend of US$300 million, more regular share buy-backs, to internally allocate its capital to its different business lines more appropriately, and potentially spinning off its New York and London headquarters buildings. Otherwise Sotheby’s took a hard line towards Loeb, offering him just one seat on the board, which he rejected.

In addition as soon as Loeb had announced his offensive last Fall Sotheby’s put in place a poison pill, a.k.a. shareholder rights plan, designed to thwart efforts he might take towards a creeping takeover of the company and potentially penalizing any activist holder who exceeds a 10% position without the approval of the Directors.

Since then Loeb has hit back and is currently seeking to have the poison pill overturned in court and recently requested the company’s annual meeting, which is scheduled for May 6th to even be postponed while he litigates the issue. 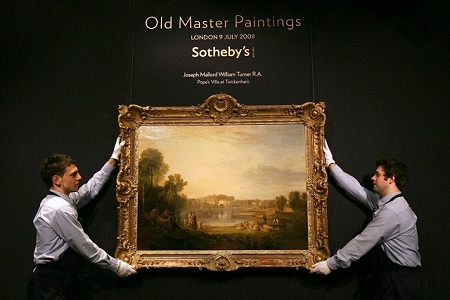 However, as background to all this the shares of Sotheby’s have actually done quite well in the last fifteen months, rising some 65% since the beginning of 2013 from about US$30 per share to a high of about US$51 per share at the end of February, before selling off to its present US$42 per share.

The current drop in the shares came after disappointing December quarter financial results were disclosed. These had however been coloured (!) somewhat by the failure of the massive US$83 million “Pink Dream” diamond sale to go through after its November auction, and which Sotheby’s then took into inventory.

Nevertheless, even after the drop the company’s shares are still up about 40% over the same period. This means that the company likely still has some leverage with its institutional shareholders, who may not be entirely convinced of Dan Loeb’s choice of target to begin with.

Since the best defence is attack, accordingly, Sotheby’s has now gone over to the offensive in the battle with Loeb, yesterday filing a 54 page presentation of slides rebutting his arguments, with the Securities and Exchange Commission.

While in some ways it is a typical muddled corporate Powerpoint stack, Sotheby’s does have a story to tell. Their most telling points are the claims of Loeb’s past attempts to essentially ”greenmail” other companies to further his own interests (and why not one might say actually?).

As one of several examples they use, Sotheby’s points in particularl to Yahoo’s agreement to buy back US$1.2 billion of its shares from Third Point after Marissa Meyer joined the company as CEO, and he then agreed to step down from the Yahoo Board. That agreement stood out at the time in the minds of a number of commentators, including the Wall Street Journal.

Sotheby’s now quotes an industry analyst directly, commenting on that specific transaction, who works for Gabelli. “This transaction is coloured by Third Point’s insider status, ” … “Third Point is giving up its Board representation as part of this deal, which smacks of greenmail.”

Sotheby’s also returns the favour for Loeb’s personal attacks on CEO Ruprecht, pointing out that neither Loeb himself, nor his own two hand-picked additional nominees to the Sotheby’s Board, have any art industry or auction house expertise themselves at all, hence bring little to the table with their activism.

After offering shareholders a total return over ten years of 305%, which is stated in one of the slides, essentially Sotheby’s are saying they know their business better than Daniel Loeb, and daring him to do his worst. In being so aggressive now, it seems Sotheby’s may have taken the pulse of their shareholder constituencies rather better than Loeb this time, though only time will tell.