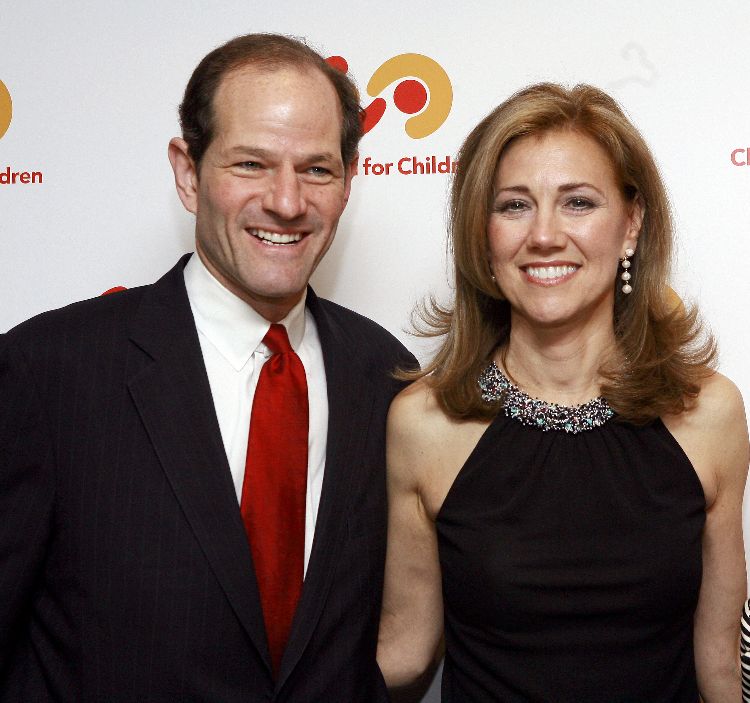 On Christmas Eve Ex Governor of New York Eliot Spitzer and his wife Silda put out a joint communique stating:

“We regret that our marital relationship has come to an end and we have agreed not to make any other public statement on this subject, ” the ex-governor and his wife said in the joint release.

It is not clear yet whether either of them has filed papers for divorce, though it is quite possible both their lawyers are now busy sorting out the details of a settlement right now. The two were married originally in 1987 and they have three children.

The couple had survived many years of a sometimes difficult marital relationship, including the scandal that ensued when he was found as Governor to be consorting with some bery high priced escort ladies, which forced him to resign the governorship in 2008.

It seems the couple have been living apart for several months, and the writing seemed on the wall when Silda refused to campaign for him during his recent run for political resurrections as City Comptroller for New York – a race which he lost at the primary stage.

All eyes are now on Mayor elect Bill de Blasio to see if he keeps his Press Secretary or finds a new one; he has never had much time for Eliot Spitzer so the professional relationship could have become toxic for Ms. Smith no matter how good she is at her job. When Spitzer was running for Comptroller de Blasio said he was just a ‘child of the elite’ and praised Spitzer’s rival Scott Stringer for his ‘real integrity.’

It also seems the happy new couple spent time together over Christmas Day at Ms. Smith’s parents home in Bronxville, according to the New York Daily News.

The new couple have been manner from heaven this Christmas Week for the New York tabloids, all of whom have been plastering their pictures over their paper as often as possible and revealing as many salacious details as they could find. Even six months ago the New York Post was already reporting Silda was fed up and ready to seek a divorce.

But if Bill de Blasio doesn’t like Eliot Spitzer personally, they will for sure cross each other’s paths over business matters from time to time as Eliot Spitzer runs his family’s enormous New York real estate company too, founded by his father Bernard Spitzer.

Just last week Eliot Spitzer announced that Spitzer Enterprises had just paid US$88 million to buy a Hudson Yards-area development site for a future development. The site is close to the enormous development planned by the Related Companies, led by Stephen Ross, which Jewish Business News reported on.

The mid-block site is located at 511 West 35th Street, between 10th and 11th Avenues, and also runs to West 36th Street. Apparently with current zoning, the 17, 281 square-foot parcel of land can be used for about a 172, 000 square feet building. Under the complicated zoning rules that operate in New York the development can be made larger, up to 415, 000 square feet by buying air rights and obtaining a District Improvement Bonus. 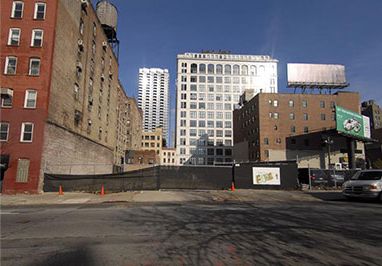