After all the many years of waiting, the World Trade Center is really starting to get plenty of buzz going for it again.

Then the Durst Corporation obtained official sanction to measure its own tower next door, Number 1 WTC, as being 1, 776 feet high and thus call itself the tallest building in the United States. It too will be ready soon for build-out by its tenants. When the dust settles it will open only a little later than Silverstein’s Number 4 WTC – something of a measured race to be sure between friends as well as competitors.

Then, as Jewish Business News reported earlier today:”Larry Silverstein Finally Puts The First Shovel In The Ground For $1 Billion Downtown Four Seasons Hotel Project” , the new downtown Four Seasons Hotel and residences at 30 Park Place, also a Silverstein Properties project, actually started construction on Tuesday. Both the hotel and the luxury condominium components will be ready for occupancy three years from now. 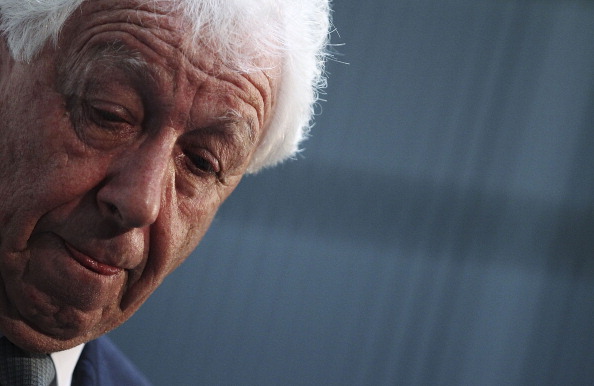 Finally, yesterday the international development arm of Australia’s Westfield shopping centre group, soon to be called simply the Westfield Corporation, bought the half of the WTC retail shopping center component that it did not already own.

Westfield has purchased it from its partner there the Port Authority of New York and New Jersey (PANYNJ), for US$800 million. Two years ago when it bought-in to the first half it paid just US$600 million.

One would have to say therefore that the PANYNJ, whose core mission is the business of providing transportation for New Yorkers, and is only reluctantly in the real estate business, has made a pretty good deal.

According to Scott Rechler, who is the Vice Chairman of the PANYNJ’s Board of Commissioners the two deals amount to about US$1.4 billion in total, and possibly even more including additional capital Westbrook is committing to invest to help construct the interiors of the retail spaces.

“[The price] highlights the fact that this retail space is going to be incredible, and that Westfield has a backlog of top-tier retail tenants who are eager to lease it, ” said Mr. Rechler yesterday.

He continued, “The retail experience will provide unparalleled service for the millions of tourists who visit New York, as well as the thousands of New York and New Jersey residents who work, visit, or live in Lower Manhattan.”

It seems many high profile tenants, including Apple and Victoria’s Secret, Theory and Michael Kors, are reported to have made commitments for space in the WTC complex, though no formal announcements have been made yet.

Even before 9/11 the old retail space there, also operated then by Westfield, was one of the best yielding shopping centers in America, and the new space will be much more spectacular.

Yesterday was a big day therefore for Peter Lowy, co-CEO of Westfield’s, who said,   “We have greatly valued our long standing relationship with the Port Authority, and will continue to work in close collaboration for the successful realization of the overall project”.

The initial phase of the retail component of WTC will be for 365, 000 square feet of retail space, and later an additional 90, 000 square feet will be added as well once a planned, but presently un-built, office tower at 2 WTC becomes more than a paper building.

PANYNJ’s own main concern now will be to bring the Transportation hub for the World Trade Center to completion. When it is finished in 2015, it will sit directly below the complex and will bring 200, 000 commuters and visitors to the location every single day.

With these kinds of developments under way, and now starting to come to fruition, one can see even more clearly the rationale for the Westfield corporate restructuring story we wrote about yesterday [here], whereby the Westfield Group are splitting up many of their business assets and will be placing all their international eggs in one basket.

Even the recent sale of some of Westfield’s existing mature US shopping malls to Barry Sternlicht’s Starwood Capital, the closing of which we reported on here [link], for US$1.64 billion, now comes into greater focus.

The monetization helped the overall balance sheet and provides Westfield with aditional primary liquidity, net of whatever mortgage debt was specific to those properties, for some of these prime new development activities and opportunities they have on the board, obviously including the World Trade Center itself.