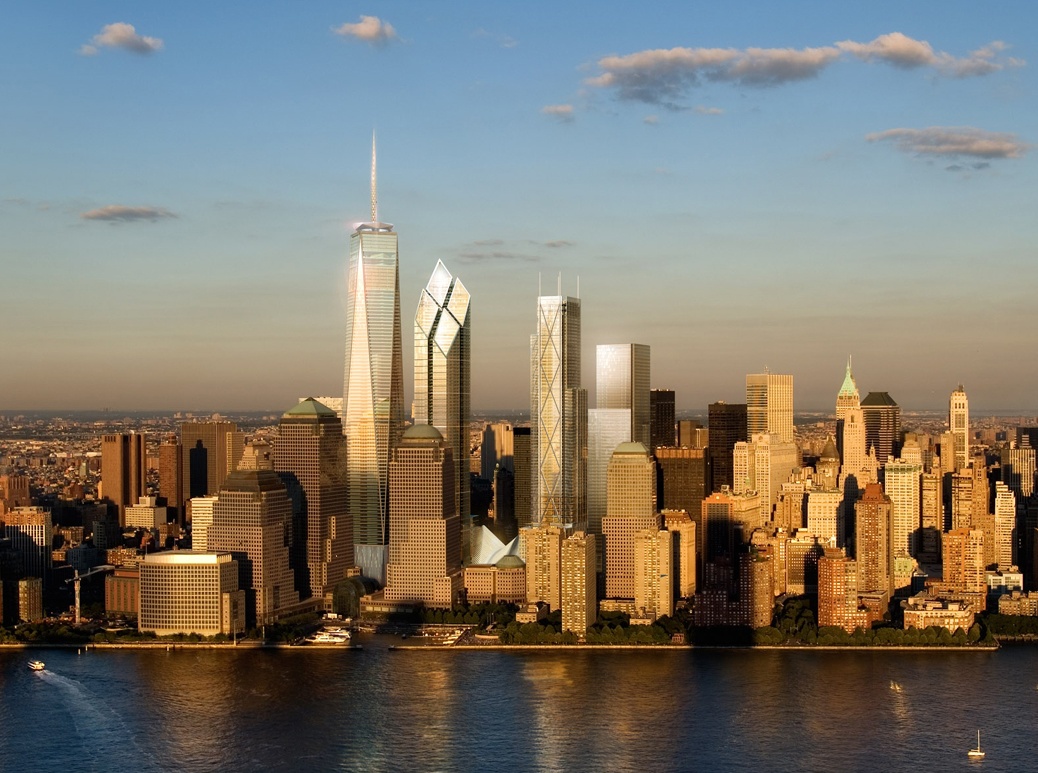 Twelve years after the disaster of 9/11, the rebuilding of the World Trade Center is finally all starting to come together, and that means a lot of new commercial space will soon be coming onto New York’s downtown market all at pretty much the same time. There are several parts of the project under way, in varying stages of completion and here we give you here a progress report on them all.

The original World Trade Center was built as several buildings, including the famous Twin Towers, on a contiguous 16 acre site owned by the Port Authority of New York & New Jersey, and leased for 99 years to Silverstein Properties of New York which is led by Larry Silverstein.

The new World Trade Center now coming to fruition also includes several office buildings, with two towers presently under construction and nearing completion, 1 WTC & 4 WTC; one just starting though facing possible delays, 3 WTC; one finished as long ago as 2006, 7 WTC; and, one more firmly planned though with no date yet even for starting construction, 2 WTC. These buildings are all actually completely contained within the original 16 acre site except for one, 7 WTC, which is built on immediately adjacent land separately owned by Silverstein properties directly.

The footprints of the original Twin Towers themselves have become a memorial which will not be built upon. A Westfield shopping center is also being built on the site, sitting directly on top of the massive underground transportation hub that will bring workers and visitors to and from the massive complex every day. 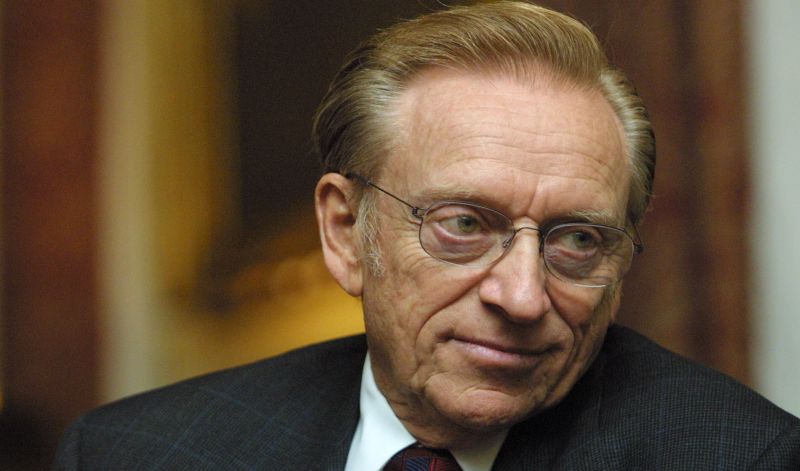 Silverstein Properties are just now getting ready to bring their own project, 4 WTC, a 2.3 million square foot building designed by Fumihiko Maki, officially on-stream with a ribbon cutting ceremony to take place Wedensday, Nov. 13 next week. Afterwards the building’s new tenants will shortly thereafter be able to begin building out their space and move in a year later at the beginning of 2015, which is when the new transportation hub commences operations as well.

Durst Corporation are also now putting the finishing touches to the outside of their own, 1, 776 feet high, 2.8 million square foot building, 1 WTC, the centerpiece of the whole development, which it is developing in a joint venture with the Port Authority of New York & New Jersey. This will be the next building completed, and ready for tenant build out to begin sometime next year. 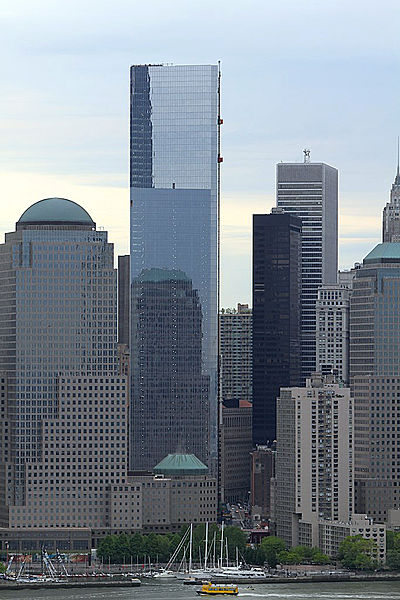 Since a lot of large financial firms fled Wall Street for mid-town, possibly even for good, in the aftermath of the fall out from the financial crisis of 2008 such a, hopefully, only cyclical reduction of demand is therefore compounded by major new supply arriving at precisely the wrong moment. US$75 triple net rents certainly don’t help either.

Departing and/or downsizing financial companies have now between them already left New York’s downtown landlords with over 6 million square feet of empty space to fill, perhaps as much as 7 percent of the whole downtown office market, according to the brokerage firm Newmark Grubb Knight Frank, as reported by Bloomberg.

The office and retail complex right across the street from the World Trade Center,  Brookfield Place (formerly World Financial Center), itself has nearly 2.7 million square feet being released back to the landlord next year by Bank of America. This relates to former Merrill Lynch space that Bank of America holds there, having taken over the firm during the financial crisis. This obviously represents a substantial portion of the whole 8 million square foot complex. 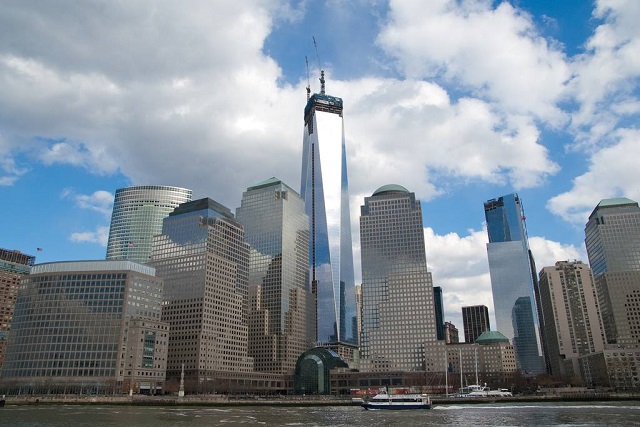 Brookfield Place in front of  One World Trade Center /Wikipedia

In response downtown landlords are repurposing their buildings to attract smaller tenancies, and Brookfield Place is totally revamping its large retail component there as well, all part of the competitive response to the imminent completion of the two new towers across the street.

However all is not doom and gloom, and the buildings of the World Trade Center itself at least have the advantage of being the latest, and most modern, commercial office buildings in the world. All the suburban trains will run right underneath and the Calatrava-designed shopping center built on top of the transportation hub looks to be spectacular.

Also, it is possible some of the pressure on the supply of downtown office space may be eased by reconfiguring it for other uses. For example the Chase Manhattan Plaza has just been sold by JPMorgan Chase to Chinese buyers for US$725 million, with one rumour being they may convert part of the 2.2 million square foot building to high-end residential or hotel use. Then too, as in most cyclical down-turns the newest Class A buildings may simply suck out tenants from many of the older lower quality buildings in a neighbourhood, with temporary incentives along the way to help lubricate the process.
– 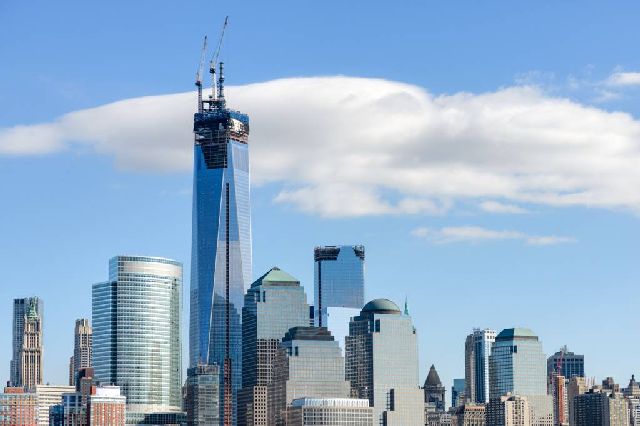 Meanwhile Larry Silverstein is also working hard to ensure that the second of the three new buildings he controls on the World Trade Center Site, 3 WTC, can go beyond the first eight floors which so far are all he has committed to there. It seems it will take a significant additional amount of leasing to enable this building to pass an initial 400, 000 square foot leasing threshold that will keep him onside with his bankers to finish the planned 2.5 million square foot building.

Some recent news reports indicate GroupM, an advertising planning and placement firm owned by media giant WPP Inc, may be working on terms to lease 515, 000 square feet there, which if it should materialize would help put the building on direct course for completion. Other tenants he had hoped to sign apparently may have gone across the street instead to Brookfield Place, in what is obviously a very competitive leasing environment.

Plans for constructing the last of the new buildings currently planned to go up on the World Trade Center site, the 2.4 million square foot, 2 WTC, have basically been put on hold completely by Larry Silverstein until market conditions get better – which could now take quite some time. Another once planned building, 5 World Trade Center on the site of the old Deutsche Bank building seems now to have been deferred, possibly indefinitely, after huge site contamination problems and subsequent fire damage. This building is located at 130 Liberty Street and not really connected to the overall complex however, except in spirit perhaps as it was very heavily damaged in the 9/11 attacks. 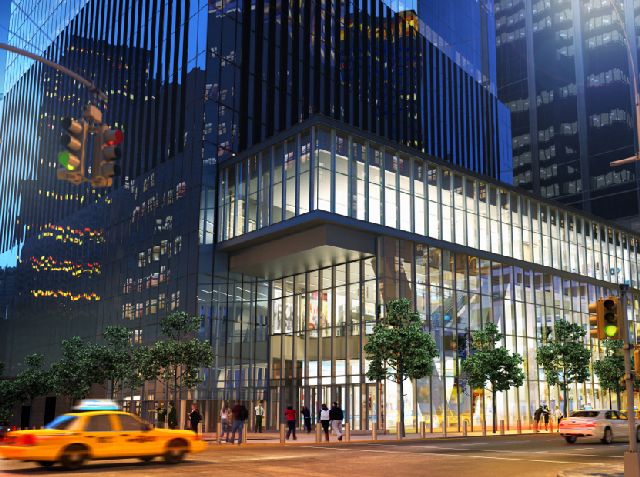 The very first building to get built was finished in 2006 when Silverstein completed 7 WTC, a 1.7 million square foot building, at a cost of US$700 million and also the very first building of the whole complex, and which today is fully leased. This building was built outside the original 16 acre site of the original World Trade Center on immediately adjacent land owned directly by its developer, Silverstein Properties. Since he owned the land himself it was easier to get started there with fewer approvals to obtain.

Finally, to add to Larry Silverstein’s current woes the Port Authority of New York & New Jersey, which as the lead-tenant at 4 WTC has leased some 600, 000 square feet from Silverstein, is now recently reported by the New York Post to be hinting it might sub-lease some of its space back onto the open market now the building is close to being finished, unless Silverstein agrees to takes back about 150, 000 feet of their space for himself.

This is a potential threat that should be taken seriously. However all parties in the World Trade Center, which includes Silverstein, Durst and the Port Authority itself, which indeed owns all the underlying land which they then leased back to Silverstein for 99 years as master lessee, have an interest in maintaining the official posted rents as much as they can, so that they can ride out the storm until leasing conditions improve and ensure the long term viability of the whole complex. Small side deals are one thing, and are normal in this business, but sinking the whole level of rents would hurt everyone if they start really competing with each other head on. It is one thing for Brookfield Place to do it, as they are not related parties in any way, quite another for the WTC partners, for that is really what they are, to do so. 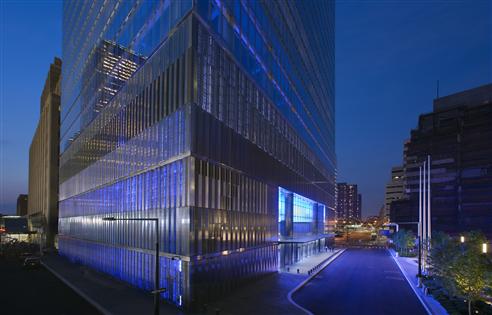 Whilst they do very much have competitive outlooks, nevertheless they are also to a degree chained together with certain common interests. This is therefore a very high stakes game of chicken, and moreover one where if they get it wrong all sides can lose. In this business patience and playing it long is a crucial determinant of success.

Completely separate to all of the World Trade Center’s current growing pains, Silverstein Properties is also active nearby too, at 30 Park Place where the company recently announced it had financed and was proceeding with another major project; this time to build a 926 foot skyscraper. With a 185 room Four Seasons Hotel and 157 Four Seasons branded private residences the property will be the tallest residential building in downtown Manhattan. So even if the remaining office towers at the World Trade Center take a little while to take off Larry Silverstein will likely still have a full plate to deal with every morning. 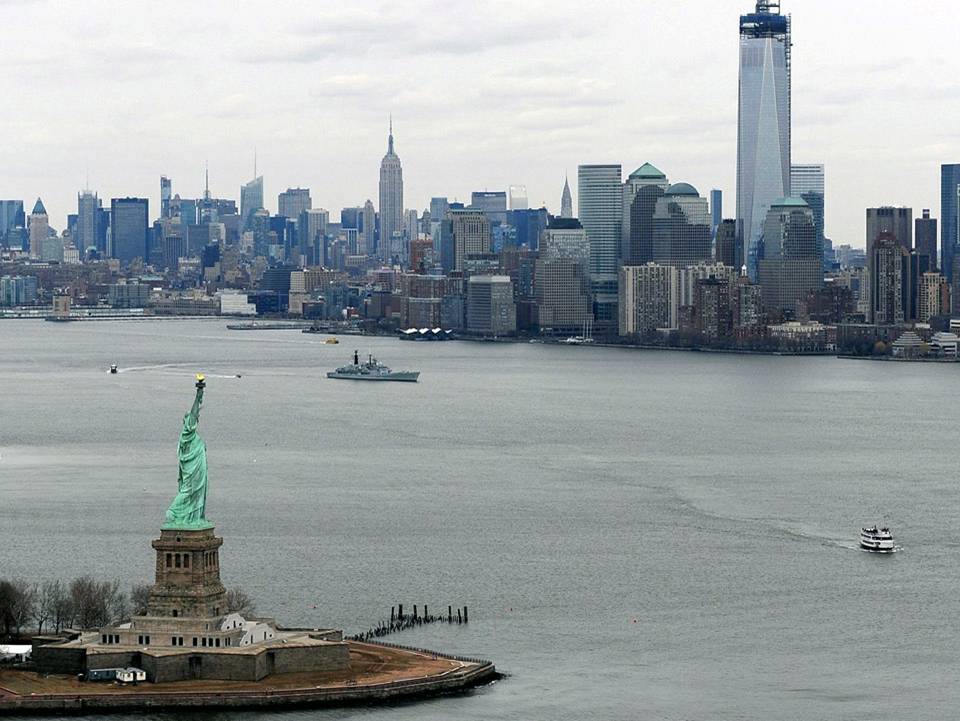