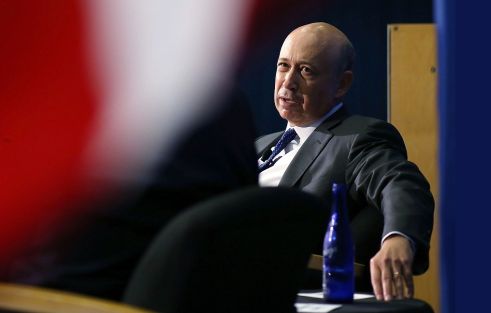 Lloyd Blankfein, the head of Goldman Sachs, spoke at the Bank of America Merrill Lynch Banking and Financial Services Conference in New York . There were a number of interesting sound bites liberally scattered about throughout his impeccably delivered speech, and subsequent questioning by the audience, perhaps the most important being his drawing a line in the sand about Goldman’s culture.

Investment banks in general and Goldman Sachs in particular have taken a lot of heat lately, and some may say much deserved at that, in the regulatory and political domains in particular for continuing their practice of paying themselves huge bonuses even in bad times, when others have had to cut back at best or even be laid off and lose their incomes entirely.

Lloyd Blankfein said when considering bonuses the company took into consideration “pressures in the business” and the company’s return on equity. Elsewhere financial analysts have already noted that without the bonuses accrual cuts he has indeed already made, Goldman would actually have ended up with an ROE of less than 10% so far this year instead of the 10.4% Blankfein says it did manage to achieve.

While on the same subject however Blankfein praised the loyalty and commitment of his team, and continued:

“There is always a war for talent; we’re always under pressure for good people, ” he said adding, “it isn’t the most intense period of that war that we’ve ever experienced.”

While pay was down this year, it would increase in better times, he said. “That’s what allows us, by the way, to take down comp so dramatically in a poor environment and still retain our people because they have the experience of knowing the contract goes both ways.”

Turning to the competitive landscape Blankfein stated that “Weaker” investment banks may be embracing “larger strategic change” but Goldman Sachs does not need a “wholesale” overhaul and it can cope by means of “tactical” adjustments – such as the bonus cuts.

He continued with the same take no prisoners approach: “Difficult operating environments might lead management teams to overreact However, when you have a strong franchise and a track record of superior returns, overreacting may be the most dangerous thing that you can do.” 10% ROE isn’t a great return on equity to this writer’s mind, and certainly not to his either, but at least they are making money still in continued tough economic conditions.

“There was a period of time where it was quite shrill and quite negative and quite arm’s length, and it hasn’t been that way for quite some time, ” Blankfein said. “I think we’re a long way from 2008.”

About the Volker rule designed to dissuade banks, including Goldman, from conducting proprietary trading whilsgt acting in the same markets for their clients he said the bank believed the Volcker Rule will limit its ability to invest in hedge funds, so it has been winding down those investments.

Finally Goldman’s third quarter earnings had suffered from a drop in fixed income trading results. Blankfein commented that Goldman “remains committed to all our FICC (fixed-income, commodity and currency) businesses.” “If other banks choose to scale back their units” he said, “all the better.”

Altogether Lloyd Blankfein gave his usual very polished performance to the cream of the financial world in the audience, fully befitting the head of the nation’s premier investment banking institution.

Advertisement. Scroll to continue reading.
In this article:Bank of America, Finance, Lloyd Blankfein