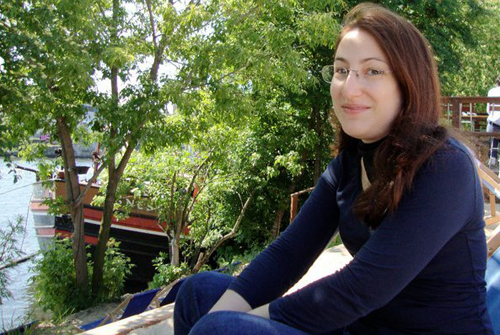 Did you know that one in five Jewish persons in New York lives in poverty? If you didn’t, you are not alone: it is a little-known reality, even in the Jewish community. Unfortunately, this contributes to reinforce stereotypes that help anti-Semitism flourish. This is the genesis of our upcoming documentary, ironically titled “Jews Got Money”,  which I produced and first-time filmmaker Sasha Andreas directed.

The shooting took place in New York City last year, and most of our film consists of interviews with charity leaders who have first-hand knowledge of Jewish poverty. Unfortunately, news recently emerged that one of them, William Rapfogel, has been indicted on allegations of fraud and theft against the nonprofit organization he directed, New York’s Metropolitan Council on Jewish poverty (“Met Council”).

We were shocked to learn about his arrest: while he hadn’t kept his promise to help us promote our work,  his remarks in our documentary were and remain highly relevant. More importantly, we are still appalled to think that resources might have been taken away from people in need, and we are worried that the scandal might take attention away from the work of Kosher food kitchens and other Jewish charities.

The Hebrew Free Burial Association is one of those associations. Almost invisible to the general public, it performs the thankless task of giving a decent burial to poor co-religionists. Since its inception in the 1880s, it has buried over 60, 000 indigent Jews, from newborns and elderly people to victims of the 1911 Triangle Shirtwaist Factory fire.

As part of our research work, we also recorded a very interesting meeting with the Conference of Presidents’ executive vice chairman Malcolm Hoenlein, who has been described as “the most powerful Jew in the Western world.”

Our journey making this documentary has been rich in teachings. One of the things we learned is that Jewish poverty is more diverse than you may think. In New York City, which has the largest Jewish population outside of Israel, the Jewish poor include Orthodox Jews, but also elderly Holocaust survivors who lost their relatives and Soviet Jews who emigrated to the U.S. after the fall of the USSR, as well as families who, like many of their fellow Americans, deeply suffered from the financial crisis.

We also discovered that the taboo is more powerful than we imagined. Our difficulties had already started in the pre-production phase. After five years of trying to find backers with no luck, we ended up filming our documentary on a very small, self-financed budget. As a matter of fact, it wouldn’t have been possible without our cinematographer,  Dave Burdette, who made himself and his equipment available for a token sum.

One year has now passed since we completed the editing, and yet we still have to find a distributor. Unfortunately, 99% of the journalists to whom we have reached out ignored us, and no philanthropist helped us. We were granted the opportunity to blog about our work in the Huffington Post, and now in these columns, for which we are very thankful, but the only print media outlet that spontaneously requested an interview was Belgian magazine Regards.

We are deeply saddened to see that the first documentary on this topic is welcomed with indifference, skepticism and silent hostility. Not only does ignorance fuel anti-Semitism, but it also deprives dedicated charities from donations they need as much as ever. While ‘tzedakah‘ and philanthropy are deeply entrenched in the Jewish culture, many Jews don’t know that invisible members of their community also need help.

The taboo is such that we are starting to wonder whether our work is doomed to fail. Still, we are hopeful that we can contribute to breaking the silence. Are we wrong to think so? Find us on Twitter and share the word about “Jews Got Money” to help debunk a damaging stereotype.

–
In this article:new york, Finance