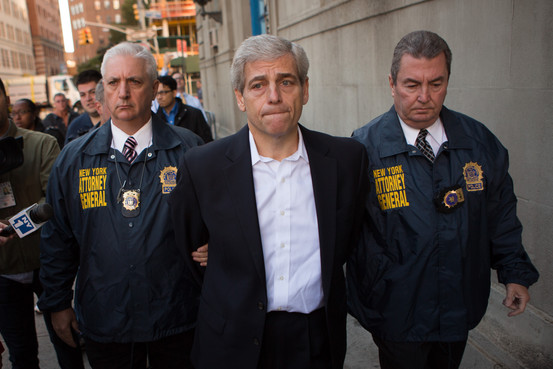 Prosecutors in New York yesterday indicted the former head of the Metropolitan Council charity organization, William Rapfogel alleging fraud and theft of the charity’s resources. Mr. Rapfogel entered no plea to the charges.

Taking care of others in need is a fundamental tenet of Judaism going back all the way to biblical times; and, in today’s world it is no different.
In the modern era, Jewish opportunity to flourish and succeed in the world of business and society outside of the ghettos where for centuries they were previously forced to compress their lives as a group, has been unparalleled and the results sometimes extraordinary. This has led, in turn, to an enormous expansion of Jewish philanthropy as well, to help both members of their own group and for the benefit of the wider society in which we all live.

Jewish philanthropic organizations have accordingly multiplied wherever there are Jews. However the requisite levels of organization and financial control to manage them effectively have not always been perfect. When people are volunteering their time, usually without compensation, to sit on charity boards and oversee paid functionaries running sometimes very large budgets then incidents of both waste and potential fraud can, and unfortunately on occasion do, occur.

The Rapfogel case in New York is a good example, where a criminal case was filed yesterday by prosecutors in the Criminal Court of the City of New York against the defendant William Rapfogel, for allegedly stealing as much as $5 million dollars from the charity organization of which he was the Chief Executive Officer over an extended period of time. Mr. Rapfogel entered no plea to the charges.

William Rapfogel was CEO of a New York State incorporated charity organization called Metropolitan Council on Jewish Poverty (“Met Council”) from 1992 until his job was terminated last month. As such he earned a salary of about US$400, 000 per year.

The primary goal of Met Council is to serve as advocate for the social welfare needs of the poor, near-poor, and elderly in the metropolitan New York City area. The charity provides social, economic, housing, and family violence services, and emergency financial assistance. Met Council also operates a food program to deliver food packages to low-income households.

The indictment charges Mr. Rapfogel and two un-named confederates with grand larceny, money laundering and other crimes. The indictment lays out in detail some of the schemes by which large sums of money were allegedly diverted from the organization. It is alleged that some of the money stolen went to his un-named co-conspirators; some of it was allegedly directed to politicians and political organizations. Finally Mr. Rapfogel himself, a very high profile figure in the world of Jewish charitable causes in New York, is accused of keeping more than US$1 million for himself.

One of the primary methods of syphoning off funds allegedly took place through the overbilling of insurance services provided to Met Council over a long period of time, with the differences being converted to, and pocketed in, cash.

Such cash-stuffed envelopes clearly added up. According to the indictment US$400, 000 was recovered from Mr. Rapfogel on three separate dates during the month of August alone.

Mr. Rapfogel acknowledged unspecified wrongdoing when the charitable organization, known to everyone familiar with it simply as Met Council, finally discovered the financial improprieties and fired him last month. He issued a statement then saying, “I deeply regret the mistakes I have made that led to my departure.”
After the court hearing yesterday , Mr. Rapfogel made no further statement. His legal counsel, Paul L. Shechtman, however did say: “Mr. Rapfogel hopes for a fair resolution of this case and will continue to make amends to Met Council. It’s a sad day, but happily people who know Willie well are still in his corner.”

Since he entered no plea at this time Mr. Rapfogel is thought by some observers to be hoping to cut a plea bargain. If that were so one might infer that could include providing help in bringing the un-named parties into the case as well. Presumably, if the evidence had been strong enough this would have otherwise already have happened.

It makes for a very sad day to read this kind of story, and it is even sadder really to have to write about it; those misappropriated funds, if indeed the allegations turn out to be proven, could have helped a lot of poor people in need.

It also, and inevitably, complicates the personal lives of those around you and of those you love. In this particular case it turns out that Rapfogel’s wife Judy has for over thirty years served as Chief of Staff to Sheldon Silver, the Speaker of the New York State Assembly. The State Assembly has in some years provided US$1 million in grants to the Met Council, and he has also attended some of the charity’s fund-raising events.

A spokesman for Mr. Silver has stated that Mrs. Rapfogel was not aware of the money that is alleged to have been stashed in their home nor of any improprieties that prosecutors have alleged that her husband may have committed.

In this article:fraud, law, Finance, Criminal