The “SoMa” Newark Development project will activate and change the experience on both sides of the street on over five city blocks in its first phase of approximately 400, 000 square feet. SoMa stands for “South of Market”, by the way, referring to Market Street.

World-renowned architect Richard Meier, who was actually born in Newark, has master-planned and designed the whole project. Tishman Construction, ARUP, & Field Operations together form the internationally acclaimed team that will build it.

The project is located across the street from University Heights, Rutgers University, the New Jersey Institute of Technology, University of Medicine and Dentistry of New Jersey; and, Essex County College. 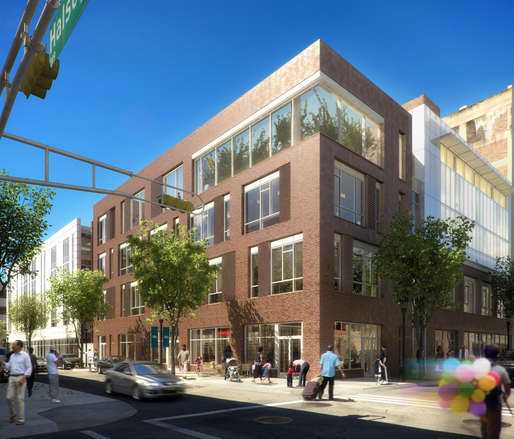 Berggruen, recently came to Newark to give a tour of Teachers Village, a six-building complex which is the first phase of his planned new development. Only two of the initial buildings planned are completed so far, one with a stylish white exterior designed by architect Richard Meier. “They are beautiful buildings, ” Berggruen said proudly. Teachers Village houses three charter (i.e. private) schools and will also include 205 apartments for both charter school and public school teachers. Berggruen Holdings is the largest equity investor, with other financial partners including Goldman Sachs and Newark’s Prudential Insurance.

Berggruen’s goals for the $150 million Teachers Village are certainly ambitious, and indeed just the start. He wants to completely reinvent the downtown of Newark. Over the last forty years real estate developers have shied away from investing in Newark because of its historic problems. As a contrarian Berggruen thinks this can create an opportunity for value prospectors like himself to re-gentrify the city all over again. “It’s the fantastic location, ” he said to Business Week. “This is located right next to New York.” This is indeed equally as true of Newark as it has been of Harlem itself, part of which are already well along in the gentrification process after a similarly difficult history. This can take a long time but for patient investors there can be rich profits if it is accomplished convincingly enough. Proximity is a powerful incentive over the long run.

Serious development in any new location requires local partners to implement a vision. Berggruen first met Ron Beit, a New Jersey developer nine years ago. According to Business Week Beit says he told Berggruen one night over dinner in Manhattan there were opportunities in Newark. “Nicolas was like, ‘Let’s go take a look, ’” Beit recalls. “The next day, we walked around here, and he said, ‘Buy it all.’” So Beit started buying land in 2005 with money from Berggruen and together they painstakingly assembled a 17 acre site in the heart of downtown Newark. 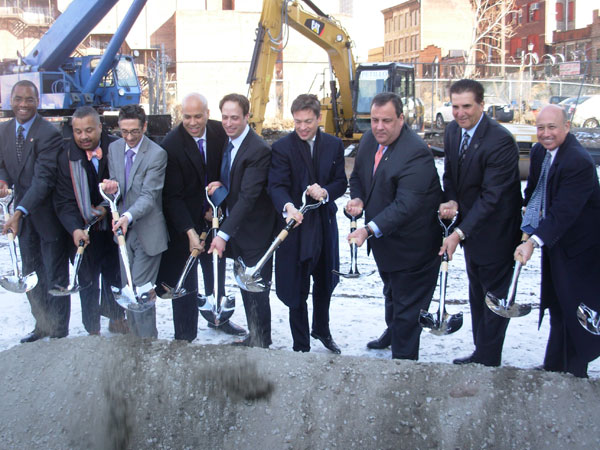 As initial tenants Berggruen has chosen Charter Schools which will occupy the initial buildings – and is obviously why this phase is called now Teachers Village. Apartment buildings are under construction and will follow. Banks, restaurants, and other tenants interested in street-level retail space to be provided in Teachers Village are signing up in a process that gathers momentum as it proceeds, much like a rolling stone gathering moss. The schools were ready to come now; as development proceeds more mainstream commercial tenants will follow, is the expectation.

Berggruen said he and his partners plan to develop more of the land that they own here. He hopes the early success of Teachers Village will bring more people to the neighbourhood. “The more there is, the more it will re-energize the neighborhood, ” he said. “If there are people, especially young people, who are interested in coming into Newark, you’ll begin to have immigration. That’s the key: immigration into the city.”

And if people do indeed come crime will then recede is a commonly seen phenomenon in inner city rejuvenation, when a virtuous circle instead replaces one that has hitherto been purely a vicious one.

See all stories on Nicolas Berggruen :