Natalie, who as a teenager was already a film star , as well as attending  university, wants to pass on the Marvel of study. 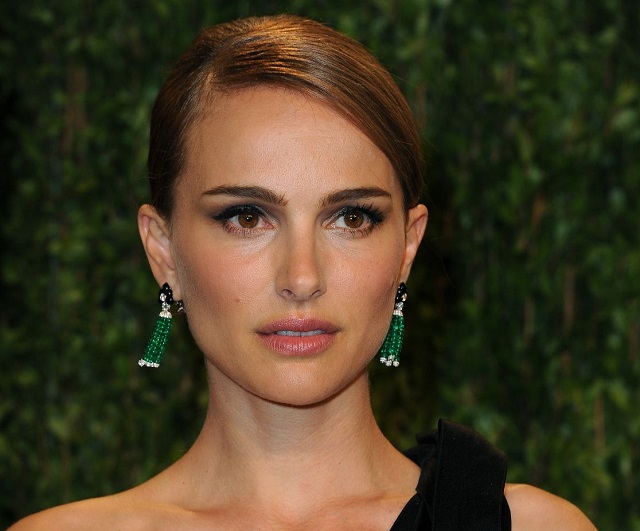 Natalie Portman, a rare combination of beauty, brains and talent, has shown another side to her character.  A willingness to provide inspiration for teenage girls who are interested in such “uncool” subjects, these days of science, technology, engineering and mathematics, or STEM as they are generally known.

With the backing of Marvel comics, publisher of the Thor comic book, in which Natalie starred in the original film version of Thor, and will shortly appear in the follow up, as astrophysicist Jane Foster, Natalie will be the figurehead of a campaign to encourage aspiring young women to learn more about careers in the these important fields.

Marvel and Ms. Foster have launched a mentoring competition, aimed towards teenage girls attending high school, where the winners will be given the opportunity to meet and work alongside women who have made a successful career in science, and learn what has drawn them to the profession.

The competition’s winners will be able to not only participate in experiments and interactive events, but also spend time with inspirational female figures in the sciences, conduct interviews as well as being provided with first hand advice and answers to their career questions..

In order to take part in the competition, which ends in ten days on the 20th of October, suitable candidates have to log on to the Marvel Ultimate Mentor Adventure website. Those girls who meet the criteria will be able to interview a female professional involved in any one of the four STEM offshoots. Each interview conducted which will be restricted to five minutes in length, will be videotaped, and will include a postscript on why the contestant feels that they would benefit from a career in STEM.

The competition’s winners will be guests of Ms. Portman and Marvel comics at the Hollywood premiere of the new Thor movie (The Dark World), due to take place later in the year.

Discussing her part in the competition, Natalie Portman pointed out that movies can inspire the scientist in us, something that they certainly did for her, whilst partnering with Marvel to help inspire girls in particular is truly wonderful.

Natalie Portman was born in Jerusalem, Israel, and brought to the United States when she was just three years old. The Portman family first settled in Washington, D.C, before moving to the suburb of Jericho, on Long Island, in 1990.

After graduating from High School in Long Island in 1999, Natalie went on to study ballet and modern dance at the American Theater Dance Workshop in New Hyde Park, New York, later going on to study at the Sudan Center for the Creative and Performing Arts in Wheatley Heights, on Long Island.

Natalie was recognized as being a prodigious talent, earning her first film role, when just thirteen years old, playing the part of young girl whose parents were killed by gangsters in the 1994 action film Leon: The Professional.

When she was still in her late teens, Natalie’s film career really took off when she was cast as Padmé Amidala in the Star Wars prequel trilogy, with the first in the series released in 1999, 2002 and 2005).During the  shooting of the next two Star Wars, Natalie found the time to complete her bachelor’s in psychology.

Two years later Portman was awarded a Golden Globe as well as being nominated for an Academy Award for Best Supporting Actress for her role in the drama Closer.

In 2010, Natalie Portman’s performance in the psychological thriller Black Swan was the subject of considerable critical acclaim, as well as earning her a second Golden Globe Award, a BAFTA Award, the Broadcast Film Critics Association Award the Screen Actors Guild Award, with the undoubted icing on the cake winning the Academy Award for Best Actress for the year 2011.

In recent years Natalie has made the role of Jane Foster, the love interest of Thor, hero of the Marvel comic in the first film adaptation Thor, shot in 2011 and the soon to be screened sequel Thor: The Dark World.