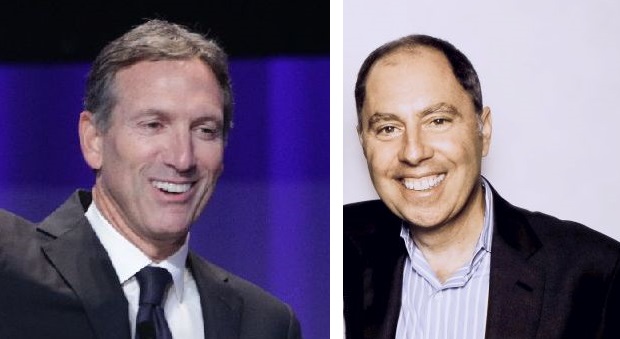 Maveron is a major Seattle based venture capital firm, founded in 1998 by Starbucks founder and CEO Howard Schultz and his partner in the venture Dan Levitan. Since then it has had its share of hits including Auctionpay, Capella, Cranium, Good Technology and Shutterfly.

The last few days though has seen not one but two impressive IPOs for companies in which Maveron holds sizable positions, one completed and the second just officially announced. 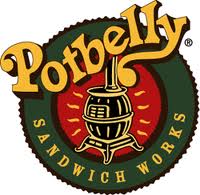 The first is Potbelly, a growing chain of 300 traditional sandwich shops that on Friday sold 7.3 million shares at $14 per share for proceeds of just over US$100 million -the price was actually above the expected range indicated in their prospectus of US$12-13 – and then the shares promptly doubled in price during the day. As of Tuesday they are up even further at US$31.43 now valuing the whole company at US$915 million assuming the underwriters exercise their overallotment of 1.125 million additional shares, which of course they would be crazy not to do.

It is not entirely clear why their share issue should be so popular as the company’s preliminary prospectus indicates clearly the business runs on very slim profit margins of around 4%. However the market clearly hopes it will grow the same way some other “healthy fast-food” chains have done in recent times.

Potbelly’s motto is pretty corny too: “great vibes, great sandwiches” but Howard Shultz is certainly not complaining. The IPO puts Maveron’s current diluted 20% stake at a value of US$183 million. It is also picking up a special dividend of about US$14 million prior to closing too, for a total of close to US$200 million on an investment believed to have been less than US$20 million.

Aylwin Lewis the President and CEO of Potbelly is clearly very happy with the relationship, saying “Maveron really gets us, and shares our view that great brands are built through a maniacal focus on keeping customers, and employees, really happy.”

If that is the secret it seems to be working fine so far.

On October 8th, Zuliliy Inc, an online eCommerce platform seller of children’s, baby’s and women’s clothing based in Seattle Washington, also filed and published a preliminary S-1 Registration Statement with the SEC for an initial public offering of shares. While this first public filing of their preliminary prospectus does not indicate, even in pro-forma form, the amount of the offering, or the range of pricing, it is reported to be likely to raise at least US$100 million as well.

Zulily was co-founded by its CEO Darrell Cavens and launched its eCommerce platform to the public in January 2010. It favours the flash trading model with frequent time limited product sales and daily deals – something not always universally popular with other merchants these days. For the most part bookings are placed with suppliers only after receiving a customer purchase order thus reducing the company’s inventory risk considerably and certainly helping to validate its business model.

Maveron is once again indicated in the prospectus to be Zulily’s largest single shareholder with 23.6% of its shares, and is believed to have invested initially just US$6 million for its shares back in the day.

Maveron has likely already received back US$32.5 million in cash, returned via a preferred stock repurchase of that amount in late 2012 by the company and thought to have been destined for Maveron.

Zulily has been growing very quickly, and actually made a profit for the first time with net income of US$2.4 million in the first half of 2013 on revenues of US$272 million.

Darrell Cavens Zulily’s Ceo describes the relationship with Maveron as follows: “With Maveron’s expertise in consumer businesses, they have been outstanding partners in our launch and growth.”

In its last US$84.9 million funding round in early 2012 the pre-money valuation for the company was already then about US$1.1 billion according to notes to the company’s financial statements The investment bankers for the new issue, led by Goldman Sachs and BofA Merrill Lynch, will clearly be very embarrassed if this time round they do not do even better. Nevertheless even that would be quite enough to make Maveron a very handsome return on its money indeed with output equal to about fifty times the input.

Brutally adapting a phrase of Stalin;– once is lucky, twice may be coincidence but three times will definitely have to be an explainable statistical trend. Let’s see what Howard Schultz and Dan Levitan of Maveron have for us next therefore.

Dan Levitan is a New York transplant in Seattle, an ex-investment banker who joined with Howard Schultz to found Maveron in 1998. He understands the consumer and retail business particularly well and has of course been heavily involved with Potbelly and Zulily’s recent success.

He currently serves on the board of directors forDecide.com, NextFoods, PayNearMe, Pinkberry, Potbelly Sandwich Works, SeatMe, Trupanion and zulily. Dan is also a board member forThe Rock Center for Entrepreneurship at Harvard Business School. He enjoys helping future entrepreneurial leaders, and has participated as a judge and mentor for several years in the annual Harvard Business School Business Plan Competition. He also serves on the board of the Seattle Children’s Hospital Foundation.

Dan devotes his personal to his wife and two daughters. He also loves Duke basketball, which we don’t hold against him. He has climbed Mount Kilimanjaro once, and Mount Rainier twice, solidifying his love for Marmot and the Pacific Northwest.

Howard Schultz, who is today aged 60, was born to a Jewish family in Brooklyn, New York. He is the son of an ex-US Army trooper, and then truck driver, Fred Schultz and his wife Elaine. He grew up with his younger sister, Ronnie, and brother, Michael in the Canarsie Bayview Houses of the New York City Housing Authority. He graduated from the local High School in 1971 and was awarded an athletic scholarship to Northern Michigan University, where he received his bachelor’s degree in Communications in 1975.

After graduating, he worked as a salesperson for Xerox Corporation and later became a general manager for Swedish drip coffee maker manufacturer, Hammarplast, responsible for their U.S. operations. In 1981, Schultz visited a client of Hammarplast, a fledgling coffee-bean shop called Starbucks Coffee Company in Seattle, curious as to why it ordered so many plastic cone filters. A year later, he joined Starbucks as their Director of Marketing, and after leaving them in 1985 he then in 1987 bought the Starbucks retail business for US$3.8 million and later took it public in 1992. In 2000 he “retired” from the company but took the reins again in 2008 after its stock had sunk, and has since brought renewed drive to the company.

In 1982, Schultz married Sheri Kersch and they have two children together: Eliahu Jordan, and Addison. Today Jordan is a sportswriter for the Huffington Post. Jordan married Breanna Lind Hawes in 2011, and as a wedding present Howard Schultz bought them a US$4.6 million condominium in New York.

In 1998, Schultz was awarded the “Israel 50th Anniversary Tribute Award” from the Jerusalem Fund of Aish Ha -Torah for “playing a key role in promoting a close alliance between the United States and Israel”. In 1999, he was awarded the “National Leadership Award” for philanthropic and educational efforts to battle AIDS. Schultz became Fortune Magazine’s “2011 Businessperson of the Year” for his initiatives in the economy and job market.

The Forbes Rich List placed his net worth at US$1.6 billion as at March 2013.

See all stories on Howard Schultz :

In this article:Finance, Howard Schultz