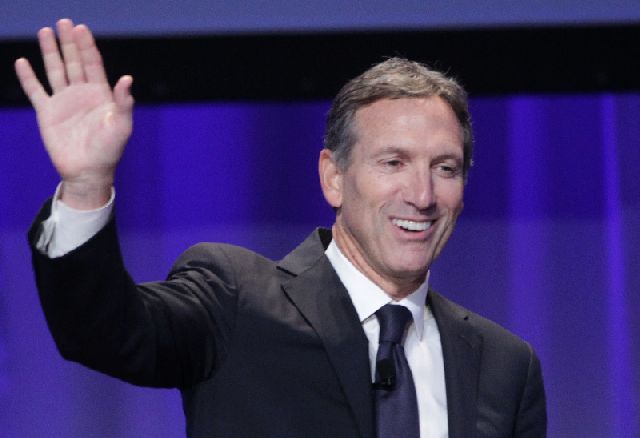 In 2011 Starbuck’s acquired the Evolution Fresh brand of high-quality, delicious and apparently nutritious cold-pressed juices for US$30 million. On Tuesday it announced that Evolution Fresh’s premium juice products will now be distributed nationally for the first time in grocery stores at Whole Foods Market, along with a selection from the new Evolution Harvest line of premium snacks. The company states that distribution of the Evolution brand’s products has increased steadily since it was acquired. The new roll out at Whole Foods Market completes its nationwide availability – and not just in Starbucks coffee shops. This expansion advances Evolution Fresh’s growth plans to be in approximately 8, 000 Starbucks and non-Starbucks grocery locations, combined, by the end of the year. Such national availability expands the market share potential in what is a US$1.6 Billion Super-Premium Juice Category

“We’ve received enthusiastic customer support in every market where we’ve introduced Evolution Fresh juice, and have been working toward our goal of national distribution since the acquisition, ” said Chris Bruzzo, Senior Vice President, Channel Brand Management and General Manager, Evolution Fresh. “We are excited to offer not only 12 of our most popular juices to Whole Foods Market customers across the country, but also two exclusive juices and an entirely new line of wholesome snacks with the launch of Evolution Harvest.”

Delivering on the brand’s commitment to provide accessible nutrition, all green vegetable juices in the brand portfolio now include cholesterol-lowering kale. Additionally, the company focuses on including organic and non-genetically modified ingredients whenever possible. 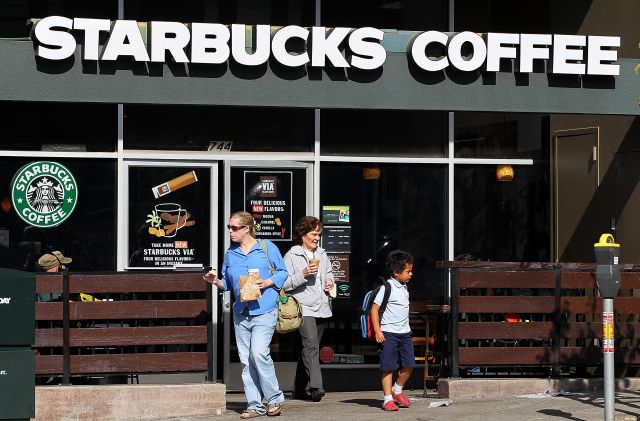 Tuesday’s announcement complements perfectly the strategy Starbuck outlined a month ago, on July 23rd, to form a strategic product development agreement with giant French dairy products company Danone, which will offer a jointly created and developed selection of new, healthy specialty yogurt products in participating Starbucks stores and via grocery channels as well. This will advance Danone’s ambition to expand yogurt consumption in the U.S., while growing Starbucks health and wellness offerings for its customers under the company’s Evolution Fresh brand.

A new portfolio of delicious and nutritious Evolution Fresh, “inspired by Danone” branded, ready-to-eat Parfait Greek yogurt products will be co-created by Starbucks and Danone for exclusive distribution in the U.S.

Starbucks will offer the new products through its own stores in spring 2014, and Danone via grocery channels in 2015. Distribution is planned to be extended subsequently, to include targeted markets around the world in a second phase that builds upon the success of the U.S. initiative.

“Starbucks is committed to evolving and enhancing our customer experience with innovative and wholesome food offerings. [Today’s] announcement underscores this commitment through the transformation of our existing yogurt offerings and our multi-year agreement with Danone, ” said Howard Schultz, Starbucks Chairman, President and Chief Executive Officer at the July 23rd announcement. “We are energized by the strong customer response to Evolution Fresh offerings, and believe a strategic agreement with Danone, the world leader in fresh dairy products, affords us the perfect opportunity to grow – and elevate – the Evolution Fresh brand both in our stores and in consumer packaged goods (CPG) channels.”

Reading the tea leaves, or the coffee grounds, as the case may be, both of these initiatives taken together tell us that Starbucks has ambitions for growth far beyond its coffee shop roots, and is willing to do the hard work necessary to make this happen. But there is still more going on on the traditional side of its business as Starbucks is energetically continuing to expand outside its traditional mature markets into newly developed emrging markets with in each case an aspiring middle class with money to spend.

Maybe it is because they are drinking so much of their own coffee they are all so totally energized, but Starbucks rarely seems to stand still for very long these days.

On Monday they announced in Bogota that Starbucks will open its first cafe in Colombia next year, expanding the company’s longstanding relationship with Latin America, and also its 42-year heritage with Colombian coffee farmers. This is not a trivial event, either for Starbucks or for Columbia, whose coffee beans are used by Starbucks, world wide. Its symbolic significance therefore far transcends the dollars and cents a number of stores there will bring to its bottom line.

“Our long and proud history of purchasing and roasting Colombian coffee dates back to Starbucks 1971 founding. From our humble start in Seattle’s Pike Place Market, Starbucks has always admired and respected Colombia’s distinguished coffee tradition. It is an honor for us to bring the Starbucks Experience and Colombia’s finest coffee to this important and fast-growing market while collaborating with Colombia and USAID to continue empowering local coffee growers and sharing the value, heritage and tradition of its coffee with the world.”

So far Starbucks has over 8, 000 coffee shops now operating outside the United States, and is seeking to continue to expand in countries with a new emerging middle class with discretionary income to spend. This week also Starbucks also celebrated the tenth anniversary of its establishment in Chile and Peru now with over 100 Starbucks stores, employing 2, 000 Starbucks employees and serving well over one million customers every month. This new arrival in Columbia, too, is accordingly also a signal that after much drug related conflict normal civic life has now returned to that country.

Colcafe, a subsidiary of Grupo Nutresa, Colombia’s own leading food company, worked with Starbucks on the breakthrough Starbucks VIAsoluble coffee product and has been an innovative, strategic partner for them until now in manufacturing, and now in retail as well.

Starbucks Colombia expects to open its first store in Bogota in 2014 and has aggressive plans to open 50 or more stores in Bogota and other major cities throughout Columbia over the next five years.

Schultz also said while he was there that Starbucks would not try to undercut the country’s farmer-owned Juan Valdez cafe chain, which currently dominates in the marketplace, and he will probably even charge a little more to create a Starbucks “home-from-home” lounge environment. Schultz emphasized the company wanted to make a “respectful” entry into the country and not push its weight around.

Finally, Starbucks announced a public-private partnership with the United State Agency for International Development (USAID) to increase Colombian coffee yields and enhance economic opportunities for Colombian farmers through a US$1.5 million grant by both Starbucks and USAID creating a three-year US$3 million fund.

Earlier Deals Will Make A Difference Too

In earlier deals, to broaden both its product base and its geographical positioning, Starbucks also moved into the tea business. He first announced, in November 2012, that Starbucks would acquire Teavana Holdings Inc. for US$620 million in cash, Starbucks’ biggest acquisition ever. In June 2012 he had bought San Francisco based La Boulange Bakery for US$100 million – perhaps in a backward integration move. In December 2012 Starbucks said it planned to add 1, 500 cafes within the United States in the next five years. However it is also pushing ahead abroad, including into India through a 50-50 joint venture with Tata Global Beverages; their new partnership opened their New Delhi flagship store in February 2013.

Howard Schultz, who is today aged 60, was born to a Jewish family in Brooklyn, New York. He is the son of an ex-US Army trooper, and then truck driver, Fred Schultz and his wife Elaine. He grew up with his younger sister, Ronnie, and brother, Michael in the Canarsie Bayview Houses of the New York City Housing Authority. He graduated from the local High School in 1971 and was awarded an athletic scholarship to Northern Michigan University, where he received his bachelor’s degree in Communications in 1975.

After graduating, he worked as a salesperson for Xerox Corporation and later became a general manager for Swedish drip coffee maker manufacturer, Hammarplast, responsible for their U.S. operations. In 1981, Schultz visited a client of Hammarplast, a fledgling coffee-bean shop called Starbucks Coffee Company in Seattle, curious as to why it ordered so many plastic cone filters. A year later, he joined Starbucks as their Director of Marketing, and after leaving them in 1985 he then in 1987 bought the Starbucks retail business for US$3.8 million and later took it public in 1992. In 2000 he “retired” from the company but took the reins again in 2008 after its stock had sunk, and has since brought renewed drive to the company.

In 1982, Schultz married Sheri Kersch and they have two children together: Eliahu Jordan, and Addison. Today Jordan is a sportswriter for the Huffington Post. Jordan married Breanna Lind Hawes in 2011, and as a wedding present Howard Schultz bought them a US$4.6 million condominium in New York.

In 1998, Schultz was awarded the “Israel 50th Anniversary Tribute Award” from the Jerusalem Fund of Aish Ha -Torah for “playing a key role in promoting a close alliance between the United States and Israel”. In 1999, he was awarded the “National Leadership Award” for philanthropic and educational efforts to battle AIDS. Schultz became Fortune Magazine’s “2011 Businessperson of the Year” for his initiatives in the economy and job market.

The Forbes Rich List placed his net worth at US$1.6 billion as at March 2013.