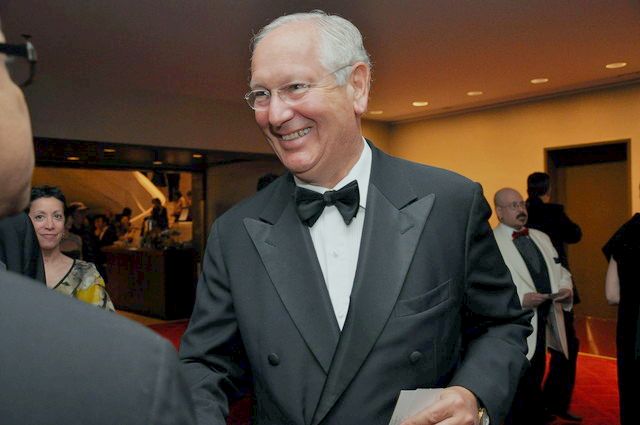 The Cathedral Church of Saint John the Divine in New York has made a deal with New York real estate developers, the Brodsky Organization, to develop a vacant portion of the north side of its cathedral property for the building of 330, 000 square feet of new apartment buildings.

The Cathedral Church of Saint John the Divine is one of the world’s largest churches and it sits in the Morningside Heights neighbourhood of upper Manhattan, beside Columbia University. Its full name is actually the “Cathedral Church of Saint John: The Great Divine in the City and Diocese of New York”, and it is the cathedral for the Episcopal Diocese of New York, the American version of the Anglican communion.

Building of the cathedral commenced in 1892 after the head of the Diocese at the time, one Bishop Henry Potter, called for a building to rival that of the Catholic St. Patricks Cathedral. It then took decades to complete, not actually opening end-to-end until 1941 in the week before Pearl Harbour. It rivals Liverpool Cathedral for the title of the largest Anglican church in the world, even though it is even now still not entirely complete as portions remains unfinished.

Churches cost a lot of money to maintain, cathedrals cost even more and the fourth largest church building in the world must have huge on-going maintenance costs. So to relieve financial pressures religious organizations from time to time part with non-core real estate selling to developers to keep things in balance, just like developers do themselves too really. Even a rich diocese such as New York is far from immune to such pressures. 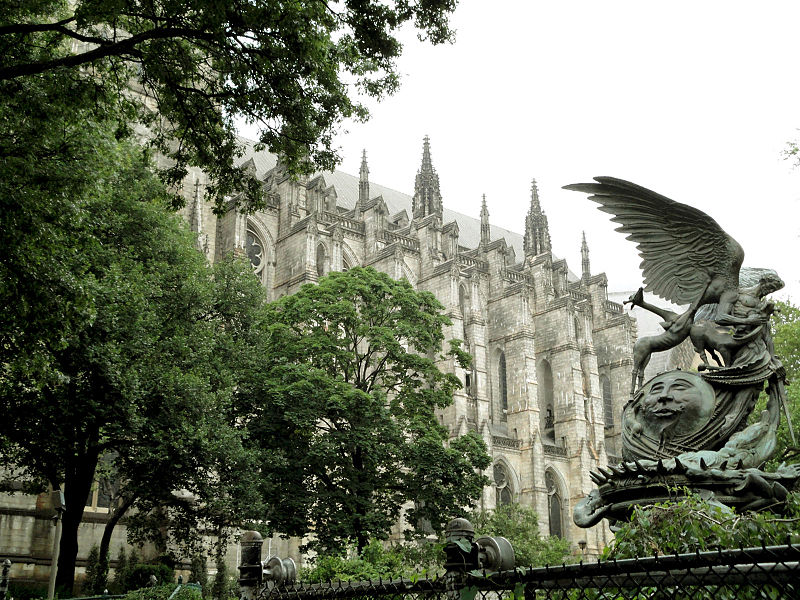 The Cathedral Church of Saint John the Divine

Accordingly already five years ago in 2008, a Real Estate Investment Trust called Avalon Bay Communities developed a 20-story building on the south side of the cathedral.

The current plan to build on the north side was first mooted in 2005 with plans for a project to be built then by Columbia University. This cratered due to local resdents’ opposition and later there was also a proposal to work with Sam Zell’s Equity Residential Group, which eventually went nowhere too as the financial crisis then took hold.

But what goes around comes around, and now it seems a new plan to build on the site has been finalized with the Brodsky Organization. The Diocese has reportedly signed an agreement, just last month, with Brodsky the large Manhattan-based residential management and development firm, to lease the parcel for 99 years, according to The Real Deal. Annual rent payments for the lease have not been disclosed.

The Brodsky Organization will pay rent each year for the land-lease, but the Diocese itself is not a partner in the development. Application for approval of building 330, 995 square feet of space has now been filed for up to 428 residential apartments at Amsterdam Avenue and 113th Street, part of the north-west portion of the Cathedral’s lands.

“We do anticipate start of construction in the spring, but at the moment I cannot comment further, ” Alexander Brodsky, who is one of the principals of the development firm, said in a statement to The Real Deal. As one can imagine that final development plans are likely only now being negotiated with the city, his reticence is probably understandable.

Despite some renewed local opposition that is expected, clearly this time the Diocese hopes the project will now proceed. Stephen Facey a spokesman for the Diocese said simply to the Real Deal that the Cathedral could have built a much larger development as of right, but slimmed it down considerably: “This is really about stabilizing the cathedral’s finances.” 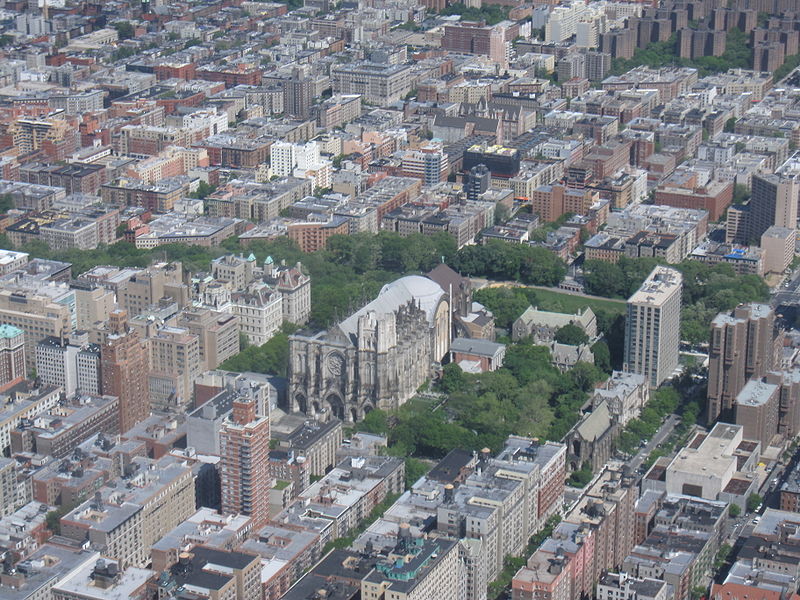 The Cathedral Church of Saint John the Divine and surrounding area

About the Brodsky Organization

The Brodsky Organization has been building and managing properties in the most desirable locations in New York City for 62 years. The company’s founder, Nathan Brodsky, started out by rehabilitating brownstones and apartment buildings in Greenwich Village in 1951, and since then The Brodsky Organization has dedicated itself to providing attractive, affordable living spaces for New Yorkers, with a portfolio currently of over 7, 500 apartments. Nathan’s son, Daniel Brodsky, joined the effort in 1970, and today, a third generation of the family, represented by Dean Amro, Alexander Brodsky and Thomas Brodsky, is continuing their tradition.