Ms. King will be presented with her award at MusiCares’s annual benefit dinner and concert traditionally held during Grammy Week in Los Angeles. 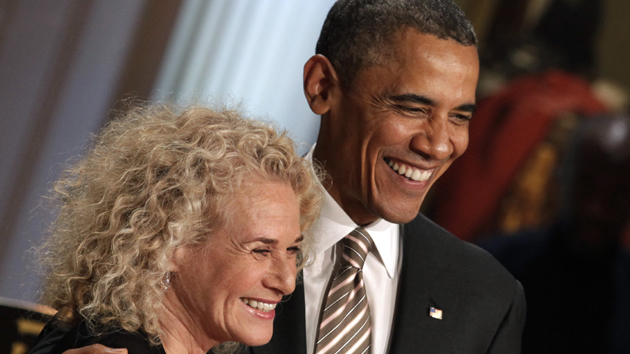 In recognition of her more than 50 year contribution to the music industry , singer/songwriter Carole King has been chosen to be the 2014 MusiCares Person of the Year on Friday, January the 24th, 2014.

The MusiCares Foundation was established in 1989 by the National Academy of Recording Arts and Sciences with the intention of helping people involved in the music industry in times of financial, personal, or medical crisis. The principal purpose of the foundation is to channel the music industry’s considerable resources as well as the attention of those involved in it on human service issues which directly impact the health and welfare of fellow members of the community.

Among the issues that the foundation program handles are emergency financial assistance, addiction recovery, and outreach and leadership activities as well as take care of the housing needs of senior members

Carole King  will be handed the awards as MusiCare Person of the Year for 2014 not only in recognition of her extraordinary creative accomplishments but also in appreciation of her considerable philanthropic activities over the years. Ms. King is currently involved in a number of environmental organizations as well several political causes.

Guests at the MusiCares Person of the Year tribute and Gala dinner, one of the most prestigious events held during Grammy week, while also be able to take in a specially produced tribute performance with a number of Grammy winning artists, ranging across a broad musical spectrum from, Lady Gaga to Bette Midler, James Taylor to Steven Tyler will perform some of the fantastic songs that Ms. King has been involved in creating.

In announcing that this year’s award will be going to Carole King, Bill Portnow announced that the foundation is honored to celebrate Carole King as the 2014 MusiCares Person of the Year.

“Her contributions as a songwriter and performer have truly changed the landscape of pop music, and her philanthropy speaks volumes about her generosity and personal passions. We are also grateful to the extraordinary artists who have announced their desire to be a part of what will undoubtedly be a magical and inspiring evening.” Portnow summed up.

Coincidentally, a musical entitled “Beautiful—The Carole King Musical, ” celebrating the singer/songwriter life  will open on Broadway on January 12, 2014 at the Stephen Sondheim Theater , just twelve days before Ms. King is due to pick up her award. 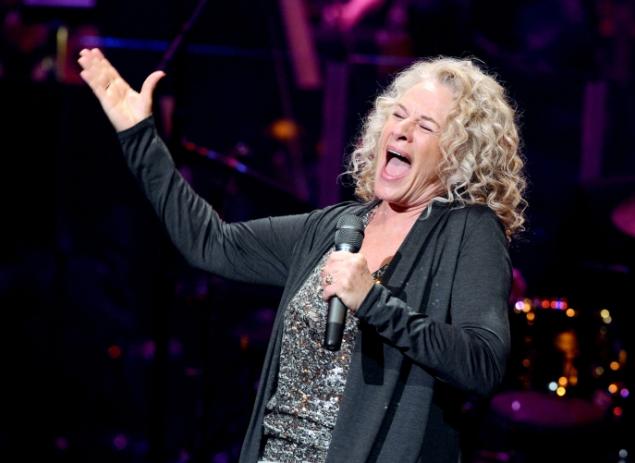 Carol King was born in Manhattan, New York and raised in Brooklyn. After completing high school, Carol went on to attend Queens College, where first met Gerry Goffin, who was to go on to become not only her husband but her most prolific song-writing partner.

Their first hit together “Will You Love Me Tomorrow”, topped the American charts in 1960 when Carole King was just 21. Even more significant, the song was the first to be performed by a colored all girl group, the Shirelles, to become a number one hit in the United States. Following on the success of “Will You Love Me Tomorrow” , Carol King and Gerry Goffin went on to create more than two dozen chart hits in the space of just a few years for numerous artists.

Many of the songs penned by the Goffin/ King combination have gone on to become recognized as standards. Among the artists who recorded their conversations were Aretha Franklin, Bobby Vee, The Drifters, The Beatles, Herman’s Hermit and the Monkees to name but a few.

Carole even had a monster hit in her own name as a recording artist with it “It Might As Well Rain Until September”, during these magical years of the early to mid sixties.

Towards the end of the sixties, the musical partnership of Carole King and Gerry Goffin broke up as did their marriage. Carol went on to become a recording artist in her own right, with her second album Tapestry, in which she wrote all the songs and also performed them, became a standard topping U.S. album chart for a consecutive 15 weeks during 1971 and going on to remain in the charts for more than six years, a record that was held for more than 20 years.

In 2000, the highly influential Billboard Magazine named Carol King as the most successful female songwriter between 1955–99, due to her record of writing or co-writing 118 songs that made it into the Billboard Hot 100 during that period.

During her career Carole King has been awarded four Grammy Awards as well as being inducted into the Songwriters Hall of Fame and the Rock and Roll Hall of Fame for her songwriting.