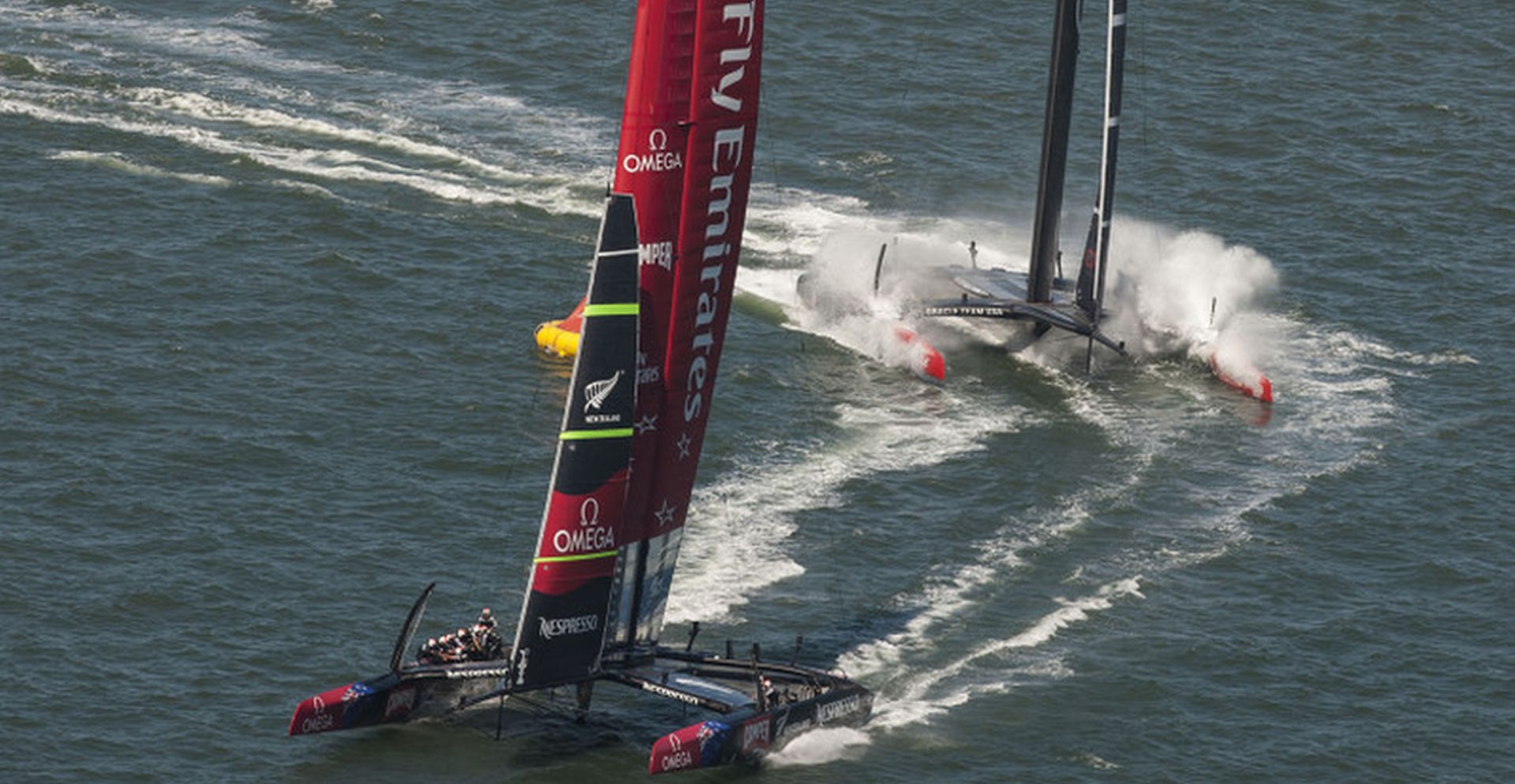 The America’s Cup got off to a flying start yesterday, literally, as the giant 72 foot foiling multihulls of Larry Ellison’s Oracle Team USA and Emirates Team New Zealand duked it out on San Francisco Bay.

The first two of the, maximum, seventeen race series were held up and down the coast line of San Francisco Bay, in full color on live TV, and Team Emirates won both of them – by the tight margins of 36 and 52 seconds respectively.

Each race is a five leg circuit of a course that is just under two nautical miles around, for a total race length each time of 9.71 nautical miles. A nautical mile is different than you and me, so in regular miles this is equivalent to 11.17 miles, or 20.69 kilometers if that is your own regular form of distance metric.

You don’t need to know much about sailing to understand that for two unique technical design solutions brought to bear by the two teams to the problem of bringing a successful America’s Cup challenger to the starting line, each costing millions of dollars, to end up racing so close together is actually quite astonishing. Also the skill levels displayed by both the teams in managing such extraordinarily complex machines out on the water must just be incredible. Remember that at their peak these yachts can be sailing at over 50 miles (80 kilometers) an hour.

As one of the racing team members commented, “For two boats coming from a totally different design phase and production, totally different setups, to have the racing so close is fantastic, ” said Emirates Team New Zealand wing trimmer Glenn Ashby… “I think we’ll certainly have some good battles over the next week, anything can happen. 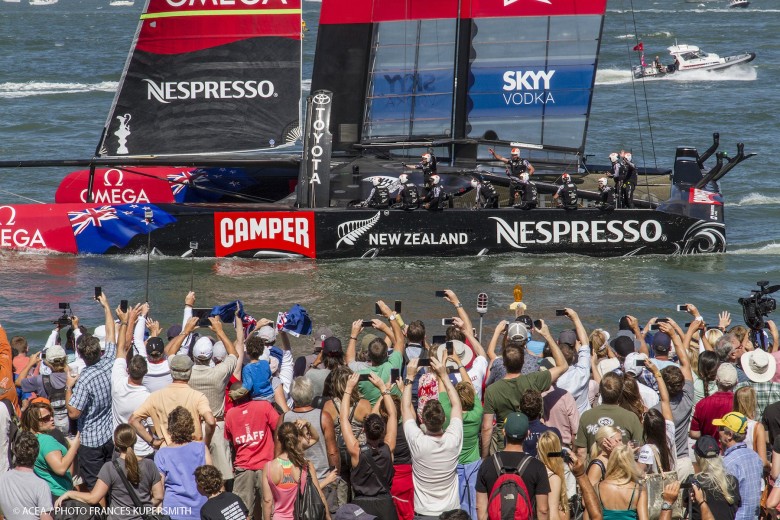 Getting Close To The America’s Cup Action / Photo Frances Kuperamith

28, 500 fans came to see the boats getting ready at the America’s Cup Park at Piers 27/29 in downtown San Francisco itself, and another 16, 000 fans watched the start line action on the race course which runs along the San Francisco city-front and is then defined by the Golden Gate Bridge, Alcatraz Island and the Bay Bridge.

A good fight is just perfect for television for audiences everywhere, for anyone who loves a good sporting battle and so far at least it is working out that way with two very evenly matched protagonists. This is very different from the 2010 America’s Cup in fact, when in that race series the BMW Oracle Racing racing trimaran simply ran away from its catamaran competitor Alinghi in just about every race.

Here at Jewish Business News we will bring regular updates on the races as these take place. Remember too that Oracle Team USA has been hit with a two race penalty for an earlier incident of design cheating (see yesterday’s Jewish Business News’ introductory article here ), so the official score so far after yesterdays racing is Emirates New Zealand + 2, Oracle team USA -2. Of course Oracle could indeed try to appeal that harsh penalty at some point as well, just to keep the off course part of the contest interesting as well. 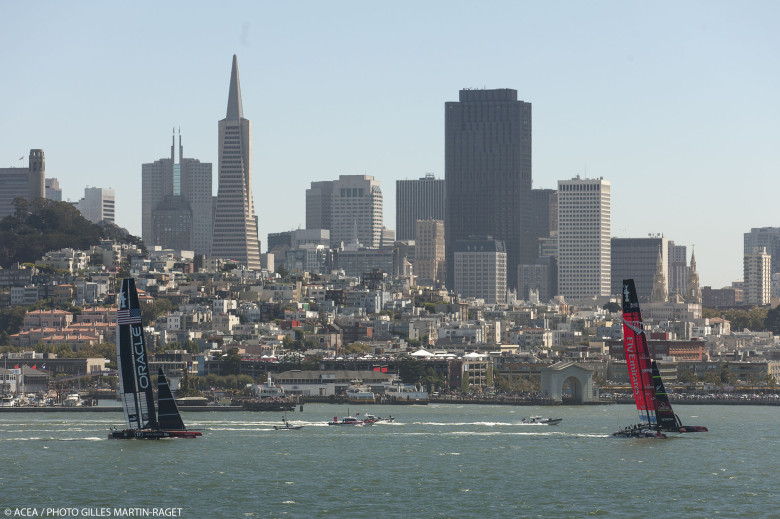 What Could be More Beautiful as a Race Venue? /Photo Gilles Martin-Raget

Two more races are scheduled for today, again starting at 1.15 pm Pacific Time and we will provide another update for you after these are run. The full schedule for this, maximum, two week event can be obtained from the America’s Cup official web site: www.americascup.com. Oracle’s penalty apart it is technically a best out of seventeen race series, but if all seventeen races are indeed run then the final race will take place on Saturday September 21st, 2013.