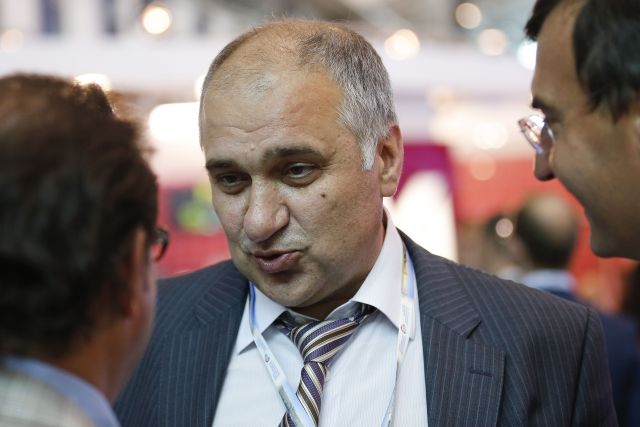 Alexander NesisNesis, founder and CEO of the ICT Group, the Moscow based private equity firm, has veered sharply away from his usual areas of operation in the financial, commodities and engineering industry sectors to take a major share in Opap, the gambling conglomerate, owned by the Greek Government.

With the Greek economy in a major state of flux, and looking to privatize as many of their industries as soon as they can, there are a few bargains around for the forward thinker. The opportunity to take a share in Opap was obviously a very tempting one, and there was a virtual queue of potential buyers waiting in the wings when shares in the company came up on the block.

However instead of starting a bidding war that would have served the Greek government well, and the potential buyer a lot less, by pushing up the price of the shares, instead, according to all indications, the buyers got together to form an investment fund to buy up one third of the shares in the publicly owned entity, which were then allocated to the fund’s members according to a pre-agreed percentage scale.

The investment fund, Emma Delta, paid a total of €650 million ($862 million) for one third of OPAP, including the highly lucrative Hellenic Lotteries SA,   a transaction greeted by the Greek financial establishment as one of the first and most positive signs of progress in the government’s imperative privatization program.

As the deal was signed, Emma Delta’s major partner shipping magnate Dimitris Melissanidis, that with the signing “OPAP is turning a page, ” and on behalf of the partners in Emma Delta, reiterated that the agreement to take over active management of the company was being put in place at the best possible moment, with OPAP providing for its new shareholders a rich and ambitious portfolio of new opportunities for development and progress.

Melissanidis’s Geonama will be the investment group’s largest shareholder having invested 157 million Euros, while Alexander Nesis will be in joint second place with his 145 million Euro share, with MEF Holdings of the Czech Republic and Roubindiam of Slovakia putting in the same amount. Slovak investment group Helixsor with 31 million Euros and Helvasor of Greece, with 26 million Euros will make up the minority shareholders in the group. .

Opap, mainland Europe’s largest betting organization, initially established in 1958 to be a state-owned monopoly, but underwent a major re-organization in 1999 to become a joint stock company. Opap operates lotteries and sports betting games throughout Greece and Cyprus and currently has around 5, 000 outlets.

Alexander Nesis was born and raised in Leningrad , going on to study radio-chemistry at the prestigious Lensovet Leningrad Institute of Technology. After graduation, Nesis went to work at the massive Baltic Shipbuilding Yard, rising to the rank of master supervisor, before the entrepreneurial bug bit him as it did many people in the Russia of the early nineties.

Nesis’s first business venture was far away from the bright lights of Leningrad, in the desolate deserts of Uzbekistan where he founded a company with number of partners, involved in  the production of materials derived from the rich strain of uranium deposits discovered there. From the profits earned, Nesis and his partners began to diversify their investments, focusing on shipbuilding and metals.  In 1993, Nesis and his partners consolidated their business activities into the ICT Group which has grown to become among the largest and most successful privately owned investment and industrial companies in Russia, with assets reckoned to be worth around $8 billion, while Nesis’s personal wealth is estimated to be around $3.1 billion.

In this article:Greece, Russia, Moscow, Finance