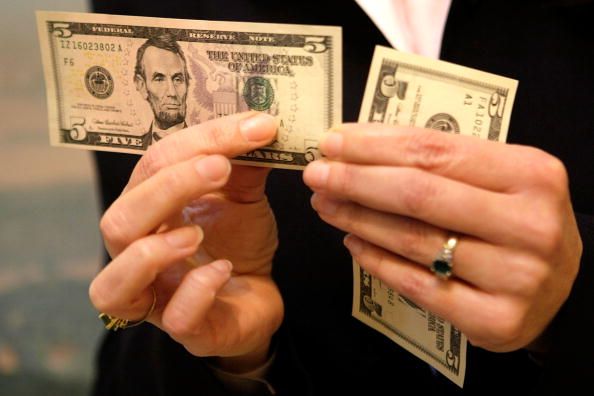 Although the most convenient way to pay overseas is by credit card, its use involves costs, such as conversion fees. Withdrawing cash from ATMs at the destination also involves a fee (a $4 conversion fee into shekels by the credit card companies), so many people buy foreign currency in Israel.
People traveling abroad can buy foreign currency at banks and money changers, or through ATMs. What is the most cost-effective way?
Withdrawing foreign currency from an ATM saves the conversion fee charged by the banks. For a transaction with a clerk, the Postal Bank, which is exempt from conversion fees, offers lower exchange rates than the banks on the purchase of more than $800 or €800, and money changers also offer lower exchange rate than the banks and are open to haggling depending on the size the transaction.
Postal Bank is best

The major advantage in buying foreign currency at the banks is that there is no risk of getting forgeries. The disadvantage is their fees of at least $7 (0.19-0.2% of the value of the transaction). The sale rate of shekels is also high.

If you want to buy a large amount of foreign currency, or buy an uncommon currency, it is worthwhile to notify the bank in advance. To encourage ordering foreign currency online in advance, the banks offer discounts on conversion fees. For example, Bank Hapoalim (TASE: POLI) offers a 50% discount on the conversion fee for customers who can receive the cash at the counter at Ben Gurion Airport, and Bank Leumi (TASE: LUMI) offers a 20% discount to customers who use its self-service foreign exchange service.

An investigation by “Globes” found that, among the banks, exchanging currency at the Postal Bank is the most worthwhile, because there is no conversion fee and because of the discount offered on purchases of more than $800 or €800, a discount of NIS 0.03 per dollar or euro on the Postal Bank’s sale rate of shekels.
The Postal Bank’s rates are mainly worthwhile for the purchase of euros. It offers the lowest sale: on the date of “Globes” inquiry, a buyer needed NIS 85 to buy €1, 000 – NIS 4, 770 instead of NIS 4, 855 at a bank, when the conversion fee is included.
Money changers are cheap

Israel has many private money changers throughout the country. These are private, but supervised, entities where the rules of competition play in the consumers’ favor. Money changers charge no fee, and for large transactions it is possible to secure a better exchange rate than the one printed on the sign during the day.
An investigation of several money changers found lower sale rates than the banks (on the day of the investigation), but the rates do not include a $7 fee.
For example, money changers take NIS 3, 600 for $1, 000, compared with NIS 3, 660 at the banks. The difference widens to NIS 100 for the purchase of £1, 000, costing NIS 5, 500 at money changers compared with NIS 5, 600 at the banks.

It is important to verify that the money changer is certified by the Ministry of Finance, which guarantees that the bills are not forgeries, and that the buy and sale transactions are supervised. Every certified money changer has a license number.

Bank Hapoalim has a money change counter at Ben Gurion Airport. The Airports Authority recently announced a tender for the operation of a money changer at the airport.
ATMs: easy and convenient

An efficient service offered by the Postal Bank is a prepaid Visa foreign currency credit card. For NIS 40, it is possible buy a credit card for overseas transactions and ATM withdrawals up to the prepaid amount, which can be recharged. The credit card is backed by the bank account and credit line, up to the prepaid amount. If the card is lost or stolen, and if not blocked in time, it will only be valid up to that amount.
It is possible to make online purchases overseas without using the prepaid credit card. The card can be recharged at a post office or via bank transfer to the cardholder’s account at the Postal Bank, which involves a 0.8% fee on the amount, plus exchange rate differentials.
Published by www.globes-online.com