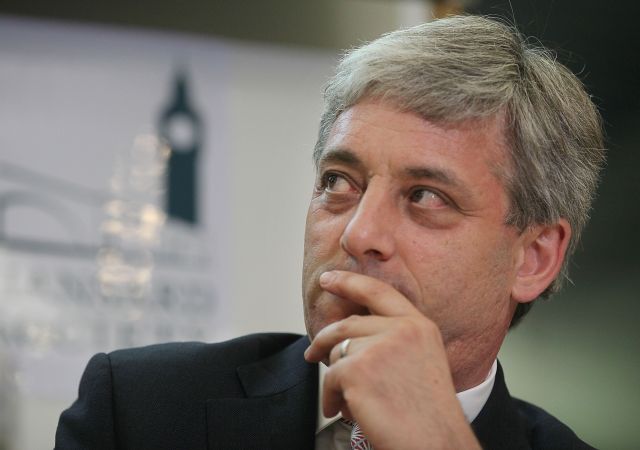 Bercow, who has held the important ceremonial role of Speaker of the House of Commons since June 2009, has long been lobbying to have the traditional British Seat of Parliament be made available as a venue for private functions. And now it looks like he may be getting his wish.

It only requires some final touches to be added, , and permission will be granted to the House of Commons to rent out more than a dozen of its meeting rooms to members of the public and large companies. What will make these rooms especially attractive is that have, in some way or another, been witness to the nation’s history. However from this area has December of this year, it looks like they will be available to host birthday parties, wedding receptions, business meetings and a variety of other top level affairs for anyone who can afford to pay the price.

Among the famous House of Commons venues that Bercow will be putting up for rent will be the Churchill dining room, until now a sanctuary for Members of Parliament and their senior staff, and the Terrace Pavilion, offering breathtaking views of the River Thames.

Bercow’s initiative to authorize commercial hire of rooms on the parliamentary estate were finally given the green light at a meeting of the Commons administration committee, with the move intended not only to increase public access but more importantly raise revenue for the running and upkeep of Parliament.

Commons Speaker John Bercow has often stated that the House of Commons, which have occupied its present site in central London, should be looked upon as “public property” and not a “private members club” for the 600 Members of Parliament.

Currently, the majority of meeting rooms within the House of Commons are for the exclusive use of MPs, who are permitted to use them to host public relation events for various organizations. However, according to the law, none of these rooms and suites can be used for commercial purposes.

Under the new rules and regulations, 15 meeting rooms will become available for rent, including nine dining rooms and two bars. The venues include the Macmillan Room and the Attlee Suite, two of the largest venues in Portcullis House, which is connected to the Palace of Westminster by a tunnel.

The Members’ dining room and the Jubilee Room, off Westminster Hall, are already licensed to host a wedding ceremony, meaning that for the first time in history it will be possible to hold both a wedding and a reception all within the Houses of Parliament.

While approval in principle has been granted, the Commons have yet to decide how much they can charge, with a list of prices expected to be released by the autumn.

A spokesperson for the House of Commons projected that the commercial hire of rooms would initially be available on an “experimental basis”, expected to be for two years, with the rooms and suites only being made available to the public “when they are not being used by members”.

John Bercow was born and raised in North London, and in his youth, looked like he could look forward to a promising career as a tennis player, being number one in the junior ranks until a serious bout of glandular fever put paid to his budding career. Bercow went on to study at the University of Essex, graduating with a First Class Honors degree in Government in 1985.

After graduation, Bercow spent some time as the National Chairman of the Federation of Conservative Students, after which he had a successful spell in merchant banking, working with a division of  the Saatchi & Saatchi group, while building a political career, serving as a Conservative councilor in the London Borough of Lambeth.

In this article:UK, London, England, Finance