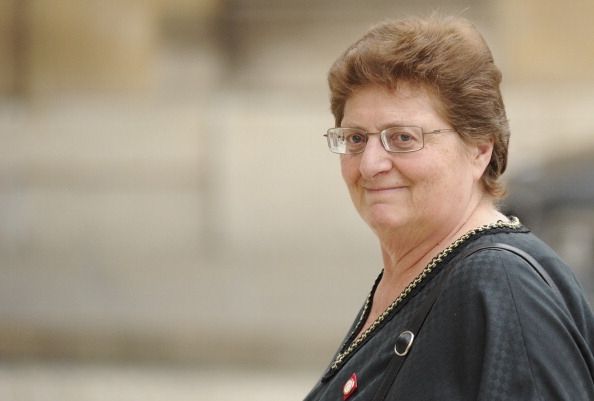 The Governor of the Central Bank, Ms. Gill Marcus  / Getty

Inflation has been running now at close to the bank’s upper guideline limit of 6% so far this year, slightly up from the central bank’s earlier forecast of 5.8%, and this threatens to derail economic progress, especially as local labor strife continue to hamper the continent’s biggest economy. Demands for substantial 60% plus increases in wages by mining workers, just as the price of gold continues to plummet also adds to the difficulties the Central bank faces in trying to manage expectations moving forward.

The central bank also cuts its forecast for economic growth in South Africa to 2% this year, from 2.4% previously. That is well below the 2.5% expansion in South Africa’s economy last year, and the rate Ms. Marcus has said would be necessary to dent a 25.2% unemployment rate.

The South African rand barely moved however, following the widely expected decision to keep rates steady. South Africa’s leading gold mines this week offered their workers a 4% raise, far from the 60% to 100% raises that unions have demanded.

The International Monetary Fund had also cut its 2013 growth forecast for South Africa last week, from 2.8% to 2%.

“The global economic growth outlook has remained fragile due to the continuing deeper recession in the eurozone and a slowdown in a number of systemically important emerging-market economies, ” Ms Marcus said on Thursday.

Nevertheless rating agency Moody’s says in its latest assessment of the country that South Africa’s outlook could be improved from negative to stable if the government maintains its commitment to its spending ceilings and reduces debt ratios over the medium term. The agency this week affirmed the government’s Baa1 investment grade, highlighting its stricter public spending discipline and initiatives adopted to achieve financial and labour market stability as some of the main reasons behind its decision.

Her parents were both politically active anti-apartheid campaigners and also members of the South African Communist Party (SACP). They eventually were forced into exile in 1969, together with Gill, her two sisters and brother and she had to complete her university studies at the University of South Africa by correspondence.
Gill Marcus subsequently joined both the SACP and the African National Congress (ANC) working towards the abolition of apartheid. In 1970 she began working for the exiled ANC’s Department of Information and Publicity (DIP) in London, later becoming its deputy secretary.

After the ANC was reinstated with the eventual dismantling of the apartheid system Gill Marcus returned to South Africa in 1990 and established the new government’s Information Department. She was elected a Member of Parliament in 1994 and became Deputy Minister of Finance in the Government of National Unity of Nelson Mandela from 1996 to 1999, serving under Finance Minister Trevor Manuel.

Later, in 1999 she became Deputy Governor of the Reserve Bank under Tito Mboweni a position which she held for 5 years eventually resigning after a series of sustained personality clashes with Mboweni.

Gill Marcus then became a Professor of Leadership and Gender Studies at the Gordon Institute of Business Science, before going into business in South Africa, initially as Chairman of the Western Areas mining company and later as a non-executive director of Gold Fields. In 2007 she succeeded Danie Cronjé as Chairman of Absa Group and Absa Bank.

In July 2009, President Jacob Zuma announced that she would return to the South African Reserve Bank to succeed Mboweni as Governor of the Central Bank. The appointment was welcomed by both economists and trade unionists, from all sides of the political spectrum.