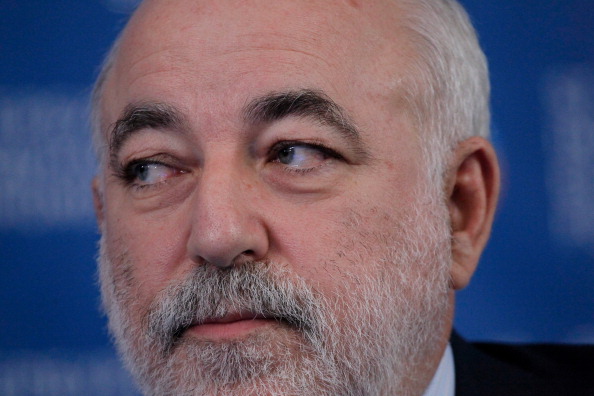 According to a statement published earlier today in the Swiss newspaper Schweiz am Sonntag the current Chairman of the Board of Directors of ailing Swiss steel-maker Schmolz+Bickenbach Dr. Hans-Peter Zehnder now concedes that Russian tycoon Viktor Ekselberg has won his long-running battle with the heavily indebted company.

Apparently Chairman Hans-Peter Zehnder told the Swiss-German-language newspaper: “There will be a new general meeting and a new board of directors with Vekselberg’s Renova as dominating shareholder. I will be gone then”.
The company Schmolz+Bickenbach itself could not immediately be reached for comment. Jewish Business News reported yesterday that Vekselberg’s Renova group, had earlier purchased a 20.46% stake from a disgruntled former shareholder group and, together with an identical stake also held by investment holding company Schmolz+Bickenbach (S+BKG) – representing the company’s founding family- were seeking to block a proposed rights offering for the company and instead seek control with a legally required follow-up bid to buy out the other shareholders.
The two allies were claiming that the rights offering proposed, and actually approved at the company’s annual general meeting just on Friday of, was not large enough to solve the company’s business problems and that greater measures were necessary.
It seems capitulation by the company came after S+BKG cleverly succeeded in persuading the commercial registry office in Lucerne to block any new entries to the steelmaker’s share register with regard to decisions taken at Friday’s shareholder meeting – i.e. including the 330 million Swiss franc (about US$349 million) rights issue approved by shareholders. Presumably it did so in the light of the new takeover bid Vekselberg had already announced would take place in July.
As if that were not enough, to add to the intrigue it also seems, according to the newspaper report by Schweiz am Sonntag and picked up by Reuters, that S+GKG had been blocked from voting more than a little over half (20.46%) of its own shares at the annual meeting by one board member Dr. Gero Büttiker, who had obtained a court order ahead of the shareholder meeting. The court order apparently blocked their ability to vote a further 20% stake they own due to a previous shareholders agreement they had signed with with him. Otherwise Vekselberg and his allies might have prevailed at the Annual general meeting itself.
However with the rights issue itself now blocked Schmolz + Bickenbach have been decisively out-manoeuvred and now have little choice but to go along with Vekselberg’s and S+BKG’s proposals for a more comprehensive recapitalisation – one which presumably will most likely put them in the driver’s seat, as indeed the company’s current Chairman has just indicated.

In this article:Switzerland, Viktor Vekselberg, Finance