Generally regarded as one of the pioneers of male fashion over the last 50 years, Lauren is also well-known as being one of the most avid collectors of rare vintage cars in the world. He certainly put himself in the limelight recently when he won the ‘Best of Show’ title at the ultra prestigious 2013 Concorso d’Eleganza Villa d’Este with his beautiful 1938 Bugatti 57SC Atlantic. 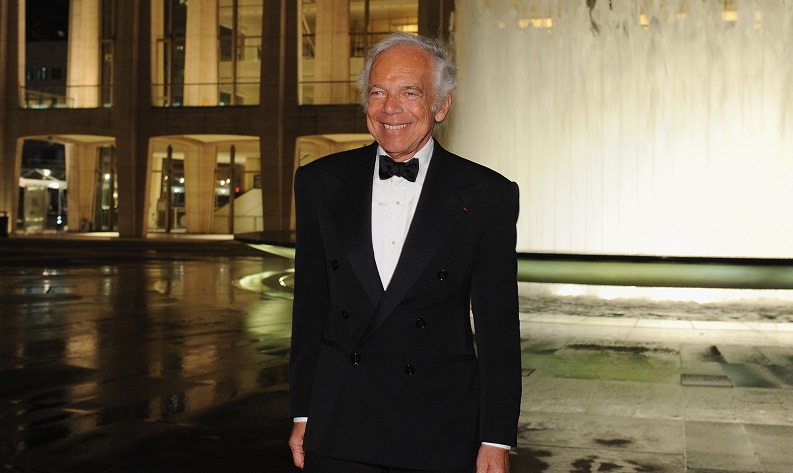 Each year the waters of the breathtaking Lake Como in Italy ripple to the sound of exquisitely tuned car engines revving up, as the cream of the world’s vintage cars as well as their owners congregate on the Lakeshore to celebrate the annual Concorso d’Eleganza Villa d’Este.

Ralph Lauren, an avid collector of vintage cars, with most of the seventy in his collection housed in a specially constructed museum in his estate in Katonah, New York, is known to really display any of his collection in public. This year Ralph obviously made an exception and he did so in style by displaying his unique Bugatti Type 57 SC Atlantic coupe. A shiny black thing of beauty, and generally regarded as the cream of his collection. Lauren’s Bugatti 57SC Atlantic is regarded as being one of the most expensive cars in the world with a value running into tens of millions.

The particular model that Lauren owns was custom-built in 1938 (just two years before Lauren was born) and today is one of only three such cars in existence.

The car has been a part of Lauren’s collection for 15 years, and during that time has been shown in public only on a few occasions, usually at similar events in the United States and Europe where it has always been the subject of considerable attention and has picked up many major prizes.

Ralph Lauren has promised to bring

his Bugatti Atlantic to Villa d’Este to take part in the Concorso d’Eleganza competition for a number of years and his efforts have been well worthwhile, with the car winning not only the Coppa D’Oro award but also the no less prestigious Trofeo BMW Group award at the event.

Ralph Lauren was born and raised in the Bronx, New York. During his years at high school, Lauren began to show his first signs of having an entrepreneurial spirit as well as a leaning towards the fashion business

When he went on to study business at the Baruch College, situated in the fashionable Flatiron District, Lauren was already working on designing male fashion. Lauren’s career in the fashion business was interrupted in 1962 when he went off to serve in the United States Army, being released in 1964. After release took up the role of our salesman in the famous Brooks Brothers situated on Madison Avenue in Manhattan, before leaving to become a salesman on the road for a tie company. Just two years later while still in his mid-twenties, Lauren designed a wide, European-style necktie in keeping with the style that was sweeping swinging London. Unable to find anyone to manufacture on his behalf , one recalls establishing a fairly primitive the highly successful next time manufacturing concern, which he sold to the fashion boutiques in Manhattan to the eventually managed to sell department store Neiman Marcus, no less than 100 dozen of his European necktie

With the profits earned, backed up by Manhattan clothing manufacturer Norman Hilton, Lauren followed his faith in his ability to design and produce neckties that the sixties public wanted, he opened a store in Manhattan specializing in selling neckties of his own exclusive designs, under the label “Polo”, later going on to develop the iconic polo neck shirt which has been Lauren’s trademark to this day.