For a long time it looked that Yellen, vice-chairman of the Fed, would be taking a short walk across the corridor to replace Bernanke when he steps down next year. However it now appears that informed sources in Washington and pointing at former Treasury secretary, Larry Summers, as a dark horse candidate for the role. 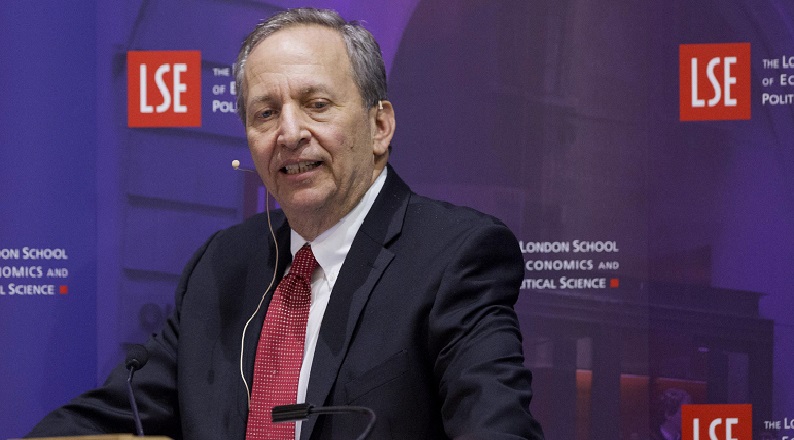 Despite the fact that the announcement of who will be replacing Bernanke next year is only due in September, most followers of government policy were more or less convinced that President Obama would not be looking any further than Ms Yellen to be Bernanke’s successor.

Now it appears that the choice of successor is far away from being a closed book, with not only Larry Summers being a strong contender but also another former Treasury secretary Tim Geithner, as well as another former vice-chairman of the Federal Reserve Bank Donald Kohn and even Stanley Fischer, due to relinquish his role as governor of the Bank of Israel in the summer, also believed to appear on some form of unofficial shortlist to take up the role.

The reason why many in the know speculating that Larry Summers’s name has risen to the top of the list, is that Obama may be fearful that despite case for Ms. Yellen having the strongest of economic credentials as well as many years of practical experience in central banking as head of the San Francisco Federal Bank, Ms. Yellen may not have the strength to handle the buffeting that is suspect to begin at a time when the almost four years of easy capital flow driven by the Fed begins to be eased off. Something that is due to happen almost immediately after Mr Bernanke leaves his post at the Fed.

What is being felt on Capitol Hill is that Bernanke’s assurances to Congress that the monthly $85 billion of asset purchases which make up what has been a third round of quantitative easing for the US economy needs to maintained for as long as the recovery in the economy has completed. Now with the US economy beginning to pick up speed, these days are drawing close and it will take a tough Fed President to withstand the pressures and not be tempted to reopen the tap on low-cost finance, which may be having an inflationary effect on the economy.

While Messrs. Geithner, Kohn and Fischer undoubtedly have the backbone for the job, Obama may well feel that, as the trio are all well into their seventies, that a younger man may well be more fitting to take up the position.

And that’s where Larry Summers is looking more and more attractive among people in the know to fill the role. Not only does Summers come from a rich economic background is particularly noted for the strength of his intellectual leadership abilities, a factor that would be of tremendous assistance in helping Summers handling the many challenges that come with the position, and even more so during the difficult times expected over the next two or three years as the US economy virtually rebuilds itself.

There is little doubt that appointing the replacement to Bernanke, is among the most significant decisions that President Obama will have to make during his second presidency. The financial legacy that he will leave behind can be either positive or negative and depending solely on the success or failure of the man in charge at the Fed over the remaining three years of his time in the White House

While there are pluses and minuses for every candidate , the smart money in Washington saying that if Obama wants to find exactly the right man for the job, Summers should be the President’s  choice.

Lawrence Henry Summers (Larry) was born in  New Haven, Connecticut,  although he  spent the majority of his childhood in Penn Valley, Pennsylvania. There is little doubt that Summers came from an impeccable background in the world of economics, with both of his parents, Robert and Anita both serving as professors on the subject at the University of Pennsylvania . Summers can also boast the rare distinction of having two uncles who are both Nobel laureates in economics: Paul Samuelson (on his father’s side) and Kenneth Arrow (on his mother’s side).

Despite the rich family background, Summers interest in economics only began to show after he began to study at the internationally renowned Massachusetts Institute of Technology (MIT), where his original plan was to study physics. However within a few months, summers appeared to catch the bug, switching his study program to economics. After graduating from MIT Summers went on to attend Harvard University,   where he graduated with a  PhD in economics in 1982. Just a year later,   aged just 28, summers was offered the role of a tenured professor at Harvard, making him one of the youngest in the University’s history.

In the meantime summers has also served as the President of Harvard University, initially from 2001 to 2006. Currently Summers acts as the Charles W. Eliot University Professor at Harvard University’s Kennedy School of Government.