Jerry Seinfeld had been just another stand-up comedian working the vibrant comedy club scene of Manhattan in the eighties, when he came up with what he thought was an original idea that might transfer very well to a TV sitcom – about nothing. 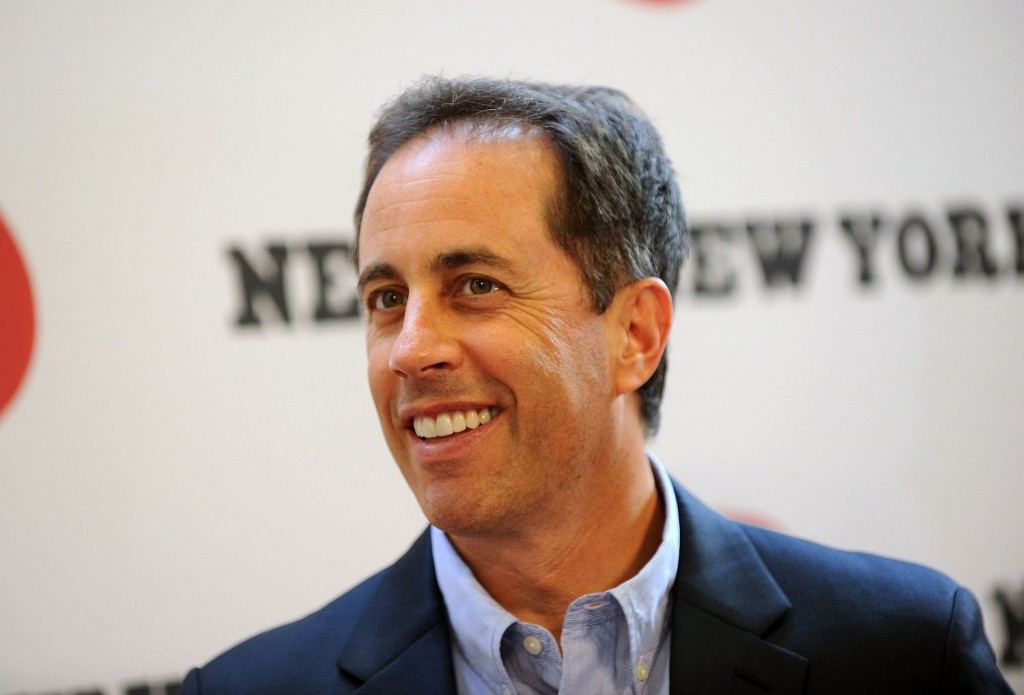 Seinfeld, who as well as gaining a strong following on the comedy club circuit had begun to make some TV appearances in the mid eighties, both on sitcoms as well as being a semi-regular guest on the Tonight Show with Johnny Carson. With the idea forming in his head to develop “Seinfeld” he approached his close friend and fellow standup comedian Larry David to “bounce” the idea off of him. Jerry Seinfeld famously recalls his considerable surprise when David fell in love with the idea, and they sat down to create a story line about the fairly empty lives of characters living in Manhattan of the Eighties. Seinfeld and David knew that what would be the key to  success and failure of the show ( if it was to happen) would be the list of characters, some of them based on real friends and acquaintances ( Seinfeld played himself with many suspecting that the part of Kramer was based on David.)

After several frustrated attempts to sell the show to various television networks, Seinfeld and David eventually convinced NBC to take on a pilot series, with the first airing of “Seinfeld” being on the July 5, 1989. At its outset the season was a bit of a “sleeper” with its unusual format failing to attract a serious television audience, especially as it was aired at the very non peak time slots.

However Seinfeld graduated from a sleeper to a “grower” with its viewing figures strong enough to encourage the executives at NBC to keep the show on air. That decision proved to be one of the wisest they made with the short lasting a total of nine seasons with its final viewing being almost exactly 15 years ago on May 14, 1998.

At the end of the show’s nine year run, Jerry Seinfeld and Larry David were less comfortably off, but holding contracts that will see them earn considerable royalties on reruns of the series. And these reruns, according to unofficial estimates, then since generate more than three billion dollars, a fair portion of which has made its way into Seinfeld’s and David’s bank accounts, mainly from the off-network syndication deals made with television channels not only in the US but in Israel and the United Kingdom or wherever there is a concentration of English-speaking people who grew to appreciate particular humor generated on the Seinfeld show. Humor that has more than withstood the test of time.

And with the latest round of syndication deals just having been signed, estimates are that the Jerry Seinfeld and Larry David duo’s earning will rise to the to the sum of $400 million to each of them, thanks to an ongoing and particularly lucrative profit participation deal that they struck with Warner Brothers’ Castle Rock Entertainment, who purchased the syndication rights to the series.

Television pundits state that Seinfeld is almost unique in its format and is a success in the “afterlife.” Despite the fact that it was relatively inexpensive to produce, the series has earned particularly more profit in syndication than when it was on the air. Another key factor to its profitability in syndication, and is still largely unavailable, at least legally, online. A situation liable to continue for as long as syndicated TV channels are still willing to pay out royalties in order to broadcast it. All indications are that syndication will continue indefinitely for Seinfeld and company with surveys showing that an entire new generation of the show’s followers are springing up all the time.

Jerry Seinfeld, now approaching sixty has worked only sporadically since the windup of Seinfeld close to fifteen years ago. Not that there weren’t opportunities, but the typical Jewish New Yorker is smart enough to know that there can only be one “Seinfeld” in every lifetime.