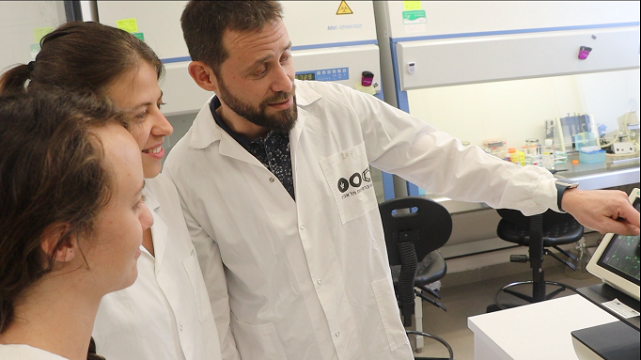 Israel is at the forefront of new medtech as well as research and development of new treatments and medications, specifically for cancer. Its universities – Tel Aviv University, Ben-Gurion University, The Hebrew University, The Weizmann Institute, Haifa University and Bar Ilan University – impressed the world in 2022 with their continued breakthroughs in the fight against cancer.

This comes as little surprise to anyone who has followed the daily news coming out of Israel Startup Nation. Israeli firms are at the forefront of new medical technologies and Israeli researchers seem to come up with new medical treatments on almost a daily basis.

Here is the Jewish Business News list of the 10 biggest breakthroughs in cancer treatment and research that came out of Israel in 2022.

Anxiety Medications Aid Cancer Treatment
Scientists from Tel Aviv University (TAU) determined that medication used to prevent anxiety, stress and inflammation markedly reduced the risk of developing metastases after the operation to remove the tumor. What they described as a “short, simple and safe drug treatment” was found according to the first clinical study of its kind conducted among 34 colon cancer patients operated on at Sheba Tel Hashomer Medical Center.

This new study included 34 patients treated at Tel Hashomer Hospital. The findings show that 5 years after surgery, only 12.5% of the surgical patients who received the drugs developed cancer metastases, compared to 50% in the control group.

Israeli Researchers Find Way to Inhibit Cancer By 80%
In 2022, Researchers from Tel Aviv University deciphered, for the first time, a mechanism that enables skin cancer to metastasize to the brain and managed to delay the spread of the disease by 60% to 80% using existing treatments. The encouraging study was led by Prof. Ronit Satchi-Fainaro and Ph.D. student Sabina Pozzi of the Sackler Faculty of Medicine at Tel Aviv University. The results were published in the scientific journal JCI Insight.

The researchers from Tel Aviv University found that in melanoma patients with brain metastases, the cancer cells “recruit” cells called astrocytes, star-shaped cells found in the spinal cord and brain which are responsible for homeostasis, or maintaining stable conditions, in the brain… Read More Here

New Israeli Method Eradicates Deadly Brain Tumors
In September, a groundbreaking study at Tel Aviv University effectively eradicated glioblastoma, a highly lethal type of brain cancer. The researchers achieved the outcome using a method they developed based on their discovery of two critical mechanisms in the brain that support tumor growth and survival: one protects cancer cells from the immune system, while the other supplies the energy required for rapid tumor growth. The work found that both mechanisms are controlled by brain cells called astrocytes, and in their absence, the tumor cells die and are eliminated.

Using an animal model, in which they could eliminate active astrocytes around the tumor, the researchers found that in the presence of astrocytes, the cancer killed all animals with glioblastoma tumors within 4-5 weeks. Applying a unique method to eradicate the astrocytes near the tumor, they observed a dramatic outcome: the cancer disappeared within days, and all treated animals survived. Moreover, even after discontinuing treatment, most animals survived… Read More Here

Personalized Nanotech Cancer Treatment
An Israeli scientist from Bar Ilan University is working on a way to use nanotechnology – nanotech – for new personalized cancer treatment. The new tech uses light-sensitive nanoparticles followed by a predictive machine learning model in order to tailor a cancer treatment that meets the specific cancer an individual has.

Eli Varon is a Ph.D. student at Bar-Ilan University’s Faculty of Engineering whose research focuses on developing a technology that will significantly improve the effectiveness of cancer treatment. “This is a personalized technology based on the use light sensitive nanoparticles that is followed by a predictive machine learning model,” he boasts… Read More Here 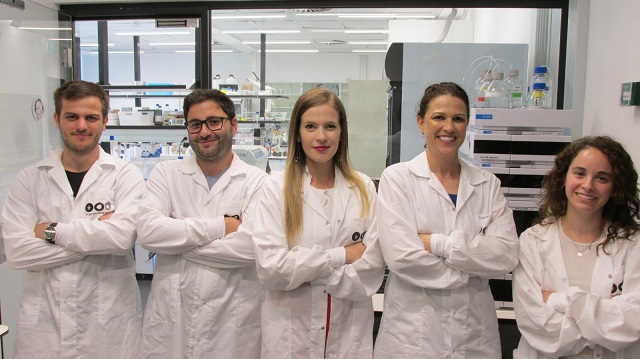 Can Ultrasound Destroy Tumors?
According to research conducted by Israeli scientists that was revealed in November, a combination of ultrasound and nanobubbles could destroy cancer tumors, eliminating the need for invasive treatments. Scientists from Tel Aviv University say that a new technology they developed makes it possible to destroy cancerous tumors in a targeted manner, via a combination of ultrasound and the injection of nanobubbles into the bloodstream. According to the research team, unlike invasive treatment methods or the injection of microbubbles into the tumor itself, this latest technology enables the destruction of the tumor in a non-invasive manner… Read More Here

Chemotherapy Breakthrough
In April, researchers from Tel Aviv University revealed that they developed yet another new treatment for cancer. The researchers proved that a drug delivery system based on lipid nanoparticles can utilize RNA to overcome resistance to both chemotherapy and immunotherapy in cancer treatments.

They declared that the study opens a new path to a personalized and precisely targeted battle against cancer. The results were published in the scientific journal Advanced Materials… Read More Here 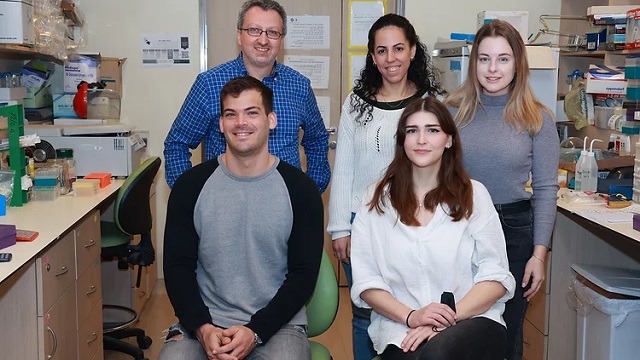 Lung Fluid Can Be Used To Make Cancer Vaccine
In August, Israeli researchers from the Technion in Haifa and the Sheba Medical Center say that they may be on the verge of making a major breakthrough in the treatment of lung cancer. In a study published in the Journal for Immunotherapy in Cancer (JITC).

When people suffer from lung related illnesses such as cancer and pneumonia their lungs can fill up with fluids that interfere with breathing. But according to this new study, the fluids can be used to develop a kind of vaccine tailored to treat the individual patient suffering from lung cancer… Read More Here

Stress Reduction Aids Cancer Treatment
A new study conducted at Tel Aviv University revealed in October determined that the use of the Inquiry Based Stress Reduction IBSR technique among women with increased risk of breast cancer (carriers of BRCA1/BRCA2 genes) can be very helpful in coping with stressful events, enhance emotional and psychological well-being, improve quality of sleep, and assist in decision making.

The study included 100 young women, carriers of BRCA1/BRCA2 genes, at increased risk of breast/ovarian cancer. It was led by Dr. Shahar Lev-Ari of the Sackler Faculty of Medicine at Tel Aviv University… Read More Here

New Way to Administer Cancer Meds
Weizmann Institute of Science researchers in 2022 found a new and safe way to safely administer an immunotherapy drug to cancer patients that, unfortunately, has been considered until now to be too toxic to recipients, thereby making the cure worse than the disease. The scientists made the alteration by creating a new antibody that they added to the treatment.