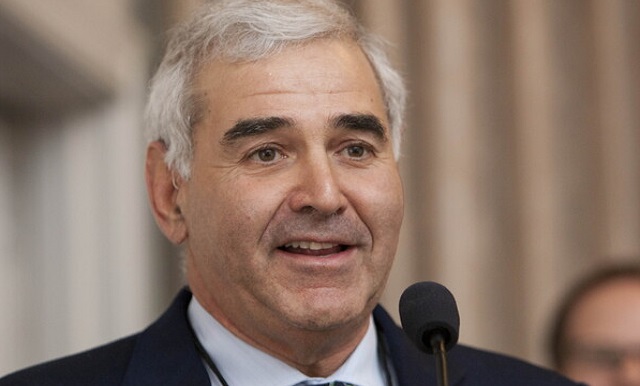 Andy Sabin, chairman of Sabin Metal Corporation, has spent $50,000 of his own money to save four endangered lion cubs from war torn Ukraine. Sabin, an American businessman who makes his home in the Hamptons, is known for his support of animal rights causes.

The four cubs will be flown by Andy Sabin to the US on a private Gulfstream G650 plane and will be accompanied by an expert veterinarian. The cubs are named Prada, Taras, Stefania and Lesya.

“These are four lion cubs,” Andy Sabin told the New York Post. “They were confiscated in Odessa. They’re two months old, can’t fly cargo because of the temperature.

The Post also quoted a source that aid of the cubs, “They’ll be climbing into the fanciest private jet currently on the market with their own flight attendant.”

Andy Sabin has served for several years on the Environmental Law Advisory Boards of Columbia Law School and UCLA School of Law, relationships that began through his role as treasurer of The Evan Frankel Foundation, which made grants of more than $17 million during its 15-year existence. Mr. Sabin is also proud to be a member of the Board of Visitors of the M.D. Anderson Cancer Center at the University of Texas since 2005.

Andy Sabin, Chairman of Sabin Metal Corporation, established the family foundation in 2008 to make his philanthropy more impactful. Today, he mentors and inspires his family to carry on this important work. Each year, the foundation gives nearly 200 grants that focus on protecting our environment, strengthening our communities and advancing cancer research.

According to his bio from Yale, Andy Sabin does more than simply provide financial support to hundreds of organizations. He is actively engaged with community and environmental programs around the world. He spearheaded the building of a community recreation center in East Hampton, NY. As an extension of his life long fascination with reptiles and amphibians and dedication to environmental education, he founded the South Fork Natural History Museum in Bridgehampton and he continues to lead nature walks for the institution. (Mr. Sabin also participated in an expedition to Papua, New Guinea, that resulted in the discovery of a new species of frog that is named for him: Aphantophryne sabini.)