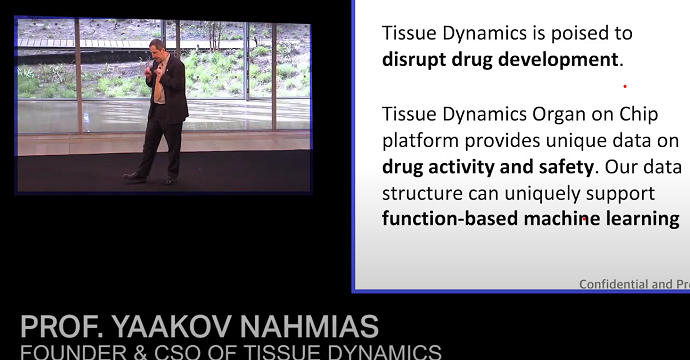 A group of researchers, led by Professor Yaakov Nahmias, Director of the Grass Center for Bioengineering at the Hebrew University of Jerusalem, and founder of the biotechnology startup Tissue Dynamics, found a new mechanism of antibiotics-induced kidney damage, never identified before. They developed a bionic kidney chip that uses sensors in living human tissue to discover a new mechanism of antibiotic toxicity. New drug combination demonstrates increased antibiotic safety, enables new antibiotic development.

This is a really important breakthrough because, as has long been understood, the more that antibiotics are used to kill bacteria, the more anti-biotic resistant stands proliferate in the absence of competition. This leads to the evolution of “Super bugs,” bacteria that are too hard to kill.

As the researchers explain, antibiotic resistance is a growing public health concern with global implications. Antibiotic-resistant infection affects over 2.8 million individuals each year in the United States alone, resulting in more than 35,000 annual deaths. New resistance mechanisms constantly emerge and spread globally, threatening our ability to treat common infectious diseases, such as pneumonia, tuberculosis, and sepsis.

Gentamicin is a commonly-used antibiotic, considered an essential medicine by the World Health Organization (WHO). Antibiotics of this kind (aminoglycosides) cause kidney damage in up to 25% of hospitalized patients. This is a major problem for more than 37 million Americans estimated to suffer from chronic kidney disease, according to the Center for Disease Control (CDC). In fact, the American Federal Drug Administration (FDA) considers the development of antibiotics for patients with chronic kidney disease to be a national priority.

“Most work in the drug development field is being carried out in mice”, said Professor Yaakov Nahmias, “and the mechanism we found is human-specific”.

“This is a dramatic demonstration that bionic technology, which blends sensors with human tissue, could rapidly propel drug development forward”, shared Nahmias, whose company Tissue Dynamics was recently selected as one of the top 5 organ-on-chip companies in the world.