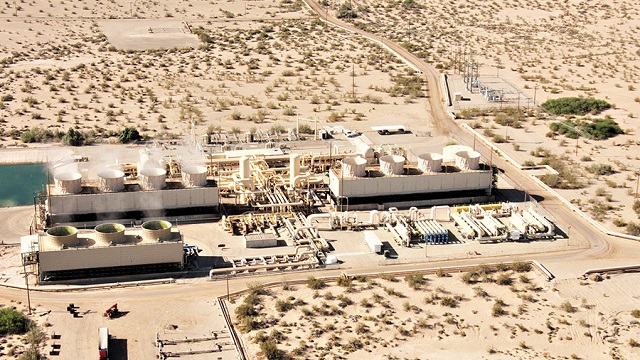 Ormat Technologies, Inc., an Israeli geothermal energy company, offered up for sale on Friday a large block of stock belonging to Japan’s ORIX Corporation in an underwritten secondary offering of an aggregate of 3,500,000 shares of its common stock. Orix owned about 22% of Ormat’s stock and came away with $337 million after selling the stock for $90 per share.

Ormat did not offer any of its common stock in the offering for its own account and will not receive any proceeds from the sale of the shares being offered by the selling stockholder.

After the sale, Ormat stock fell by 3%. This should come as no surprise as stock markets the world over are down a great deal these days. Also, when an important firm like Orix decides to divest itself of your company it is not exactly a vote of confidence. And the dumping of such a large block of stock means that the basic laws of supply and demand kick in, lowering its value.

Orix unloaded its shares; even though, Ormat reported a strong third quarter 2022. Net income attributable to the Company’s stockholders and diluted EPS for the third quarter of 2022 increased 21.5% and 23.1%, respectively, versus the prior year period. This was a result of the increase in operating income driven by all operating segments.

Adjusted Net income attributable to the Company’s stockholders and adjusted diluted EPS for the third quarter of 2022 increased 5.3% and 2.5%, respectively, compared to last year.

“Ormat’s third quarter financial performance demonstrated strong growth to our consolidated top-line, driven by continued momentum in our Electricity and Energy Storage Segments along with a notable improvement in our Product Segment,” said Doron Blachar, Ormat’s Chief Executive Officer. “Our fourth consecutive quarter of top-line growth drove expansion in both our Operating income and Net income. Adjusted EBITDA was flat year-over-year driven by the absence of $15.8 million of insurance proceeds received in relation to the Puna power plant in Hawaii during the third quarter of last year. Also, gross margin of the Electricity segment was impacted by the insurance proceeds related to Puna, and excluding that, gross margin in the third quarter 2022 increased by 4.5% compared to last year. The continued growth in our Electricity segment was supported by CD4 and Tungsten 2, which commenced commercial operation in the last quarter, as well as increased operations and higher electricity rates at Puna in the third quarter. In the Product segment, newly negotiated and signed contracts have improved our margins while strengthening our backlog. Additionally, the increase in energy prices has boosted energy storage revenues.”

Founded in 1965, Ormat Technologies is a geothermal company and the only vertically integrated company engaged in geothermal and recovered energy generation (“REG”), with the objective of becoming a leading global provider of renewable energy. The Company owns, operates, designs, manufactures and sells geothermal and REG power plants primarily based on the Ormat Energy Converter – a power generation unit that converts low-, medium- and high-temperature heat into electricity.

In May of 2021, Ormat Technologies entered into an agreement with TG Geothermal Portfolio, LLC (a subsidiary of Terra-Gen, LLC) to acquire two contracted geothermal assets in Nevada with a total net generating capacity of 67.5 MW (net), a greenfield development asset adjacent to one of the plants, and an underutilized transmission-line. The acquisition is expected to close in the second half of 2021, subject to regulatory and other customary closing conditions.