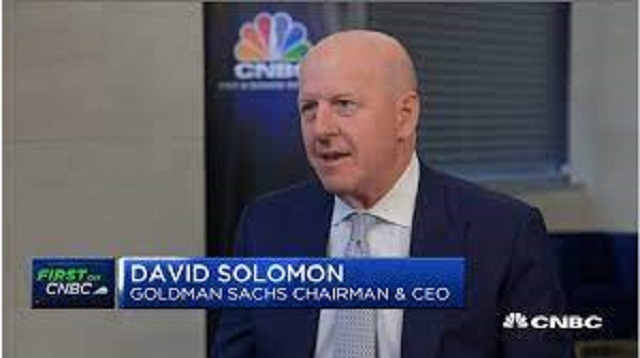 David Solomon, the CEO of Goldman Sachs, was accused of sexual harassment by a former female partner and the firm paid off his accuser $12 million, according to a report in Bloomberg. The former partner alleged that Solomon made vulgar sexual comments in her presence that included “bragging” about getting oral sex. Goldman Sachs also lowered its oil price forecast by $10 to $100 per barrel for the fourth quarter of 2022.

The reason for a drop in the price of oil is that China is expected to enforce new shutdowns to prevent another Covid outbreak.

“The market is right to be anxious about forward fundamentals, due to significant Covid cases in China and a lack of clarity on the implementation of the G7′s price cap,” Goldman economists including Jeffrey Currie said in a not. “China’s Covid cases are at Apr-22 highs, yet, the new policy reaction function is unknown … we lower our expectations for China demand by 1.2 [million barrels per day] for the quarter (to 14.0 mb/d), anticipating further lockdowns from here.”

As for the allegations against David Solomon, they date back to 2018, just before he took over at Goldman Sachs replacing Lloyd Blankfein. Goldman has also been accused of paying women less than men and other of its top executives have been charged with making crude and dismissive remarks about women.

Kathy Ruemmler, General Counsel at Goldman Sachs refuted the accusations in a statement saying, “Bloomberg’s reporting contains factual errors, and we dispute this story. Anyone who works with David knows his respect for women, and his long record of creating an inclusive and supportive environment for women.”

But Bloomberg, for its part, released a statement of its own saying simply, “We stand by our reporting.”

David Solomon is Chairman and Chief Executive Officer and a member of the Board of Directors of The Goldman Sachs Group, Inc.

Previously, he was President and Chief Operating Officer and prior to that, he served as Co-Head of the Investment Banking Division from 2006 to 2016. Before that, Mr. Solomon was the Global Head of the Financing Group, which includes all capital markets and derivative products for the firm’s corporate clients. He joined Goldman Sachs as a Partner in 1999.