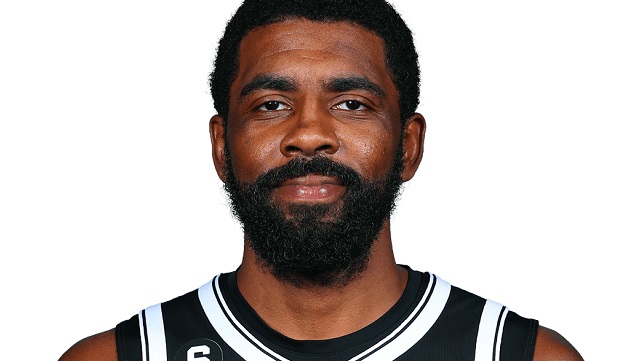 NBA Star Kyrie Irving, who plays for the NBA’s Brooklyn Nets, has made an apology to the Jewish community over his recent controversial comments and social media posting. Irving was officially suspended by the Nets on November 3, for 5 games without pay.

The controversy began when on October 29 Kyrie Irving posted a link to an anti-Semitic film on social media. (Jewish Business News will not acknowledge the video by naming it.)

The reason for his suspension, however, was the fact that Kyrie Irving made no effort to apologize for what he did and refused to do so when given the opportunity during an interview. Irving’s initial 5 game suspension has now lasted for 8 games since it was imposed until he apologized.

This, explained the Nets, was why they continued Kyrie Irving’s suspension. The team released a statement saying, “Such failure to disavow antisemitism when given a clear opportunity to do so is deeply disturbing, is against the values of our organization, and constitutes conduct detrimental to the team. Accordingly, we are of the view that he is currently unfit to be associated with the Brooklyn Nets. We have decided that Kyrie will serve a suspension without pay until he satisfies a series of objective remedial measures that address the harmful impact of his conduct and the suspension period served is no less than five games.”

“I just want to apologize deeply for all my actions throughout the time that it’s been since the post was first put up,” said Kyrie Irving. “I’ve had a lot of time to think. But my focus, initially, if I could do it over, would be to heal and repair a lot of my close relationships with my Jewish relatives, brothers and sisters.”

Kyrie Irving also declared that he is not anti-Semitic and never has been.

“I don’t have hate in my heart for the Jewish people or anyone that identifies as a Jew. I’m not anti-Jewish or any of that,” he said.

“I think the difficult aspect is just processing all this, understanding the power of my voice, the influence I have,” added Kyrie Irving.

The question now is, will this be enough?

The Brooklyn Nets have not said if Kyrie Irving will be allowed to play in their next game against Memphis on Sunday.