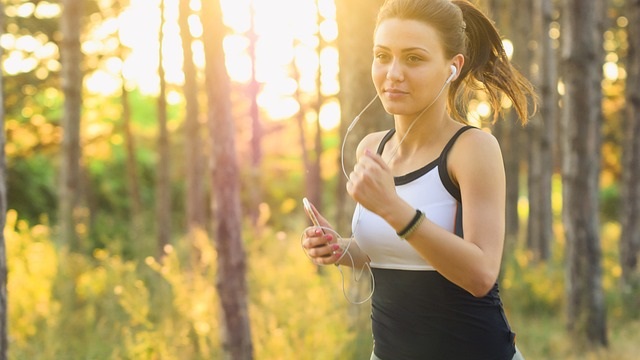 In yet another cancer related breakthrough from Israeli scientists, a new study at Tel Aviv University found that aerobic exercise can reduce the risk of metastatic cancer by 72%. According to the researchers, intense aerobic exercise increases the glucose (sugar) consumption of internal organs, thereby reducing the availability of energy to the tumor.

Already this month, scientists from Tel Aviv University revealed that they developed a new cancer treatment that they say may significantly enhance the efficacy of chemotherapy in breast cancer patients, reducing the risk for lung metastasis following chemo from 52% to only 6%. The researchers found the mechanism that generates a cancer-promoting inflammatory environment in response to chemotherapy. Moreover, the researchers found that by adding an anti-inflammatory agent to the chemotherapy, metastasis can be prevented.

And in October, another study conducted at Tel Aviv University determined that use of the Inquiry Based Stress Reduction IBSR technique among women with increased risk of breast cancer (carriers of BRCA1/BRCA2 genes) can be very helpful in coping with stressful events, enhance emotional and psychological well-being, improve quality of sleep, and assist in decision making.

This new cancer study was led by two researchers from TAU’s Sackler Faculty of Medicine: Prof. Carmit Levy from the Department of Human Genetics and Biochemistry and Dr. Yftach Gepner from the School of Public Health and the Sylvan Adams Sports Institute. Prof. Levy emphasizes that by combining scientific knowhow from different schools at TAU, the new study has led to a very important discovery which may help prevent metastatic cancer – the leading cause of death in Israel.

Prof. Levy and Dr. Gepner: “Studies have demonstrated that physical exercise reduces the risk for some types of cancer by up to 35%. This positive effect is similar to the impact of exercise on other conditions, such as heart disease and diabetes. In this study we added new insight, showing that high-intensity aerobic exercise, which derives its energy from sugar, can reduce the risk of metastatic cancer by as much as 72%. If so far the general message to the public has been ‘be active, be healthy’, now we can explain how aerobic activity can maximize the prevention of the most aggressive and metastatic types of cancer.”

The study combined an animal model in which mice were trained under a strict exercise regimen, with data from healthy human volunteers examined before and after running. The human data, obtained from an epidemiological study that monitored 3,000 individuals for about 20 years, indicated 72% less metastatic cancer in participants who reported regular aerobic activity at high intensity, compared to those who did not engage in physical exercise.

The animal model exhibited a similar outcome, also enabling the researchers to identify its underlying mechanism. Sampling the internal organs of the physically fit animals, before and after physical exercise, and also following the injection of cancer, they found that aerobic activity significantly reduced the development of metastatic tumors in the lymph nodes, lungs, and liver. The researchers hypothesized that in both humans and model animals, this favorable outcome is related to the enhanced rate of glucose consumption induced by exercise.