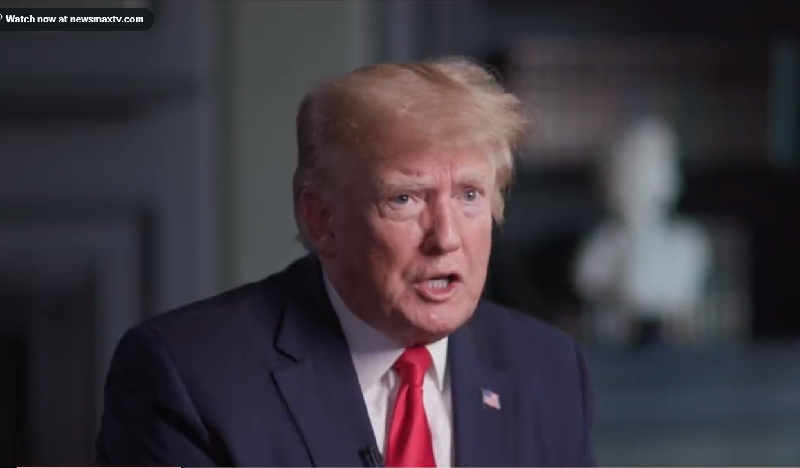 Donald Trump in an interview with Newsmax/ screenshot

Former President Donald Trump surprised no one when he became the first official candidate for the Republican nomination for President of the United States in 2024. Trump announced his candidacy Tuesday night, only a week after his party did poorly in America’s mid-term elections.

There will be two big differences between the Trump 2024 campaign and the 2016 campaign: This time he will be running as a former president and he will also be doing so without his daughter Ivanka and son-in-law Jared Kushner who both worked for Trump at the White House.

And unlike in 2020, Donald Trump does not seem to have the “fear factor” among Republicans that he had in the past, especially in light of the 2022 midterm Congressional elections results. People who previously seemed cowed by Trump’s popularity among Republican voters, such as former Vice President Mike Pence, have already been vocal in criticizing Trump. And many senior Republicans are testing the waters for their own presidential runs.

Donald Trump showed that he had not changed a bit in his announcement. Trump said that he was running again, “in order to make America great and glorious again” claiming that President Biden undid his own work.

In fact, Joe Biden was central to Trump’s speech.

Donald Trump alleged that Joe Biden is “leading us to the brink of nuclear war, a concept unimaginable just two short years ago.”

“The decline of America is being forced upon us by Biden and the radical left lunatics running our government right into the ground,” he added. “This decline is not a fate we must accept.”

As for the former first daughter, Ivanka Trump, she has apparently had enough of politics.

Ivanka Trump issued a statement making the classic claim that she would prefer to spend more time with her family.

“I love my father very much. This time around, I am choosing to prioritize my young children and the private life we are creating as a family. I do not plan to be involved in politics,” she said.

“While I will always love and support my father, going forward I will do so outside the political arena,” added Ivanka Trump. “I am grateful to have had the honor of serving the American people and I will always be proud of many of our administration’s accomplishments.”

Of course, the fact that Ivanka herself is under criminal investigation and has been caught up in her father’s numerous legal problems must have also been a factor in her decision.