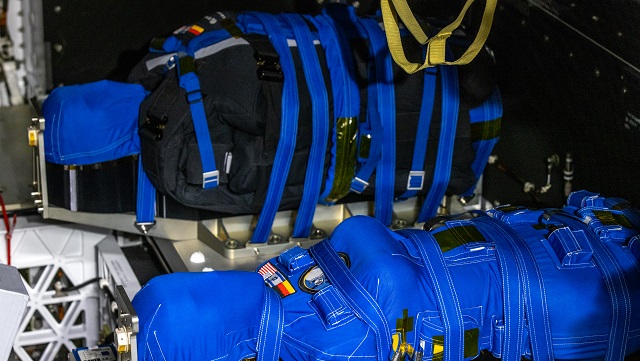 NASA’s Artemis I is on its way to the Moon after having been delayed for a few months due to technical difficulties. The Artemis rocket, which was launched early Wednesday morning, takes with it new experimental anti-radiation equipment developed by Israel’s StemRad.

NASA says that Artemis is the first step in the next era of human exploration. Together with commercial and international partners, NASA will establish a sustainable presence on the Moon to prepare for missions to Mars.

The Artemis I mission will debut the SLS rocket and the Orion capsule it is carrying with no crew on board – for the more than month-long journey around the moon and back. Ahead of the launch of its Artemis I flight, NASA installed Zohar and Helga, the two identical manikins for testing a new radiation protection vest developed by StemRad.

In lieu of a human crew, Artemis I’s Orion spacecraft will be carrying two identical manikin torsos, dubbed Helga and Zohar and manufactured from materials that mimic human bone, soft tissues, and the organs of an adult female. Female forms have been chosen because women typically have greater sensitivity to the effects of space radiation. Zohar will be wearing the StemRad radiation vest, which covers the upper body, the uterus, and blood-forming organs, while Helga will not. The manikins are equipped with radiation detectors, which will enable scientists to map internal radiation doses to bodily areas containing critical organs. Identical in every other way, they will inform scientists on how well the new vest may protect the crew from radiation, while also collecting data on how much radiation astronauts might experience inside Orion on a lunar mission – conditions that cannot be recreated on Earth.