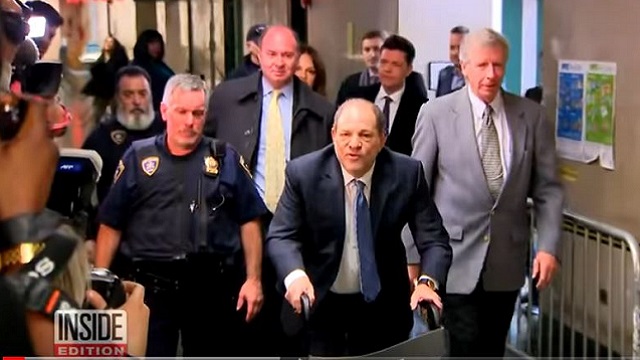 Jennifer Siebel Newsom, the wife of California’s governor Gavin Newsom, is just the latest in a long list of famous women to take the stand and say “Me too” about former Hollywood mogul Harvey Weinstein, as well as a number of powerful men in recent years.

The 48-year-old Jennifer Lynn Siebel Newsom is a documentary filmmaker and actress who married Gavin Newsom in 2008. But before that, she had a run-in with Harvey Weinstein.

Siebel Newsom cried as she recounted being raped by Harvey Weinstein. In the original complaint, her identity was shielded and Newsom was known only as “Jane Doe #4.” But once the trial began her identity was revealed. Newsom said that she met Weinstein in 2005 at the Toronto Film Festival when she was just a struggling actress at the time.

“It felt like the Red Sea was parting,” Siebel Newsom said about first meeting Weinstein. “I don’t know if it was deference or fear.”

“I felt a bit intimidated. He was charming,” she said about Weinstein. “He treated me initially like he was really curious about me. Maybe flattered is how I felt?”

Harvey Weinstein’s attorney Mark Werksman attempted to portray Jennifer Siebel Newsom as nothing more than a gold digger who volunteered her body to Weinstein to get ahead. During his opening statements, Werksman was merciless in his description of Newsom describing her as being “a very prominent citizen of California.” But now, because of the accusations that Newsom leveled against Weinstein, she who has made herself “a prominent victim in the #MeToo movement.”

Werksman added that “she’d be just another bimbo who slept with Harvey Weinstein to get ahead in Hollywood.”

This strategy may backfire. Who would believe that a prominent woman at this point in her life would make up such charges and subject herself to public humiliation just so that she could make herself into some sort of a folk hero?

Harvey Weinstein is currently serving a prison sentence in New York where he was convicted on February 24, 2020, on 2 of five counts charged, criminal sexual assault in the first degree and one count of rape in the third degree. On March 11 he was sentenced to 23 years in prison. While currently serving that sentence, Weinstein can still be charged and tried in another jurisdiction even in jail.