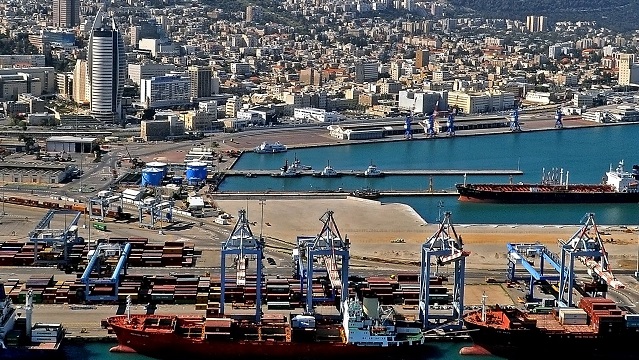 The Adani Gadot Group – a combination of the Adani Group and the Gadot Group -which won the state tender to privatize the Port of Haifa, has concluded an agreement to finance its purchase of the Port. The Group which had received several financing offers from several banking consortiums in Israel and abroad has selected the offer made by a group led by Mizrahi Tefahot Bank.

The Adani Group won the tender for the privatization of the port of Haifa with a $1.2 billion bid.

The financing contract was agreed with a banking consortium led by Mizrahi Tefahot Bank and which includes Meitav Investments and the State Bank of India. The Adani Gadot Group, which won the tender by committing to pay 2.9 billion ($800 million) NIS for the port along with an additional commitment of a 1 billion NIS investment into further developing port facilities, will finance the rest of the purchase using its own finances.

But why is Israel remaking the port of Haifa?

If you live in Israel today, or just follow the news from the country, then you know that one of the biggest complaints Israelis have is the high cost of living. The media – on almost a daily basis – offers reports on how common products, from toiletries to over the counter medications, cost a lot more in Israel than in Europe. And this is in spite of the fact that Israel has posted a much lower rate of inflation than Europe over the past year.

So, why are prices there so much higher? Well, there are many reasons. One is that it is a small country with a small market so importers and distributors place higher markups on goods. If an item can sell 1 million units in Israel and 20 million units in the EU, and in both cases there is one company that imports and distributes the product, then the European company will earn 20 times as much as the Israeli one with the same total markup.

So, the Israeli company charges more and still earns much less than the one in Europe.

But there are also problems with few and inefficient ports where high fees are charged to the importers and the shipping companies. The rates are reportedly higher than in other western countries. And so, a few years back, it was decided to privatize the port in Haifa after plans for an entirely new port there were scrapped.

Whether or not they are all privatized, Israel’s ports are certainly in need of upgrades and modernization. The Port of Haifa is the largest in handling of passengers and cruise ships and the second largest in Israel in its container handling capability.

Aiming to avoid high interest payments over their 30-year concession, the Adani Gadot Group have chosen to proceed with a short-term. The remainder of the funds necessary for completing the purchase will be self-financed.

Karan Adani CEO OF APSEZ: “I am very pleased that this very important Milestone in investment in Haifa Port Company and in Israel in general, is progressing well and as planned. I’m sure this is only the beginning of a much larger relationship for us in Israel and investment in the region.
The Adani Gadot Group has concluded the financial closure and we are on track to proceed with the takeover of Haifa port as per schedule.

The Indian Adani Group (henceforth: “The Group” or “Group”) is owned by Gautam Adani, the 3rd richest man in the world. The Adani group has significant holdings in various sectors including thermal and solar energy, ports, mines, cement, power plants and owns the Mumbai Airport in India, the second biggest airport in India. The Adani Group is also the largest producer of solar energy and the second largest producer of renewable energy. The Group is expected to invest approximately $70 billion into renewable energy projects by 2030.