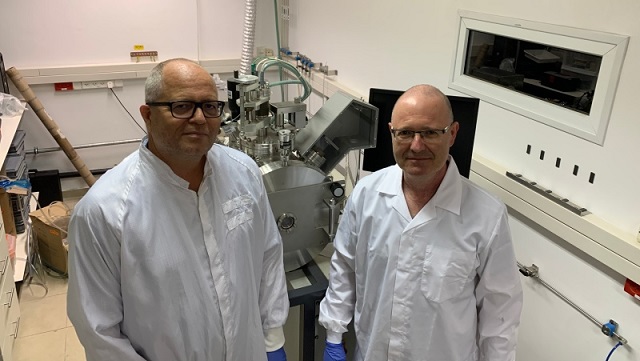 Israeli scientists from Ben Gurion University in the Negev and the Technion say they have made a breakthrough in the splitting of water to produce green hydrogen fuel. Alternative sources of energy are the future and Israel has always been at the forefront of their development, from solar power to wind power.

But you cannot get something from nothing and the problem with certain alternative energy dreams is that they look to create more power from the use of less power – and this is why some people call this a pipe dream.

According to the U.S. Department of Energy, Hydrogen is a clean fuel that, when consumed in a fuel cell, produces only water. Hydrogen can be produced from a variety of domestic resources, such as natural gas, nuclear power, biomass, and renewable power like solar and wind. These qualities make it an attractive fuel option for transportation and electricity generation applications. It can be used in cars, in houses, for portable power, and in many more applications.

Hydrogen is an energy carrier that can be used to store, move, and deliver energy produced from other sources.

But splitting water to produce green hydrogen fuel has two drawbacks right now: It is both time and energy intensive.

So, Ben-Gurion University of the Negev environmental physicist Prof. Arik Yochelis and Technion – Israel Institute of Technology material scientist Prof. Avner Rothschild took a different tack and believe they have identified new pathways that would speed up the catalytic process that is expected to reduce the invested electrical energy costs significantly.

“Our research changes the common understanding within the scientific community regarding the catalytic mechanism for oxygen evolution, a central and important reaction that represents a bottleneck in producing hydrogen from water. By combining knowledge and experience from two different fields, we showed that the catalytic reaction is more complicated than people think. Hopefully, this new understanding will lead to additional breakthroughs in materials development and new processes to create clean fuels from renewable resources in order to facilitate the transition to net-zero,” says Prof. Rothschild.

Water splitting process that is aided by solar energy (i.e., photoelectrochemistry) lowers the amount of the invested electrical energy needed to break the chemical bonds in the water molecule to generate hydrogen and oxygen. Oxygen evolution requires transfer of four electrons to create one oxygen molecule (O2) and two hydrogen molecules (H2). According to the current paradigm, those electrons move one after the other in a sequence of four steps on an atomic reaction site, which makes the chemical reaction energetically difficult.

However, Profs. Yochelis and Rothschild showed both theoretically and experimentally a new paradigm according to which two electrons can simultaneously be transferred at different reaction sites, reducing the energy barriers for oxygen evolution.

But people should not get excited about this right now. Any new technology in this field is a very long way off from becoming a reality, if ever.