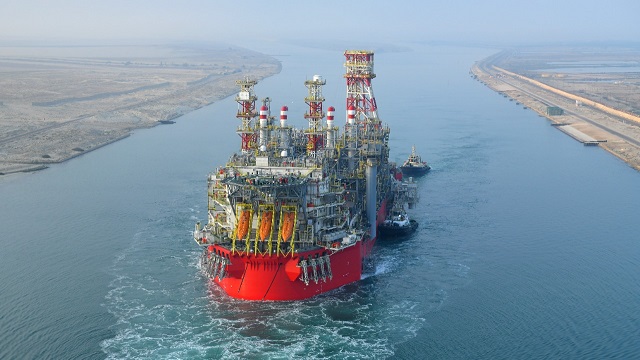 Energean, the British energy company which operates Israel’s natural gas fields in the Mediterranean Sea, said that Israel’s Zeus exploration well in the Eastern Mediterranean may have as much as 13.3 Billion cubic meters (bcm) of recoverable natural gas resources (pre-drill estimate 10 – 12 bcm) within it..

(bcm is a unit of energy, specifically natural gas production and distribution. Pre-drill estimates are a way to predict yield using seismic velocities.)

The announcement comes just one month after Energean revealed that it had found as much as 15 billion cubic meters of natural gas in its Hermes field, located to the southeast of Israel’s Karish field. And Energean is also starting production at the Karish gas field as well.

Continued development of Israel’s offshore natural gas fields in the eastern Mediterranean has been made easier by the recent maritime border agreement reached between Israel and Lebanon. A few weeks ago the two countries came to terms on an agreement over where to set the maritime border between them in the Mediterranean Sea. This was significant because Lebanon had made claims to rights over parts of Israel’s offshore Karish natural gas field in the Med and the Hezbollah terrorist group even threatened an attack on Israel should it begin production there before it reached a final deal with Lebanon over the border dispute.

Energean’s flagship development assets are the multi-tcf Karish, Karish North and Tanin fields, offshore Israel. Energean Israel (Energean’s 100% subsidiary) holds 100% interests in the Karish and Tanin leases and in Blocks 12, 21, 23 and 31. It also holds 80% interests in four licenses in Zone D in Israel’s EEZ, with Israeli Opportunity holding the remaining 20%.

The company said that the results from the Zeus well and the Athena post-well analysis provide Energean with additional confidence about the volumes and commerciality of the Olympus area, and the Company is now progressing its field development plan.

Energean expects to update the market on the total resource volumes within the Olympus area, taking into account the uplifted volumes in both Zeus and Athena, in early 2023.

“Following the start of production from our Karish reservoir last week, I am pleased that our drilling program, which has now delivered five successful wells from five, continues to deliver value, ensuring security of supply and energy competition across the region,” said Energean CEO Mathios Rigas.

“We are evaluating a number of potential commercialization options for the Olympus area that leverage both new and our existing, unique Med-based infrastructure, and we expect to commit to a development concept in 1H 2023,” he added.