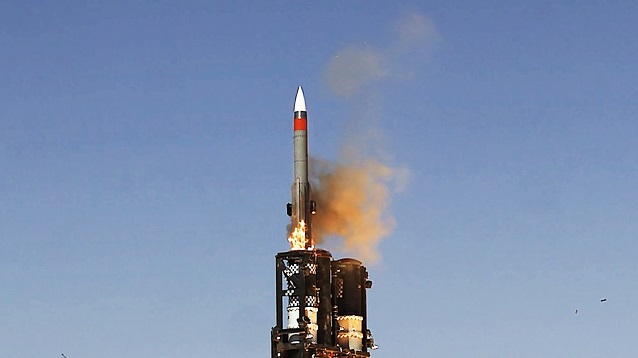 Israeli’s Barak air defense system – which is produced by Israel Aircraft Industries IAI – has reportedly been deployed and is in actual use in the United Arab Emirates (UAE). According to “Tactical Report,” satellite imagery shared on social media appears to show two Barak launch modules and an Elta EL/M-2084 radar in use south of Abu Dhabi.

Recently, the publication “Breaking Defense” reported that a version of the Israeli-made Barak air defense system had been deployed to the UAE. It cited an Israeli defense source as saying, “This is going to be a very big contract, as the Emiratis need a large number [of systems] to protect some of their sensitive sites that have been hit again and again by missiles launched by the Houthi rebels in Yemen, the Iranian proxy in the region.”

It is generally believed that the ant-missile tech is being used to defend against missiles launched by Houthi rebels in Yemen. The Arab Gulf States and Iran have been fighting somewhat of a proxy war in Yemen and the Houthis have attacked countries like Saudi Arabia and the UAE.

Israel and the UAE entered into a peace deal in August 2022 as part of the Abraham Accords. Fear of Iran was one of the factors that led four different Arab Muslim states to now make peace with Israel as part of the Accords.

BARAK MX allows users to tailor your system configuration to face any threat, in any mission and in any battle condition. Connect and utilize any combination of the three BARAK MX components.

The BARAK MX system is capable of simple integration with any existing legacy or new sensors.