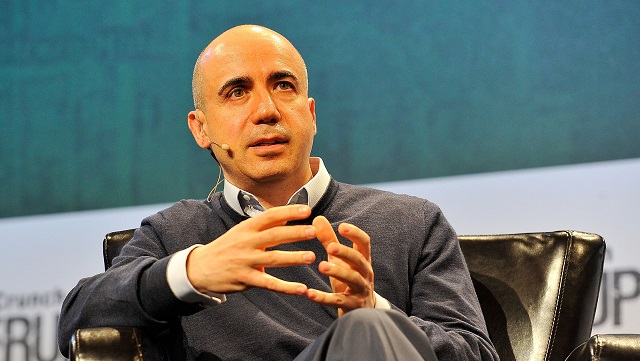 Yuri Milner (Wikipedia) speaks onstage during day one of TechCrunch Disrupt SF 2015 at Pier 70 on September 21, 2015 in San Francisco, California.

Yuri Milner, the Russian-Israeli Jewish billionaire and philanthropist, has renounced his Russian citizenship because of that nation’s continuing attack on Ukraine. Milner, 60, has been an Israeli since 1999.

Born in Moscow, Yuri Milner is a graduate of Moscow State University and holds an MBA from the Wharton School of the University of Pennsylvania. He got his start in business working at the World Bank in Washington, D.C., as a Russian banking specialist focused on the development of private sector banking in the 1990s. Forbes estimates Milner’s net worth at $7.2 billion.

Yuri Milner said in a Tweet, “My family and I left Russia for good in 2014, after the Russian annexation of Crimea. And this summer, we officially completed the process of renouncing our Russian citizenship.”

Yuri Milner is an Israeli technology investor and science philanthropist.

According to his official bio, Yuri Milner is the founder of DST Global, one of the world’s leading technology investors, with a portfolio that has included some of the most prominent internet companies.

Yuri Milner is also the founder of the Breakthrough Prize Foundation, which supports leading researchers in fundamental science and mathematics, helps spread scientific ideas to the next generation, and invests in cutting-edge space programs.

In July 2015, together with Stephen Hawking, Yuri Milner announced the launch of the Breakthrough Initiatives, a suite of space science programs investigating the fundamental questions of life in the Universe. The $100 million Breakthrough Listen initiative has reinvigorated the search for technological civilizations in the Universe, while Breakthrough Starshot, launched with Professor Hawking in 2016, is a $100 million research and engineering program seeking to develop a new technology for uncrewed interstellar travel.