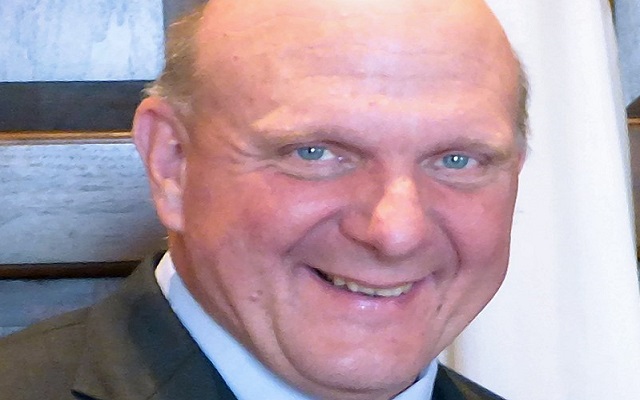 Steve Ballmer has retained the title of America’s richest owner of a professional sports franchise, according to Forbes. The billionaire businessman who made his fortune from Microsoft owns the NBA’s Los Angeles Clippers and is in the middle of building a new $2 billion futuristic sports arena called Intuit Dome for them to play in.

Ranked eighth overall on The Forbes 400 list of wealthiest people in the world, Steve Ballmer has an estimated net worth of $83 billion. The 66 year old was born in Detroit to a Jewish mother, Beatrice Dvorkin.

Steve Ballmer acquired the Clippers in 2014 for a reported price of $2 billion from then owner Shelly Sterling. Sterling took over control of the team when its 88-year-old owner Donald Sterling could no longer manage his businesses due to suffering from Alzheimer’s disease. The Los Angeles Clippers are now valued at $3.3 billion.

As for the Clippers’ new arena, the team has two more seasons left in which it will continue to play alongside its fellow Los Angeles NBA team the Lakers at Crypto/Com Arena.

“This lets us light up our fan base in a new way and we’re pretty excited about the partnership with KTLA,” said Steve Ballmer when showing off the new Intuit Dome located at 3921 W 102nd St. in Inglewood where his Clippers will begin play in 2024.

“It’s really important that we think about the tech in service of the fan experience, now there will be things people haven’t seen before,” Steve Ballmer added about how the new high tech features at the new arena will improve the fan’s experience.

As for the Clippers’ upcoming season, Steve Ballmer is optimistic saying, “I’m a little itchy, baby. We got a great team, you know, we put ourselves in position to do big things this year.”