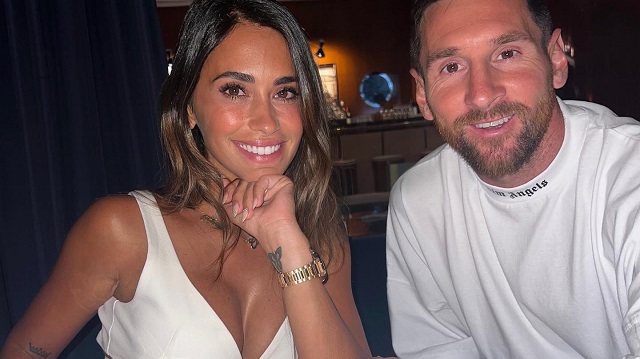 Lionel Messi is an Argentinian international soccer star who currently plays for the European Premiere League team Paris Saint-Germain (PSG). His team visited Israel to play local perennial soccer champions Maccabi Haifa in Haifa the other day. This gave the 12-year-old Israeli boy Ilai Ron Hamarov, who suffers from cancer, a chance to see his favorite player in a live match.

According to a report in Israel’s Ynet News, a family friend of Hamarov’s contacted Maccabi Haifa executives and after explaining the boy’s predicament were given tickets to the big game so Ilai could get to see Lionel Messi play.

“It was impossible to get a ticket,” the friend told Ynet.”Ilai spent most of the past month in the hospital. This is a dream come true for him. And then, we got news out of nowhere. He really looked forward to it and couldn’t believe it. He is ecstatic. The moment I gave him the news he started shouting ‘Messy, Messi” and went to watch videos of Messi in the living room.”

Ilai’s mother added, “When Ilai realized he is going to the game… all he could say was ‘Messi, Messi’. He is very happy, excited by the whole thing. It is his dream to see Messi. If he also manages to meet him, it will be something that cannot be described in words.”

As for Lionel Messi’s future with PSG, it may be in doubt. Paris Saint-Germain football advisor Luis Campos has not confirmed whether or not Messi will be offered a new contract for next season. About Messi, Campos told the Daily Mirror, “Last season was difficult for him. After being an icon in Barcelona for 20 years, he had to make a major life change, in a different place and in a different league than the Spanish one. He needed time. Now we see a Leo who will gradually reach the level we were used to. Will we renew his contract? We have to hope so of course but yes, but hopefully he can stay.”