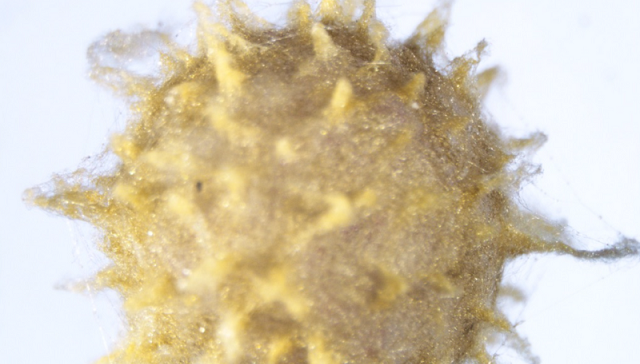 Scientists from Ben-Gurion University (BGU) have studied invasive species and how they migrate in order to better understand why they come as invaders and destroyers to farms and so forth.

Most types of insects and other types of animals like spiders are considered by most people to be pests. But the truth is that these species are beneficial to our environment and our farms, as they prey on the more harmful creatures that do real damage to crops and gardens. These are known as invasive species.

National Geographic defines invasive species as any organism that is not indigenous, or native, to a particular area. Invasive species can cause great economic and environmental harm to the new area. To be invasive, a species must adapt to the new area easily. It must reproduce quickly. It must harm property, the economy, or the native plants and animals of the region. And they can be found both on land and at sea, both as microorganisms or even as large as mammals.

In fact, human beings are probably the worst offender of all – as an invasive species they destroy entire local ecosystems to build cities and highways and more. But people need to be concerned with the smaller types that can destroy crops as well as animal populations.

So, the BGU scientists studied what exactly it is that makes invasive species able to spread and thrive far away from their native habitat? Humans continue to transport species to new environments, both intentionally and unintentionally, which can cause ecological and economic damage. Yet even with the explosive growth of invasive species, we still don’t know a lot about which traits make the most successful invaders able to thrive and spread to new places.

“To better understand invasive species, we need to figure out how traits shift in invasive populations, as some individuals survive transport, and establish and spread to new habitats, thus expanding their range. When this happens, traits can shift as species adapt to the new environment. For example, dispersal ability and defenses against predators and parasites may be particularly important during range expansion,” explained Dr. Monica Mowery, a Zuckerman STEM postdoctoral fellow in Prof. Michal Segoli’s labat Ben-Gurion University.

The brown widow spider, Latrodectus geometricus, is an invasive species with neurotoxic venom, and is related to the better-known black widow. The brown widow is likely from southern Africa, and since the 1930s has been spreading to many regions around the world, including to Israel and the United States, mainly through human-mediated transport. By studying a globally invasive species like the brown widow, it is possible to use the invasion as a natural experiment to answer ecological and evolutionary questions, and better manage other global invaders. In the U.S., brown widows were first found in Florida in the 1930s, and by 2000 had reached California, 3,500 kilometers away. In Israel, the spiders were first detected in Tel Aviv in 1980, and have more recently spread south through the Negev Desert to Eilat, and north to Haifa. Brown widows live at high densities in urban habitats like parks and playgrounds and may displace local spider species. As a result, they can have negative effects on both humans and the ecosystems they invade.

In addition to spreading with humans, spiders commonly disperse on their own using silk as juveniles, often soon after they emerge from the egg sac. Spiders can disperse short distances by rappelling, attaching silk lines to nearby objects, or long distances by ballooning, where they release strands of silk, and can even travel hundreds of kilometers. Even Charles Darwin was fascinated as spiders ballooned past the HMS Beagle. Dispersal propensity is a key factor in invasion success but is rarely studied in the field. In a recently published study, Mowery found that brown widow spiderlings from a newly invasive population in the Negev Desert dispersed aerially under an unusually broad range of temperatures, wind speeds, and during the day and night (Mowery et al 2022, Ethology). This study is an important step to understanding the importance of ballooning vs. human-mediated dispersal during the species’ range expansion.

In another new study in Animal Behaviour (Mowery et al., 2022), Mowery, in a collaboration between Prof. Yael Lubin at Ben-Gurion University, Dr. Ally Harari at the Volcani Center, and Maydianne Andrade and Andrew Mason at the University of Toronto Scarborough, tested how traits of invasive spiders shift on a broad geographic scale on two continents. They compared eight populations of invasive brown widows, four in the United States, and four in Israel, for which the first detection dates are known. To test which traits shifted during the invasion process, they collected spiders from these populations, and measured their tendency to disperse, as well as traits that may affect survival and establishment, such as spider body size, and traits related to reproduction and fecundity in the lab.

Interactions with native competitors and predators may affect invasion success. After colonization, invasive species spread to new locations, where they may have an advantage over native species. One possible advantage is avoidance of parasites or better defenses against them. In a new study in Behavioral Ecology, Mowery, Valeria Arabesky, Prof. Yael Lubin, and Prof. Michal Segoli tested this idea by comparing the defenses of the invasive brown widow and a native white widow spider. They found that a common natural enemy, a parasitoid wasp, prefers native white widow spider egg sacs compared to those of the invasive brown widow spider. More and larger wasps emerged from the native widow egg sacs, indicating that the species is a better host for the wasp. The lower suitability of brown widow egg sacs for the wasp parasitoid may explain the rapid invasive spread of brown widow spiders worldwide.

“Once we know which combinations of traits lead to invasion success, we will be able to better predict potential invasive species and manage species that are already spreading,” concluded Mowery.