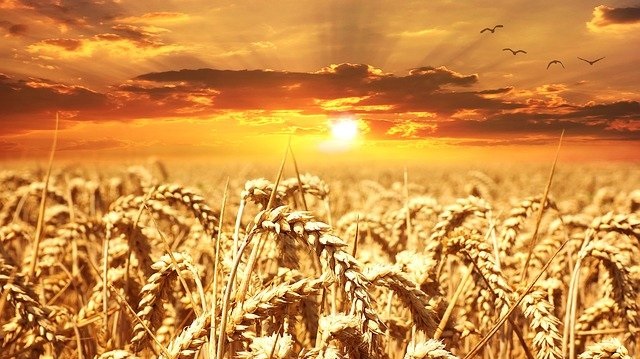 Researchers from Tel Aviv University, together with international scientists, have isolated three disease-resistance genes from wild grasses, enabling resistance to rust diseases that cause severe damage to wheat yields worldwide. These diseases are commonly known as “Rust.”

The project was facilitated by several technological innovations that drastically cut down the time needed to identify and isolate genes from wild plant species and transfer them into cultivated plants.

Rust refers to a type of fungus that can destroy plant life, including crops.

According to England’s RHS, rusts are amongst the most common fungal diseases of garden plants. Trees, shrubs, herbaceous and bedding plants, grasses, bulbs, fruit and vegetables can all be affected. Rust diseases are unsightly and often (but not always) reduce plant vigor. In extreme cases, rust infection can even kill the plant.

And the World Food Programme explains that as many as 828 million people go to bed hungry every night, and the number of those facing acute food insecurity has soared – from 135 million to 345 million – since 2019. A total of 50 million people in 45 countries are teetering on the edge of famine.

And the war in Ukraine aggravated global food insecurity because of the disruption that it is causing to the world supply chains and the inability of Ukraine to export grains that have been essential to worldwide food production.

As for the new scientific breakthrough, the three genes were isolated from plants preserved in the Liberman Okinow Gene Bank of Wild Cereals at the Institute for Cereal Crops Research (ICCR) at Tel Aviv University. Two of the genes, providing immunity against stem rust disease, were isolated by an international team led by researchers from the UK. The third gene, isolated by researchers at TAU, provides resistance against two different diseases – leaf rust and stripe rust, currently exacerbated due to rising temperatures around the world. Prof. Amir Sharon, Head of ICCR, says that isolating the genes was enabled by several technological breakthroughs, and that these novel technologies can also be used to isolate genes for other beneficial properties. Transferred into the genome of cultivated wheat, such genes will serve to generate better wheat varieties – featuring higher yields, and resistant to diseases, pests, and harsh environmental conditions.

The research team at TAU explains that wheat supplies about 20% of all calories and proteins consumed by humanity, rising up to 50% in some regions. However, through the millennia, the process of cultivation has reduced the diversity of wheat varieties, and consequently modern wheat varieties are more vulnerable than their predecessors to diseases, pests, and climate hazards. Now, the escalating climate crisis creates an urgent need to produce wheat varieties capable of thriving in extreme environmental and climatic conditions and withstanding pests and diseases. “Just as each of us carries only a small part of his/her grandparents’ genes, cultivated wheat contains only a remnant of its ancient ancestors’ genetic heritage. Since wheat first originated in our part of the world, wild cereals growing in our region are the progenitors of cultivated wheat, still carrying a rich variety of genetic traits that can be used to develop improved wheat varieties,” explains Prof. Sharon.

“Certain traits of wild plants have already been incorporated into cultivated wheat over the years, however this great genetic potential remained mostly untapped, since, until recently, it took more than a decade to isolate a single gene. Today, thanks to several technological breakthroughs, especially genome sequencing and bioinformatics, we can isolate new genes in less than a year. Thus, in the past year alone, three genes providing resistance to various rust diseases were isolated from seeds of wild plants preserved in our gene bank. These genes, implanted in cultivated wheat, can significantly reduce damage from the relevant diseases with no need for pesticides – preventing yield losses while also protecting the environment. In addition to disease resistance, we are collaborating with researchers worldwide to isolate genes for other beneficial traits. Thus, for example, we work with researchers from Ben-Gurion University who recently isolated pest-resistance genes from wild wheat, and in our own Institute we identified a new gene in wheat progenitors, that may provide endurance in an arid climate.

“With the support of the Chief Scientist of Israel’s Ministry of Agriculture, and the Israeli Center for Genome Editing in Agriculture, we have established a center for wheat transformation and genome editing at ICCR. This is an important milestone, enabling us, for the first time, to perform effective wheat transformation here in Israel,” says Prof. Sharon. Dr. Arava Shatil Cohen, Head of the wheat transformation unit, adds: “With these technologies we can implant new genes and use genome editing methods to give wheat new properties. We utilize our systems to promote research at ICCR, and also help companies and researchers from other institutions who wish to use this technology”.