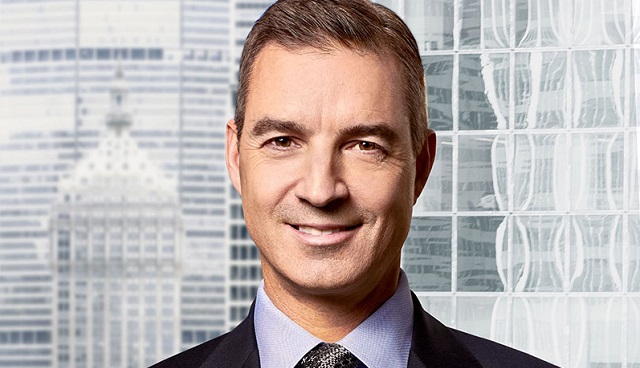 What a difference a month makes. Activist billionaire investor Daniel Loeb is no longer pushing Disney to dump its flailing cable sports network ESPN. Daniel Loeb has been buying up Disney stock through his Third Point investments firm, which now holds about $1 billion of Disney stock. But until now he has said that he wanted the company unload ESPN.

Not too long ago, Daniel Loeb told Disney CEO Bob Chapek in a letter “ESPN would have greater flexibility to pursue business initiatives that may be more difficult as part of Disney, such as sports betting. We believe that most arrangements between the two companies can be replicated contractually, in the way eBay spun PayPal while continuing to utilize the product to process payments.”

But now Daniel Loeb tweeted, “We have a better understanding of ESPN’s potential as a standalone business and another vertical for Disney to reach a global audience to generate ad and subscriber revenues. We look forward to seeing Mr. Pitaro execute on the growth and innovation plans, generating considerable synergies as part of The Walt Disney company.”

For his part, Disney CEO Bob Chapek explained to Deadline, “There’s a reason why we love ESPN. There’s so many dimensions of sports and we’re passionate about it, and we have a plan.”

Apparently, Disney continues to get offers to buy ESPN. And Chapek said that this fact “says something about the power of sport and the advertising business when you’ve got that large of an audience that has to watch it at that moment. News and sports are the only two things that you have to watch at that moment. So, if you happen to have a vision for the future that the rest of the world’s not necessarily in tune with yet, then you keep ESPN. You keep ESPN, and you have a full complement of general entertainment, family news, sports that no other entertainment company can touch.”

And Chapek told Reuters, “We believe that ESPN is an asset that is well placed within the Walt Disney Company.”

So why has Daniel Loeb been so down on ESPN?

ESPN has been bleeding viewers for years. The age of live-streaming has not been kind to the once powerhouse of sports. It was an original content provider at the dawn of cable television, along with other specialty networks like CNN. But now, with all manner of streaming packages offered by the major sports, people no longer need to tune in for their sports content. And the Internet has mooted the need for sports fans to watch the once hugely popular Sports Center, a show that provides a roundup of the day’s sports news.

In fact, ESPN is only generating strong revenue in spite of plummeting ratings because Disney requires cable providers buy the channel as part of a package of Disney offerings. But more and more people are cutting the cord, dropping cable, and moving to live streaming alone. This means that sooner or later the cable companies will not be willing to pay for ESPN anymore. And this is what Daniel Loeb understands.

But, apparently, he has decided to be diplomatic and does not want the matter of ESPN to disrupt his overall plans for Disney.