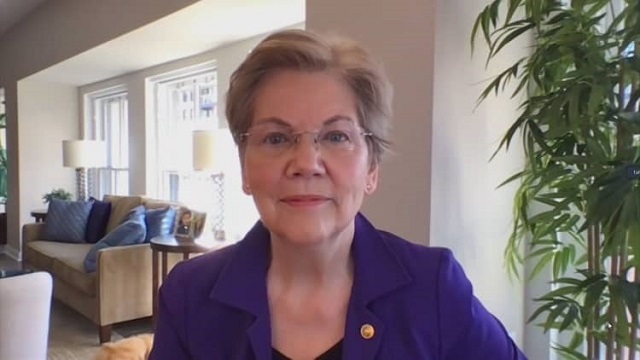 Mark Cuban is not happy with Senator Elizabeth Warren of Massachusetts’ proposal to add new taxes on America’s billionaires. The billionaire owner of the NBA’s Dallas Mavericks actually said “screw you” to Senator Warren in an interview.

Democrats like Elizabeth Warren have not been shy at all when it comes to voicing their opinion that America’s wealthiest 1 percent do not pay their fair share in taxes and should be taxed more. In an interview with CNBC a few months ago, Senator Warren said, “When you make it big … let’s also ask that you pay a fair share in taxes. The 99% pay about 7.2% of their total wealth in taxes every year. That top one-tenth of 1% pays less than half as much. That’s not right. Make an investment so the next Elon Musk gets a chance to make it big as well.”

On America’s “self-made” billionaires like Elon Musk and Mark Cuban, Elizabeth Warren added, that no one gets that rich all on their own. “I’m happy to celebrate success, but let’s remember, Elon Musk didn’t make it on his own,” she said. “He got huge investments from the government, from taxpayers, from those public school teachers and those minimum wage workers who’ve been paying their taxes all along to get that business up and running and help see it through rough times.”

Well, Mark Cuban is no one to hold back on what he is thinking. The mercurial billionaire has never been known to be diplomatic, nor to keep his thoughts to himself. And he certainly did now make an exception for Elizabeth Warren.

At the 2022 annual Code Conference from Vox Media in Los Angeles the other day, Mark Cuban said about Elizabeth Warren’s proposed tax increases, “I don’t mind being taxed more. I wrote a blog 20 years ago saying it’s the most patriotic thing you can do, after military service, is pay your taxes, because that’s what allows everybody to live and to prospect.”

“But yeah, the idea of ‘soak the rich,’ billionaire tears that fill that cup — screw you, Elizabeth Warren. You’re everything that’s wrong with politics,”