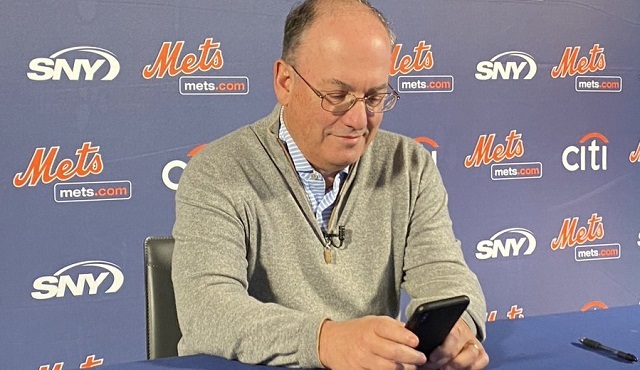 Billionaire investor Steve Cohen owns the New York Mets who currently have the highest payroll of all of Major League Baseball’s (MLB) teams at $291.8 million (including injured and released players) and its second best record after the Los Angeles Dodgers, But the team is clinging to a slim lead in its division, now cut down to just one game, so its owner says he is willing to spend a lot more to win.

Cohen made the comments while appearing on “The Show – A NY Post Baseball Podcast” with Joel Sherman and Jon Heyman. And he certainly can afford to spend the extra bucks considering the fact that the Mets would still turn a huge profit and that Cohen himself is worth an estimated $17.5 billion, according to Forbes.

Just last month Steve Cohen closed the deal on an estate in an unincorporated area of Palm Beach County near Boca Raton and west of Delray Beach, called Stone Creek Ranch, which is described as one of the most exclusive communities in Florida.

Steve Cohen bought the New York Mets from Jewish real estate mogul Fred Wilpon at the end of 2020 for $2.45 billion.

“We’ve made a lot of progress. I would love to win the World Series – that would be fantastic,” Steve Cohen said in the interview. Only one team wins the World Series every year and, if I remember correctly, the Dodgers won seven or eight division titles before they actually won a World Series so it is hard to win. The only thing you do is put yourself in position where things can happen and hopefully, that’s the case for us. I like this team, I like what they do, they are tenacious, they never give up and that is a pretty good character trait once you get into the playoffs.”

The Los Angeles Dodgers won it all in 2020, which was the first championship for the team since 1988. But the 2020 season was shortened from 162 games to just 60 because it was delayed due to the Coronavirus crisis.

“I like to set high goals and try to achieve them,” added Cohen. “There’s no guarantees we’ll get there. Like I said, only one team can win every year but you have to set high goals otherwise you just aren’t going to stretch and try and achieve things that others may think are difficult or impossible. That’s what I like to do and that is the type of thing I do in everything I do. I think that’s the right approach.”

On finding new ways to keep the games fun and interesting and to bring fans into the ballpark, Steve Cohen said, “We’re always experimenting. We have DJ nights on Friday night and we’re always thinking of new ways to enhance the experience for our fans and we’re always trying new ideas. It is at the forefront of our minds and if we can get the young fans involved, then even better.”