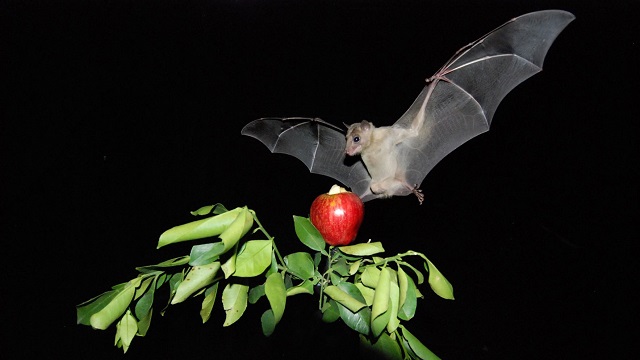 Covid-19 probably did not come from bats. This is according to a new Tel Aviv University study that such rejects assertions, and said that bats have a highly effective immune system that enables them to deal relatively easily with viruses considered lethal for other mammals.

So, does this mean that the whole “bats caused Covid” theory will go down in history as just another urban myth? It seemed that the same people blamed the Chinese for allowing the mutation of the new plague because of its “wet markets” where bats and other exotic animals are sold for food to the general public also blamed it on a leak from some secret Chines government lab where they were making such virus.

Both stories were proliferated on the Internet and social media all throughout the Coronavirus pandemic, the worst such pandemic that the world was forced to suffer through in a century. But, unfortunately, the people who get their knowledge about science and “alternative facts” from loud mouths with YouTube channels and the online rumor mills will probably not care what proof is brought forward about the true origins of Covid-19.

The new study was led by Dr. Maya Weinberg from the laboratory of Prof. Yossi Yovel, Head of the Sagol School of Neuroscience and faculty member of the School of Zoology & Steinhardt Museum of Natural History at Tel Aviv University. The research team reviewed dozens of leading articles and studies in this field, and their conclusions were published in writing in the prestigious iScience Journal.

The researchers explain that the infamous reputation of the bats is well known among both – the scientific community and the public at large, that they are often accused of being reservoirs of viruses including Covid-19, thus posing a threat to public health. In the present study, Dr. Weinberg sought to disprove this erroneous theory and show that bats play an important role in exterminating insects, replanting of deforested areas, and pollination of a number of crops.

The researchers claim that there is indeed evidence that the origin of the ancient potential Covid-19 was in bats. However, until now, two years after the pandemic first broke out, we still do not know for sure what the exact origin of the COVID-19 variant is.

Dr. Weinberg said, “In general, bats are mistakenly conceived of as reservoirs of many contagious disease, only due to their being positive serologically positive; in other words, in possession of antibodies, which means that bats have survived the disease and developed an immune response. After that they overcame the virus altogether and disengaged from it; hence, they are no longer its carriers. Nevertheless, in many cases, a virus similar to a human pathogen is liable to be found in bats; however, it is not pathogenic to humans, and is not sufficient to use bats as a reservoir.”

Dr. Weinberg further explained that in order to examine the overall situation, his team conducted a meta-analysis of the literature and checked the finding for over 100 viruses for which bats are considered potential reservoirs; such as Ebola, SARS, and COVID. We found that in a considerable number of cases (48%) this claim was based on the incidence of antibodies or PCR tests, rather than actual isolation of identical viruses. Moreover, many of the reported findings are not convincing.

“The mere isolation of a virus is not enough to see an animal as a reservoir,” he said, “since a minimum number of index cases is required in which the virus is isolated in order to be considered a reservoir animal, as well as the existence of an established path of transmission. Furthermore, the very detection of a particular virus in bats does not necessarily ensure further infection, and other biological, ecological and anthropogenic conditions must exist in order for such an event to occur.”

According to the researchers, simultaneously, in recent years evidence is accumulating of the fact that bats are capable of coping with different viruses, including lethal ones, better than humans and most other mammals. After over 100 years of focus on viruses carried by bats, it appears that bats’ immune system is characterized by a restrained response during inflammatory processes. As we see it, bats have developed an excellent balance between resistance and tolerance: an increased defense response of the host, and immune tolerance through a number of different mechanisms. Moderate inflammatory pathways contribute to immune tolerance with bats, and a well-balanced response that prevents the virus from developing.

To conclude, Dr. Weinberg added, “the comprehensive study we’ve conducted raises serious doubts regarding the possibility of bats being the origin of the Covid19 outbreak. The findings give rise to the opposite perspective, according to which we must study in-depth the immunological anti-viral capabilities of bats, and thus obtain new and effective means of coping in humanity’s struggle against a contagious disease, aging and cancer.”