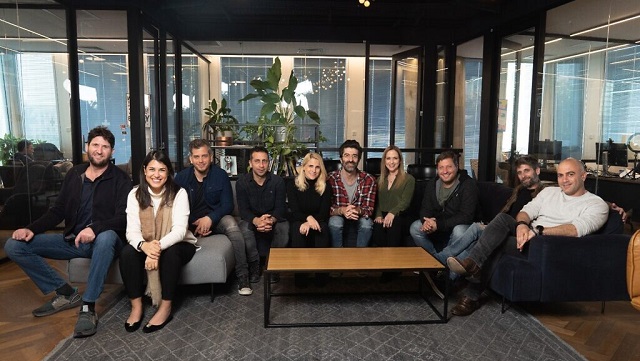 Israel Startup Nation saw a number of mergers and acquisitions in August, several of which were actually Israeli firms buying out foreign ones. The biggest deal, involving IronSource, was the completion of a long planned merger that hit a bump in the road in July. And in one case, an Israeli company decided to oppose a takeover bid; even though, the prospective buyer offered a premium above its share price.

Unity Software Finalizes $4.4 Billion IronSource Acquisition
In August, American video game company Unity Software and Israel-based ironSource which offers a multi-media platform, completed their merger. The merger, which was first announced in July, came into doubt when another firm threw a wrench into the works.

After the Unity/IronSource deal was first announced, gaming software Company AppLovin made a $17.54 billion takeover bid for Unity Software. But Unity’s board of directors declared on Monday it had unanimously determined that the AppLovin bid was not in the best interests of Unity shareholders and would not reasonably be expected to result in a “Superior Proposal” as defined in Unity’s merger agreement with ironSource.

Rewire Acquired By Remitly
Rewire, an Israeli fintech startup that has developed a services platform for migrant workers was acquired by Remitly Global, a global digital financial services provider for immigrants and their families, for $80 million. The deal was for a combination of stock and cash.

Founded in 2015 by Guy Kashtan (CEO), Adi Ben Dayan (VP R&D), Saar Yahalom (CTO), and Or Benoz, Rewire says that it is shaping the way international workers manage their finances and that it is building the first “international borderless banking platform for migrants during their time abroad until their return home to a more secure future.”

Stratasys Buys Germany’s Covestro
Also in August, Israeli 3D printer manufacturer Stratasys acquired the German additive materials company Covestro AG for $43 million. With additional performance payments, the total could come to as much as $80 million. The purchase of Covestro included R&D facilities and activities, global development and sales teams across Europe, the U.S. and China, a portfolio of approximately 60 additive manufacturing materials, and an extensive IP portfolio comprised of hundreds of patents and patents pending.

Stratasys offers 3D printing solutions for industries such as aerospace, automotive, consumer products and healthcare. Through smart and connected 3D printers, polymer materials, a software ecosystem, and parts on demand, Stratasys boasts that its solutions deliver “competitive advantages at every stage in the product value chain.”

Founded in 2015, Covestro is a manufacturer of high-quality polymer materials and their components. With its innovative products, processes and methods, the company helps enhance sustainability and the quality of life in many areas.

Founded in 2018 by Co-CEOs and Co-founders Jeff Myers and Ryan Belanger-Saleh, Gatsby Digital, Inc. says that it is not a broker-dealer nor an investment advisor. Securities and investments are offered through Gatsby Securities, LLC. , Members FINRA and SIPC.

Founded in 2007 by Yoni and Ronen Assia, and David Ring, eToro developed a platform where users can invest in a variety of equities, commodities, indices, and cryptocurrencies. eToro is a global community of more than 27 million registered users who share their investment strategies. The platform enables users to easily buy, hold and sell assets, monitor their portfolio in real time, and transact whenever they want.

Kaltura Fights Panopto Takeover Bid With Poison Pill
Israel’s Kaltura, which provides live and on-demand video SaaS solutions, decided in August to try to fend off a hostile takeover bid being made by American video platform Panopto by taking what is commonly known as a “Poison Pill.” At the end of July, it was reported that Panopto is offering $3 a share in its bid which would give Kaltura a $383 million valuation. And the $3 price represented as much 27% above Katura’s share value at the time the offer was revealed.

Under the plan, one preferred stock purchase right will be distributed for each share of common stock held by stockholders of record on August 22, 2022. Under certain circumstances, each right will entitle stockholders to buy one one-thousandth of a share of newly-created Series A Junior Participating Preferred Stock of the Company at an exercise price of $13.00. The Company’s Board of Directors will be entitled to redeem the rights at $0.01 per right at any time before a person or group has acquired 10% (20% in the case of a passive institutional investor) or more of the outstanding common stock.