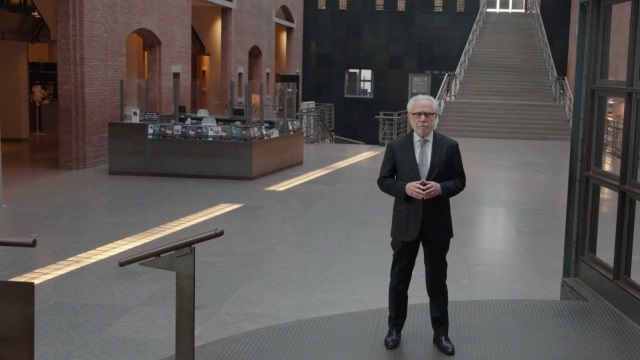 Wolf Blitzer, the famed CNN news anchor, has a new television special on the network about the United States Holocaust Memorial Museum in Washington, DC. During the special, Blitzer shared his personal connection to the Holocaust, telling the story of how his father was a Holocaust survivor. He also lost all four of his grandparents in the Holocaust.

A living memorial to the Holocaust, the United States Holocaust Memorial Museum inspires citizens and leaders worldwide to confront hatred, prevent genocide, and promote human dignity. Federal support guarantees the Museum’s permanent place on the National Mall, and its far-reaching educational programs and global impact are made possible by generous donors.

At one point during the special, Wolf Blitzer said, “If we don’t learn from those blunders and those mistakes and horrible experiences, we’re bound to repeat those kinds of horrors down the road. So that’s why it’s so important [and] when people come to Washington I recommend it all the time — go visit the US Holocaust Memorial Museum.”

“I drive by there all the time on the way to work and for me,” he added, “it’s very, very personal to see what’s going on as the son of Holocaust survivors and as the grandson of four grandparents who were murdered by the Nazis during World War II.”

Wolf Blitzer is anchor of The Situation Room with Wolf Blitzer, which airs weekdays and provides viewers with in-depth reports about the political, international and breaking news stories of the day.

Blitzer began his career in 1972 with the Reuters News Agency in Tel Aviv. Shortly thereafter, he became a Washington, D.C., correspondent for The Jerusalem Post and reported from the nation’s capital for more than 15 years. Wolf Blitzer has been with CNN for over 30 years having joined in 1990 as the network’s military-affairs correspondent at the Pentagon. He then served as CNN’s senior White House correspondent covering President Bill Clinton from November 1992 election until 1999, when he became the anchor of CNN’s Sunday public affairs program Late Edition with Wolf Blitzer and remained for more than a decade.