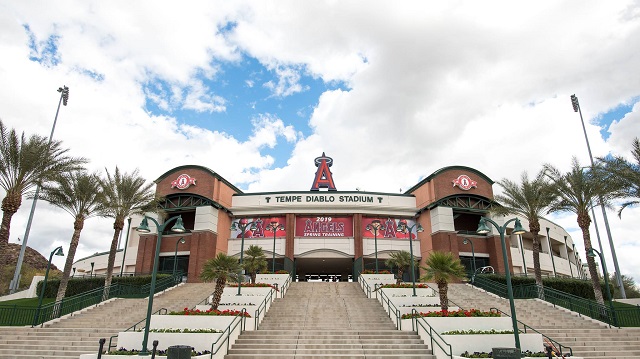 Steve Ballmer, the billionaire businessman who made his fortune from Microsoft, is not looking to buy the MLB’s Los Angeles Angels. The man already owns the NBA’s Los Angeles Clippers and is in the middle of building a new $2 billion futuristic sports arena called Intuit Dome for them to play in.

Officially known as the Los Angeles Angels of Anaheim, the Angels are currently out of the playoff picture with no chance of even getting a wild card berth. Today the team has a 54 – 73 record after it was expected to be in playoff contention this season. The Angels acquired some big talent before the season like pitcher Noah Syndergaard who they took from the New York Mets as a free agent, signing him to a one year $21 million contract. But Syndergaard did not perform up to expectations and once the Angels were out of playoff contention they dumped him on the Philadelphia Phillies in a trade.

Fans were hoping that Steve Balmer would buy the team and bring his billions with him to help resuscitate the franchise in much the same way that Steve Cohen has been doing since he acquired MLB’s New York Mets. And now the team’s owner Arte Moreno – the first Mexican American owner of an MLB team – who has owned it since 2003, is looking to sell.

But Bill Shaikin of the Los Angeles Times has reported that Steve Blamer has no interest in the club. And he also reported that the enigmatic owner of the NBA’s Della Mavericks Mark Cuban I not interested in the Angels either; although, he has shown interest in acquiring an MLB team in the past.

As for the Intuit Dome, the new arena is expected to open in 2024 and be home to the Clippers. Steve Ballmer acquired the Clippers in 2014 for a reported price of $2 billion from then owner Shelly Sterling. Sterling took over control of the team when its 88-year-old owner Donald Sterling could no longer manage his businesses due to suffering from Alzheimer’s disease.